About the "future where pizza is delivered by the army of automatic driving car" An interview told by Domino Pizza CEO Patrick Doyle has been released. Doyle said he would be "surprised" unless a major shift by the automatic driving car occurs within the next 10 years.

Domino's Pizza CEO: Your Pizzas Will Probably Be Delivered by Autonomous Cars - The Street
https://www.thestreet.com/story/14439472/1/dominos-pizza-ceo-talks-about-future-of-fast-food.html

Since Doyle became CEO in 2010, Domino Pizza's stock price rose by 1500%. Domino pizza's profit increase is seen as being focused on strengthening operations and focusing on digital orders such as websites and apps. 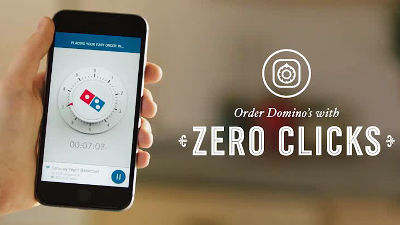 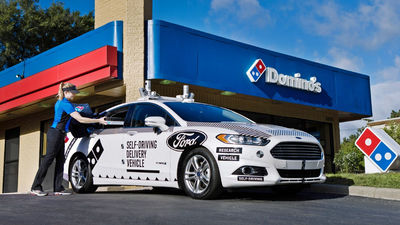 In response to the question that Doyle CEO is able to think of TheStreet's "Can you imagine the army of an automatic driving car delivering pizza?", "A big shift by an automatic driving car will occur within 10 years Because I am thinking, the answer is yes ". In addition, "I can not answer until just when it happens, but three to five years in the shortest time, I will be surprised if it does not occur within 10 years, so I understand when the change will occur someday We are spending time and resources to do it. "

Domino Pizza's order has already been digitally done, and although it is unknown whether phone orders will be completely lost, it is expected to continue decreasing in the future. Also, although the speed of operation and delivery process is important from the customer's feedback received so far, it is known that another "pizza handmade" is very important to customers And that. This is why Domino Pizza has taken off the wall and remodeled the shop so that the customer can understand what kind of work is being done.

From the above point of view, there seems to be a possibility that a service will be offered that burns pizza in front of you using an automatic driving car.CES 2018Toyota is a next generation electric vehicle exclusively for mobility services that can be utilized for a variety of purposes such as movement, logistics,"E-Palette Concept" cited as a source, The car that appears in the opening image is exactly this image.


An unindividual black minibus is sliding.

A lab was sucked into one of the cars.

This is sucked in and the character "MOBILE HOTEL" appears in the car.

In the car you can try shoes that you chose in the online shop.

Payment is completed automatically when you leave the door with your shoes on.

Also, when you are in a hurry to work, but you have to move.

With e-Palette you can continue to work in the same environment as office even while you are on the move.

Appearing in this movie is a car that has a pizza shuttle and can order a pizza on the spot and present it to customers. In the future where automatic driving cars have become commonly used, it seems that development of domino pizza that cooking is carried out while moving to the absence of drivers and delivery destinations.