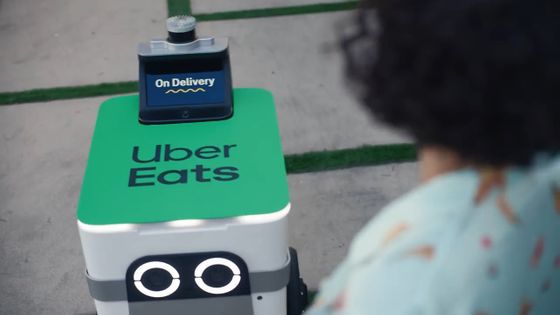 Uber, which develops food delivery services and vehicle dispatch services, announced on May 16, 2022 local time that it will start testing 'a service where robots and self-driving cars that autonomously drive on the sidewalk deliver food.'

You can understand the 'food delivery service by a robot that autonomously travels on the sidewalk' announced by Uber from around 6 minutes and 2 seconds in the following movie. 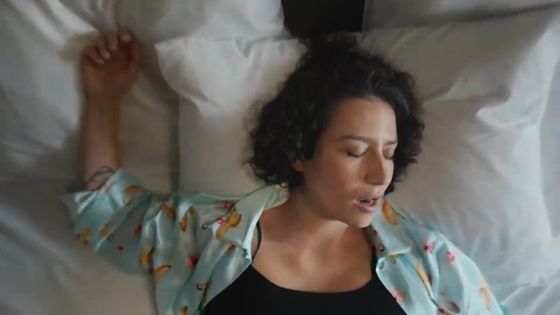 When ordering food on your smartphone ... 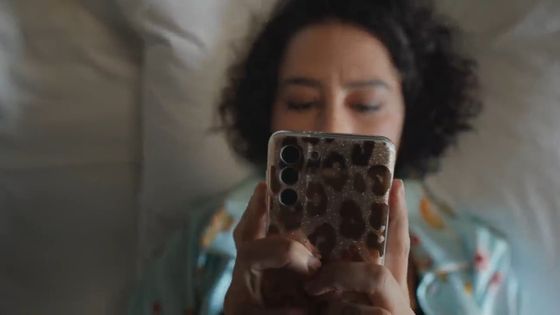 I rushed to sleep twice. 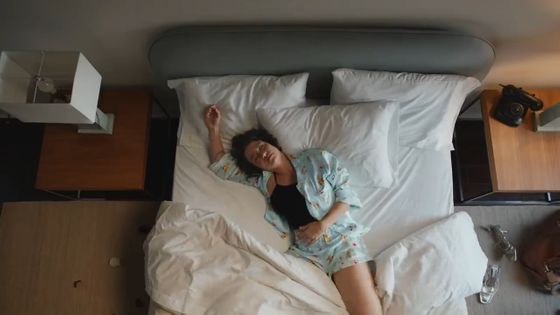 I finally woke up when I received a notification on my smartphone that the food I ordered would arrive in 5 minutes. 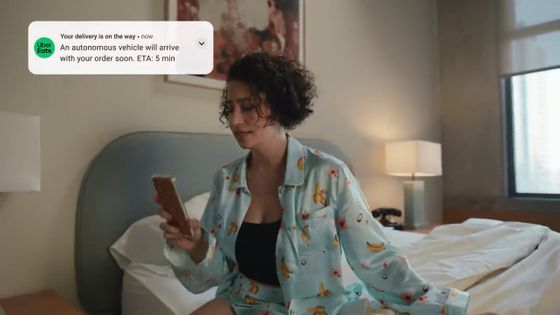 When a woman who got up with a spirit comes out to the front of the house ... 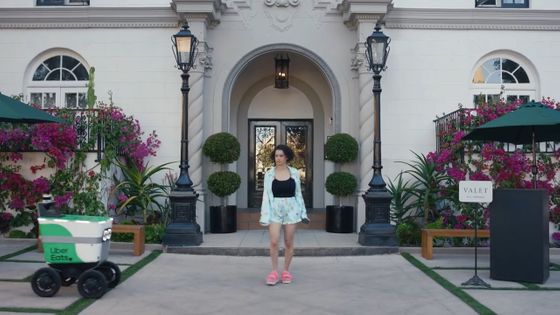 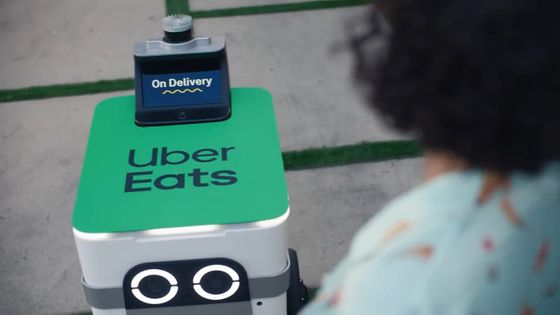 When you enter the passcode that arrived on your smartphone ... 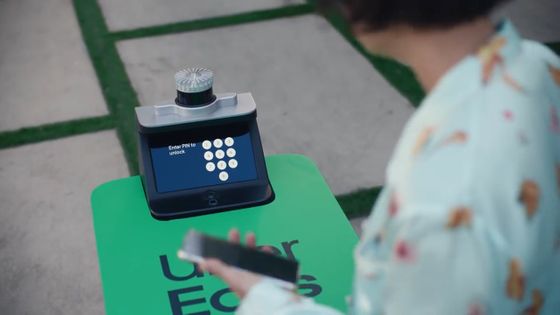 You can receive the food inside. 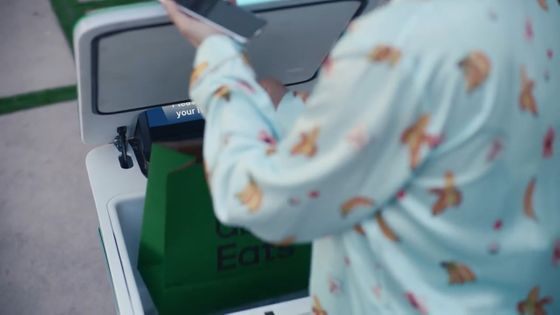 The woman was confused but smiled. 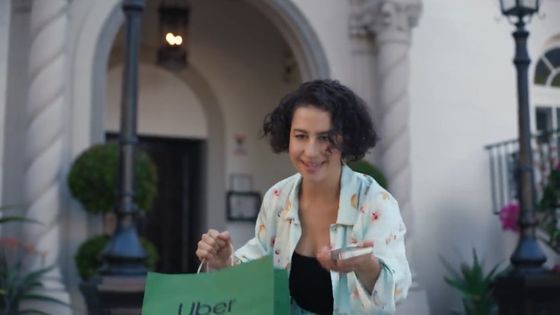 The autonomously driven robot food delivery service will be tested in

West Hollywood , Los Angeles County, California, in partnership with Serve Robotics , a delivery robot developer spun out of Uber in 2021 . 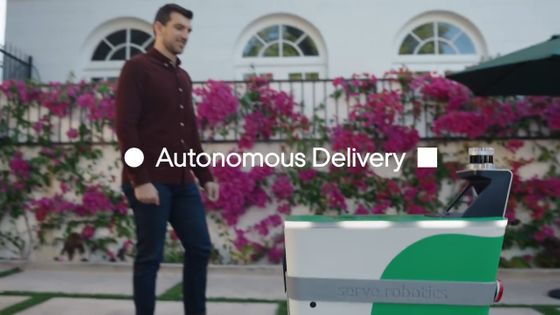 LIDAR and sonar, and is equipped with a level 4 autonomous driving system that enables almost fully automated driving under limited areas, up to £ 50 on a single charge. It is said that it can carry 25 miles (about 40 km) of goods (about 22.7 kg). During the test period, the delivery robot is monitored by a remote operator, and in certain situations such as crossing a road, the operation may be taken over by the operator. 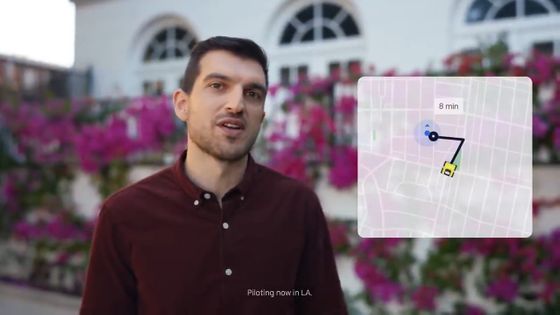 Uber has also partnered with

Motional , a developer of self-driving technology, to announce the rollout of self-driving car food delivery services in Santa Monica , Los Angeles County. In addition, during the test, it is said that a human operator may board the vehicle being delivered and manually drive it if necessary according to the regulations of the Department of Motor Vehicles of California. 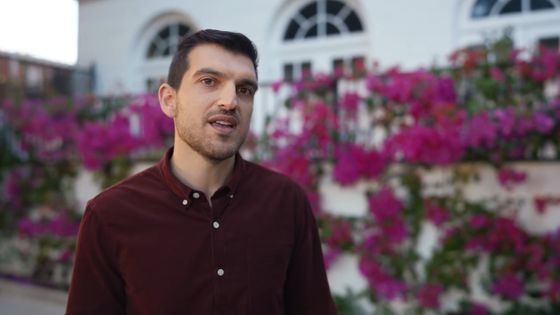 Uber spokesman said that both services will first support home delivery from a small number of restaurants and cafes, Serve Robotics' home delivery robots will focus only on short-distance deliveries, and Motional will also handle long-distance deliveries. Said. A spokeswoman told TechCrunch, an overseas media company, 'From these two pilot deployments, what customers and dealers really want, and what kind of delivery service to start integration with self-driving car manufacturers. You can learn if it makes sense. We hope that these two experiments will be successful and that we will continue to learn and expand over the next few months. '

Note that TechCrunch isn't affiliated with Aurora , a startup that Uber once sold its self-driving division. Uber is considering partnering with multiple players in the area of food delivery and told TechCrunch that it may partner with more companies in the future.