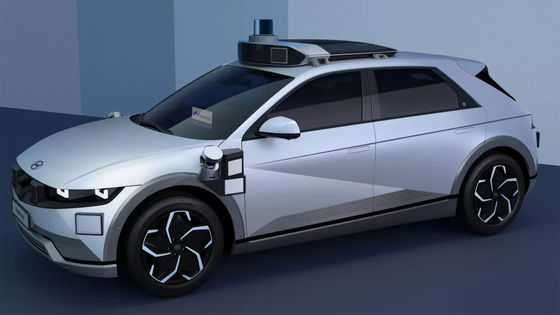 It has been revealed that Uber, a provider of ride-hailing and food delivery services, plans to launch a pilot program for food delivery using self-driving cars in California, USA in 2022. 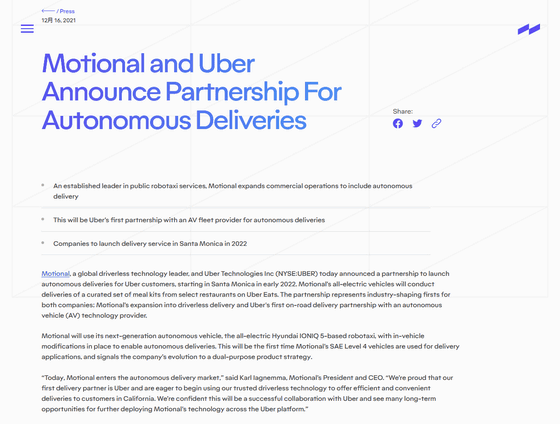 Uber and Motional Will Use Robotaxis for Food Delivery --dot.LA
https://dot.la/motional-uber-robotaxis-food-delivery-2656056058.html

Uber is a Korean car manufacturer Hyundai of the automotive supplier Aptiv is a joint venture, working on the development of automatic operation vehicles Motional affiliated with. Motional announced that from 2022, self-driving cars using Motional's technology will carry out part of the delivery work at Uber Eats in Santa Monica, California.

The vehicle used is Hyundai's IONIQ 5 equipped with Motional's autonomous driving technology. Automatic operation technology that provides the Motional is in automatic operation level as defined by the American Society of Automotive Engineers (SAE) and the 'system that can automatically a part of the traveling or a specific operation without the driver of the operation' level 4 a It has been realized. However, a Motional spokeswoman told Engadget that 'the service will start with a safety operator on the vehicle,' and it seems that delivery will not be by unmanned self-driving cars. 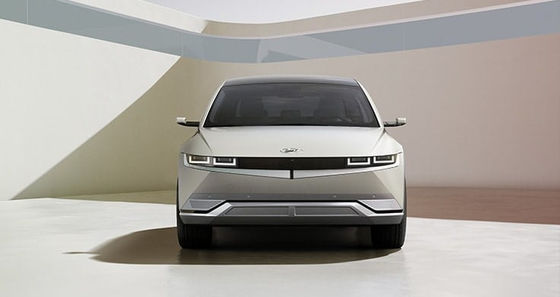 In addition, not all Uber Eats delivery in Santa Monica is handled by Motional's self-driving car, but the limited menu provided by some Uber-affiliated dealers should be delivered by self-driving car. It seems that

'Our customers and partners expect Uber to be convenient, reliable and innovative,' said Sarfraz Maredia, vice president and head of Uber Eats in the North American region. Collaboration is about meeting and surpassing these expectations, 'says Uber.