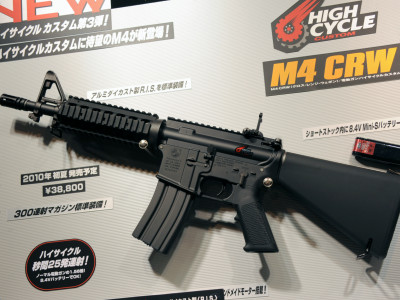 "M4 Close Range Weapon" displayed at Tokyo Marui booth. The rifle in the right is the model decorated with genuine option parts. A special label for the custom. 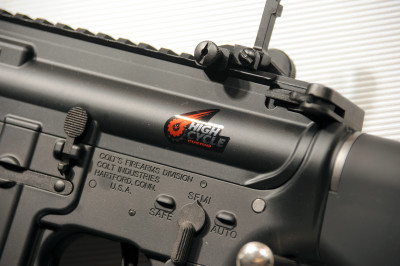 The battery is held in the stock and shoots more than 4000 rounds per charge. 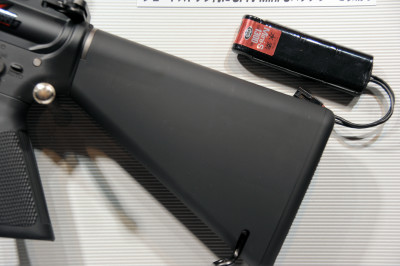 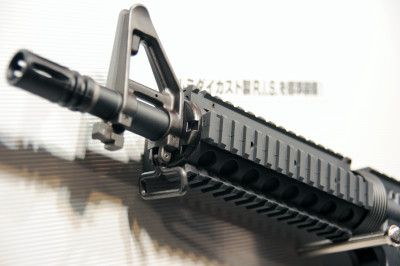 Its 25 rounds/sec firing speed is totally awesome. It's a great rifle not only for barrage but also for sniping and double tap shooting by its short lock time. 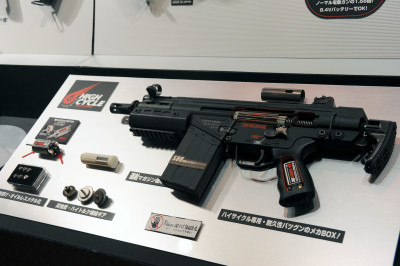 These custom parts are also sold separately for users who customize their rifle themselves. 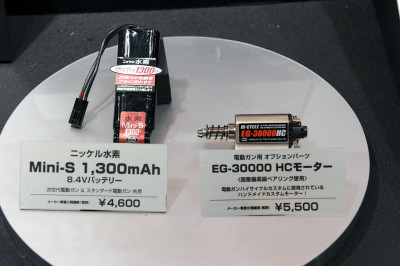 You can decorate your own rifle with genuine custom parts. 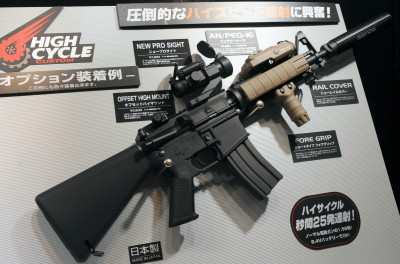 That's what tacti-cool means, isn't that? 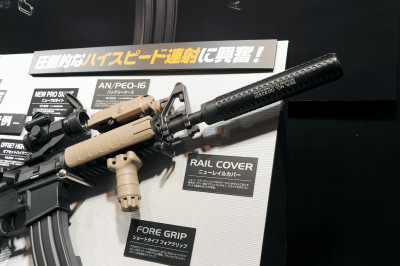 Mateba Revolver, Togusa’s gun from “Ghost in the Shell” came out as an airsoft gun in TOKYO TOY SHOW - GIGAZINE