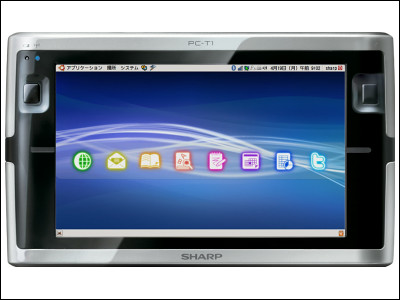 As a compact tablet computer with 5 inch touchscreen LCD, the new model is even more lightweight(280g/0.6 lb) than its predecessor and features more pre-installed softwares.

According to the press release, "NetWalker PC-T1" will be released in late May.

The biggest difference must be its tablet-style interface. Opting for stylus/finger based touchscreen input instead of a full keyboard, the new model weighs only 280g whilst its predecessor weighs 408g. Can be connected to Bluetooth keyboard via Bluetooth 2.1＋EDR connection. 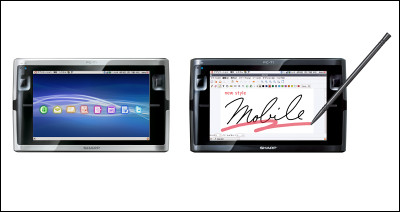 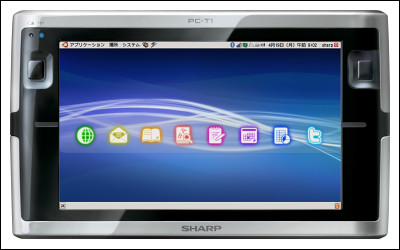 Back. With "Lock" switches like the ones you see on iPods or cell phones. 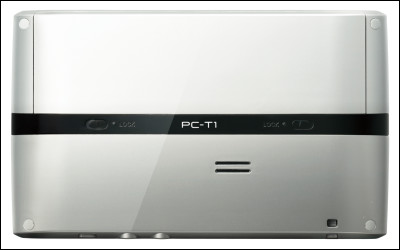 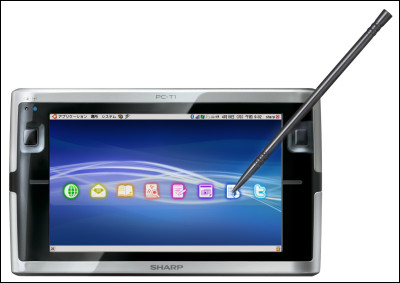 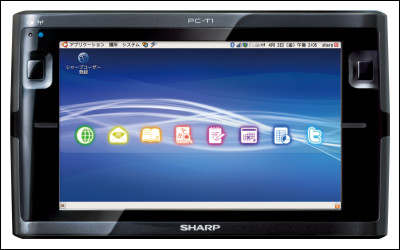 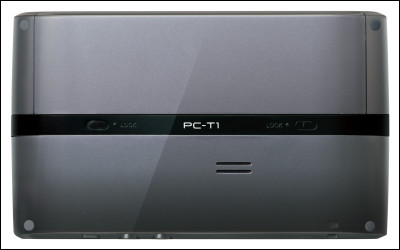 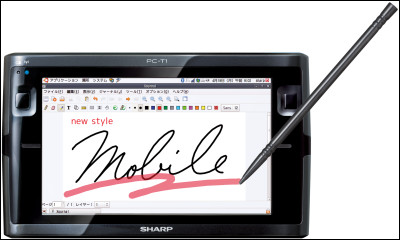 Here's a link to the official site.
(Japanese)NetWalker "PC-T1" SHARP