Neko Yakuza: The Formidable Clan of Outlaw Cats in Japan 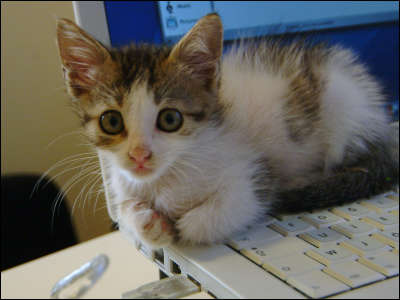 Cats are capable of looking pure evil at times. Though kitten pics on Internet tend to show the cuddly, adorable side of cats, some pictures manage to capture the rare moment of a cat revealing its dark side.

Read on for details and pics.
This is the cat yakuza Family. The origin is unknown but this image can be frequently seen on 2channel. Long story short: ② is the current Godfather of the Family who lost his wife. His daughter, ⑩, harbours a crush on ⑥ but with everyone expecting ⑥ to marry her and become the next Godfather, it's not easy to admit her feelings, what with the teenage angst and all. ⑥'s little sister ⑱ is supportive of the two, forever giving them not-so-subtle nudges. Meanwhile, ⑨, a spy from rival clan, has infiltrated the Family and hitman ⑫ is after ①. ① sets for a counterattack, hiring another hitman ⑭ who seeks to avenge his parents' death...

You can totally see some subplots developing, like ⑮(the runaway son of ⑪) recruited by a rival family, or ⑥ getting pinned for something and his old friend ⑯ saving his ass...so much possibilities.

Too complicated? Some people came up with more comprehensive chart. 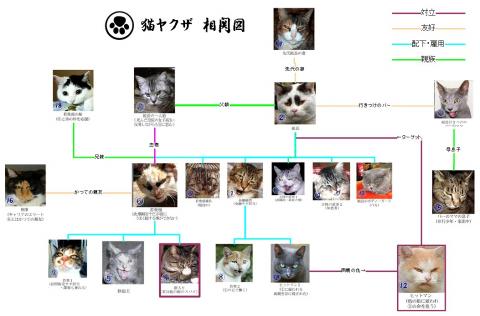 We also found an anime-style rendition by pixiv user B255.