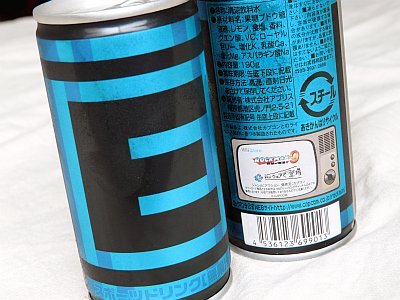 Capcom's video game "Mega Man" is one of the hard core gamers' choice. The power recovoring item "E-can" from the game was recreated.

Read on for detail.
It looks just as like as appeared in the game. 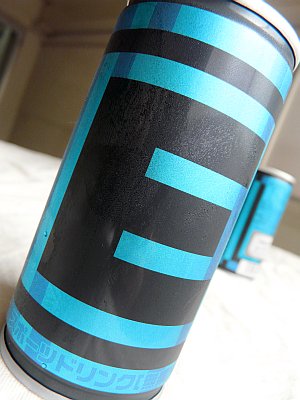 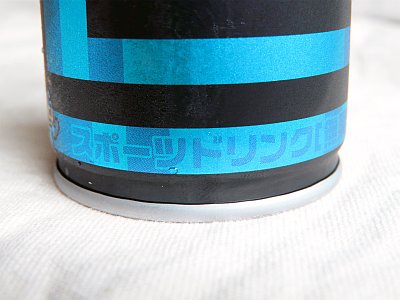 Nutrition fact. Hopefully it looks like available for human being. 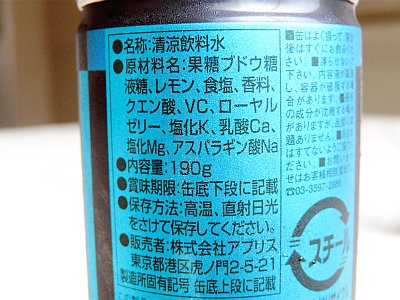 Mega Man on the corner. 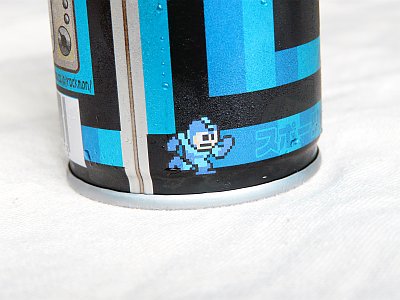 The advertisement of Mega Man 9 which will be sold as Wiiware. 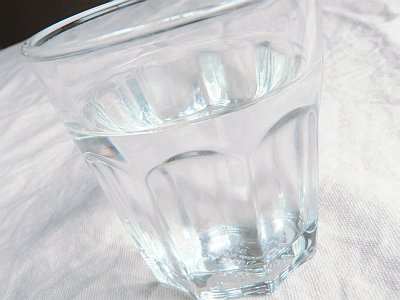 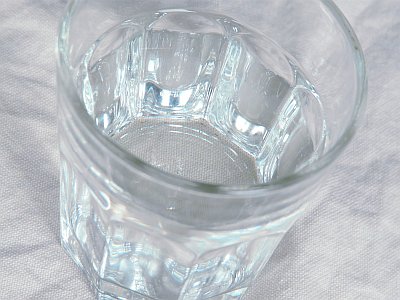 A taste is a bit sourer than usual isotonic drinks like Pocari Sweat. Isotonic doesn't means "Energy" but if you have an passion as a geek, it might work. Just maybe.