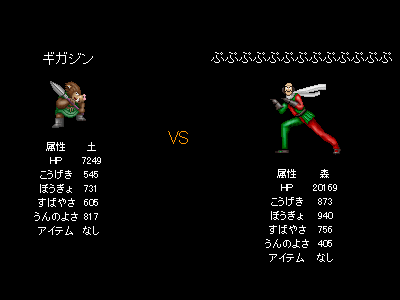 "Sakusaku Monster Battle" is an online game where you can summon a Dragon Warrior-ish monster just by entering a name. He will battle against another monster.

The looks and status of the monster depends on his name. Try and make an invincible one.
(Japanese)Sakusaku Monster Battle

This is the top page. Input whatever name that popped in your mind and the battle will begin. 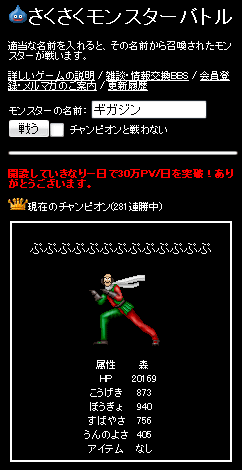 Your opponent is the current champion "ぷぷぷぷぷぷぷぷぷぷぷぷぷ"(Pupupu...) who's winning 281 straight victories.

Next page, you get the outcome of the battle. 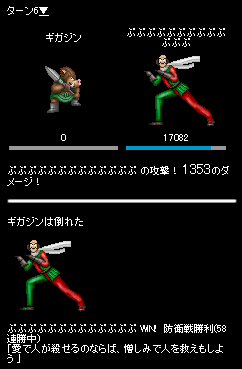 It only took the champion six turns to defeat "ギガジン"(Gigazine). 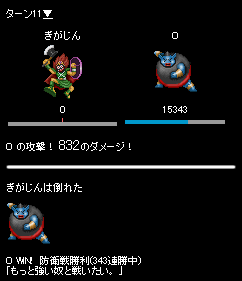 Alphabet and numbers can be used for the names, and you can also play it on your cell phones. Might be a entertaining way to kill time.