The world population of 8 billion is expected to be reached on November 15, 2022 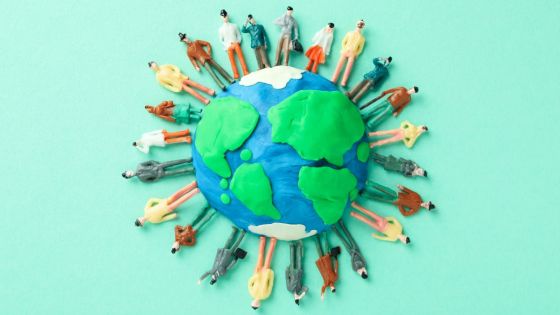 In recent years, the population of Japan has continued to decline, but the population of the world as a whole continues to increase. The World Population Prospects 2022 released by the United Nations Department of Economic and Social Affairs in July 2022 estimates that the world population will reach 8 billion on November 15, 2022. 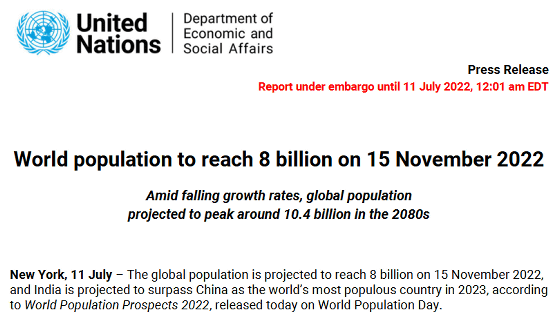 The decline in the population growth rate is due to the significant decline in the birth rate in many countries. In Japan as well, the total fertility rate ( total of age-specific fertility rates for women aged 15 to 49) has continued to decline since the second baby boom in the 1970s. Dropped to 1.30 . 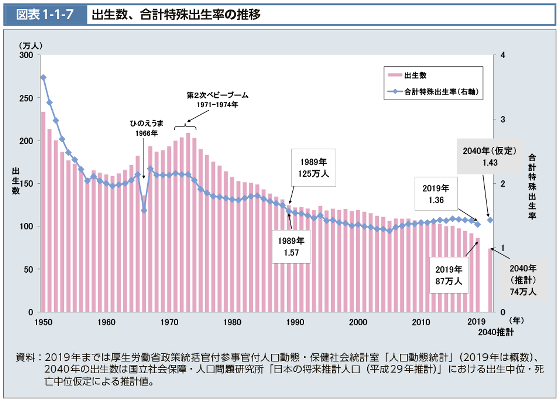 At the launch of the World Population Prospects 2022 edition, UN Secretary-General António Guterres said, “Reaching eight billion people is a numerical milestone, but our focus will always be on people. In the world we seek to build, eight billion people mean eight billion opportunities to live dignified and fulfilling lives.” I'm here.

Detailed data on Japan's population is published by the Statistics Bureau of the Ministry of Internal Affairs and Communications at the link below, and the latest population estimate at the time of writing the article (final value in May 2022, estimated value in October 2022) According to the report, the total population is 124.83 million.