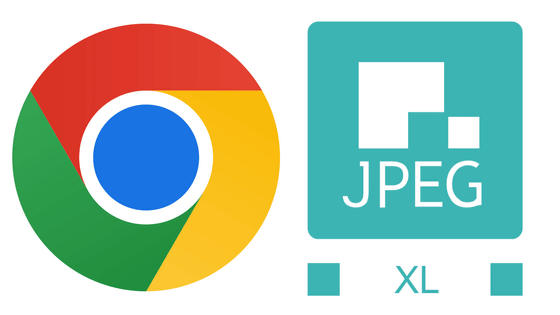 JPEG XL '', which has higher quality and higher compression than the JPEG format. The JPEG XL format was just standardized in October 2021, and was experimentally supported from Chrome 91, but the support setting will be removed from Chrome / Chromium 110.

Google Outlines Why They Are Removing JPEG-XL Support From Chrome - Phoronix
https://www.phoronix.com/news/Chrome-Dropping-JPEG-XL-Reasons

The JPEG format has the advantage of ``high compression rate and small file size'', but there was a problem that the compression process is irreversible and noise increases and image quality deteriorates. The JPEG XL format, which was developed based on Google's PIK and Cloudinary 's FUIF , is an open and royalty-free format that achieves a high compression rate of 60% higher than the JPEG format while adopting lossless compression that can restore the original data. . In 2017, the Joint Photographic Experts Group , a standardization organization, launched a technical public offering for the JPEG XL format, and released a reference implementation of the JPEG XL format in December 2019. The file format was decided in December 2020 and made into an international standard in October 2021.

In Chrome, support for the JPEG XL format itself started in 2021. However, on October 29, 2022, Chrome / Chromium M110 committed to discontinue support for JPEG XL.

Regarding this matter, an engineer of the Google Chrome development team said in

Chromium's issue tracker , ``Experimental flags and code should not be left indefinitely'', ``There is not enough interest from the entire ecosystem to continue experimenting with JPEG XL'', and ``JPEG XL doesn't offer enough advantages over existing formats to justify enabling it by default' 'Removing flags and code reduces the maintenance burden and makes Chrome's existing formats We will focus on improving ', he said that support was discontinued.

When displaying high-resolution images as web content, the user experience changes greatly depending on the device and line conditions to access. In the image format so far, we had to choose between ``highly compressing in JPEG format to reduce the file size but lowering the image quality'' or ``prioritizing image quality with lossless compression in PNG format''. However, the JPEG XL format, a lossless compression image format that boasts a high compression ratio, can solve this dilemma.

However, Google has been actively promoting the

WebP format as an image format for the web for some time. Phoronix, a technology news site, believes that the JPEG XL format has been discontinued in Chrome because it is a format that directly conflicts with Google's WebP format. If support is abolished in Google Chrome, the browser that holds the overwhelming share, web developers will not actively adopt the JPEG XL format.

Google is also working on the WebP 2 project from 2021. However, this WebP 2 project is not intended to develop a next-generation standard for the WebP format, and Google says, 'WebP 2 is not planned to be released as an image format, but will be used as a playground for image compression experiments. ' said.

Phoronix said, ``Chrome has removed support for the JPEG XL format, WebP2 has not been pursued as a released image format, and Google will eventually focus on further evolving the WebP and AVIF formats for next-generation images. It seems to hit, ”he commented.