'FLIF', an image format that is free and supports lossless compression and progressive display, and is 40% or more higher than PNG. 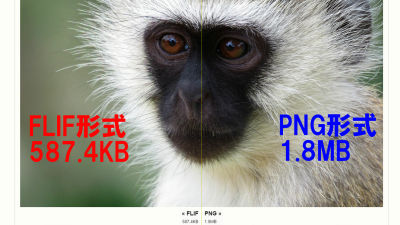 The FLIF image format, which can reduce the file size by more than 40% compared to the general image format of PNG and supports lossless compression and progressive display, has appeared. And FLIF is provided free of charge under the 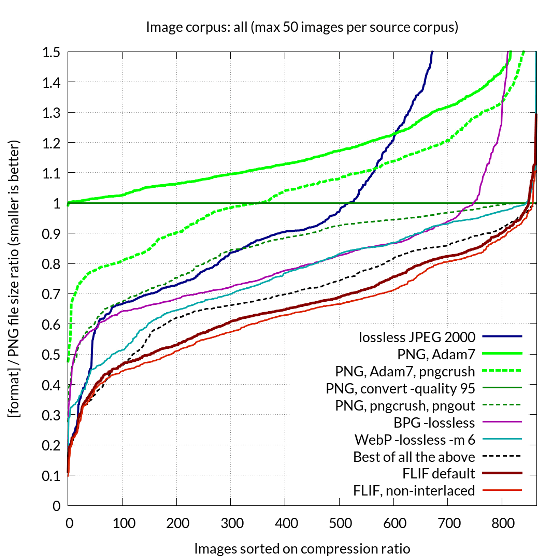 Instead of reading the image from the beginning of the data, it also supports progressive decoding, which can display the image according to the download size. The following movie shows how a FLIF image compares with a PNG image to see how the image quality increases as the file size increases.


Also, on the following page, you can check the image quality of the FLIF image using a demo that can switch between FLIF and PNG images linearly and compare.

Displaying the original image on the left and right with FLIF (left) and PNG (right) looks like this. The image size is 153.8KB for FLIF and 282.9KB for PNG, which is about 46% smaller than FLIF. 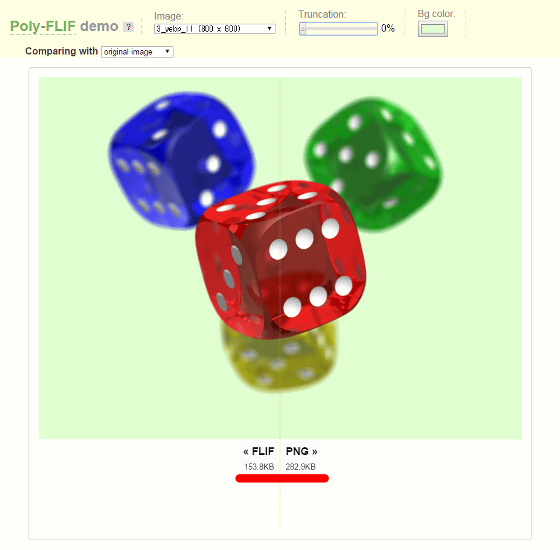 Even if the data capacity is further reduced by setting the Truncation to 40%, the difference in image quality is hardly noticeable. You can clearly see the power of the progressive function of FLIF. 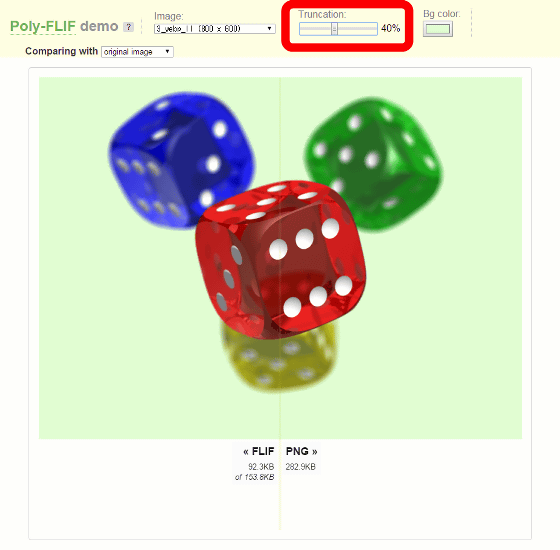 As for FLIF that can be used for free, the image compression software and viewer software 'UGUI FLIF' is released on the following page, so I will try it immediately. 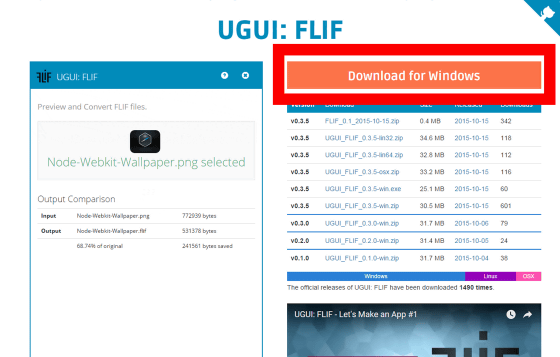 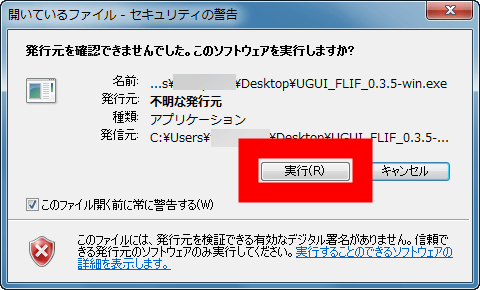 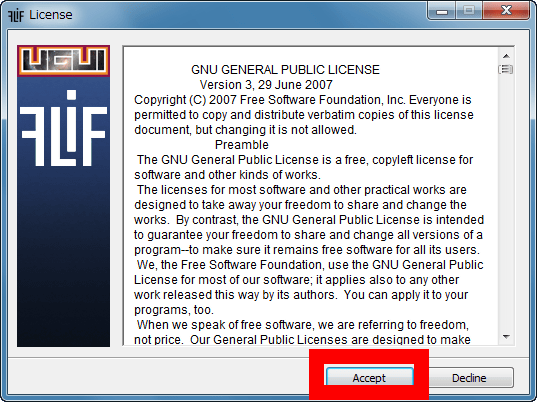 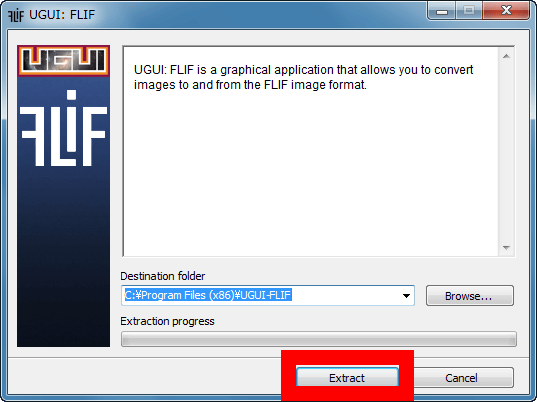 Execute the shortcut that appears on the desktop to start 'UGUI FLIF'.

How to use UGUI FLIF is extremely simple. Just drag and drop the PNG / PNM / PPM / PBM / PBM / PAM format image you want to convert to FLIF into the window. 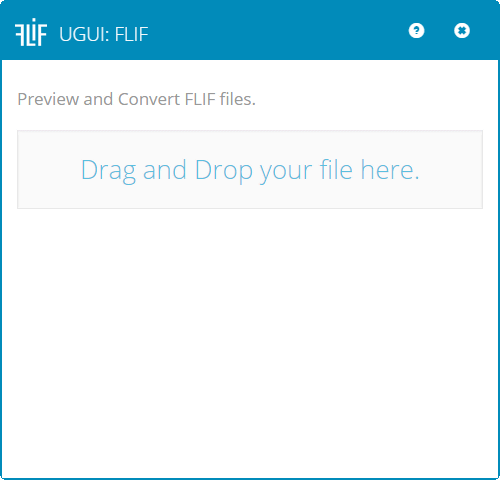 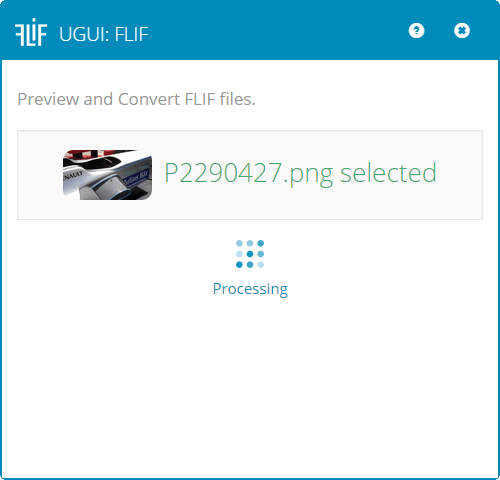 After a while, a FLIF image called 'P2290427.flif' was generated on the desktop. The size of the FLIF image is about 5.2MB, which is about 47% of the original PNG image. 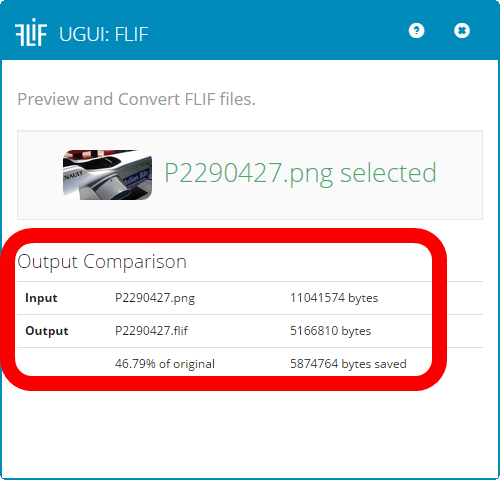 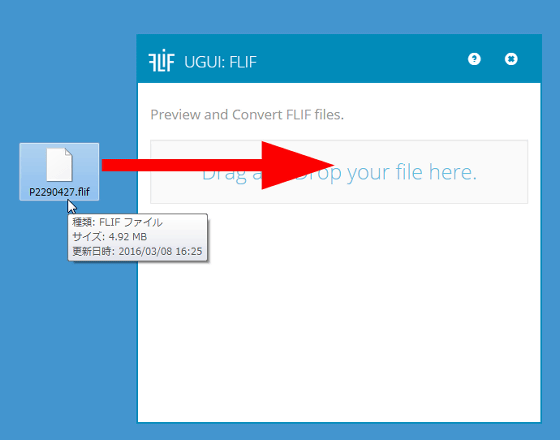 You can also losslessly convert FLIF images to PNG, PNM, and PAM formats by clicking the buttons below the images. 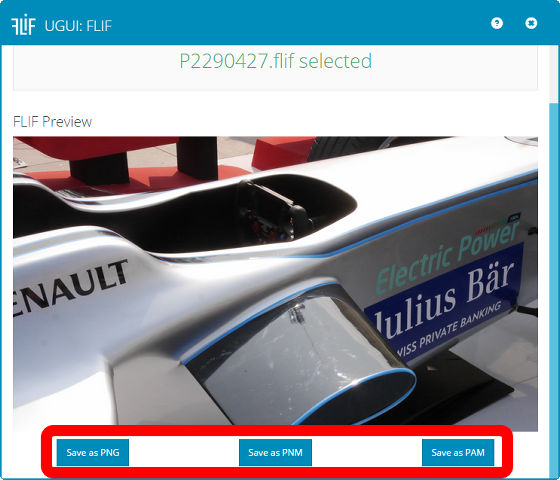 FLIF, which can greatly reduce the file size while maintaining image quality, is also commercially available, so it is expected that viewers, image software, and browsers will respond in the future.