Regarding Tesla's `` fully automatic driving function (FSD) '', the American consumer group criticized `` automatic driving is just a name '', and the danger of skipping without recognizing children in the test turned out. Safety issues are often pointed out. It was newly reported that the company was under investigation by judicial authorities over the claim that 'Tesla cars can drive automatically'.

In a report on October 25, 2022, Reuters revealed that Tesla is under investigation by the U.S. Department of Justice for allegations related to autonomous driving. The Justice Department has launched an investigation since the end of 2021 after more than a dozen crashes, including fatal ones, have been caused by the company's Autopilot feature, according to three insiders familiar with the matter. About.

In a Tesla car, in April 2021, a Tesla Model S crashed into a tree and caught fire, causing two people to die , and in July 2022, a Tesla car crashed into the rear of a trailer. Traffic authorities have launched a special investigation. 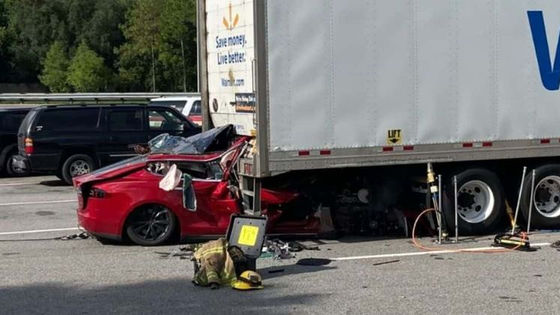 The focus of the law enforcement investigation is ``whether Tesla misled consumers, investors and regulators by making unsubstantiated claims about the capabilities of its driver-assistive technology.'' A more serious level of auditing could also be possible due to potential criminal charges against Tesla executives, the sources said.

Mr. Musk also said at an investor briefing on the third quarter 2022 earnings report announced on October 19, ``Soon customers will be able to drive without touching the driving device,'' while saying, `` I'm not saying that no one should be in the driver's seat,' he added, emphasizing that the driver still needs to be in the driver's seat.