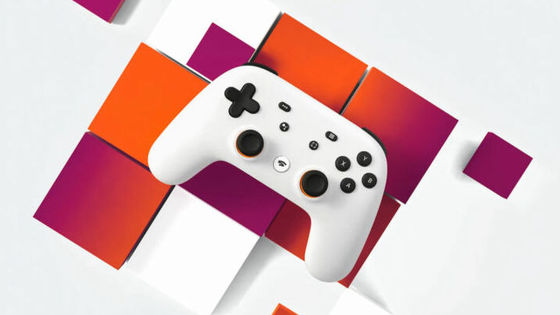 On September 30, 2022, Google announced that it will end its cloud gaming service Stadia . Regarding the sudden service termination while competing services such as GeForce NOW and Xbox Cloud Gaming are competing, overseas media TechCrunch said, ``Like most of Google's recent products, no one expects Google to keep the service alive for a long time. I didn't believe it,' he points out.

Stadia died because no one trusts Google | TechCrunch
https://techcrunch.com/2022/10/01/stadia-died-because-no-one-trusts-google/

In February 2021, Google announced that it would close its Stadia-only game development division . Since then, the suspicion that 'Google will terminate the Stadia service itself?'

However, as of July 29, 2022, Stadia's official Twitter account responded to the user's question, ``Will you end the service soon?'' ``Stadia will not end the service. Please rest assured that we are always working hard to provide even better games for our platform and our paid subscription service Stadia Pro.If you have any other questions, please contact us.'

Stadia is not shutting down. Rest assured we're always working on bringing more great games to the platform and Stadia Pro. Let us know if you have other questions.

In fact, Stadia announced its end of service two months after this tweet. This means that when upper management was already working to shut down Stadia, the social media team, developers, and many others hadn't been informed of plans to shut down the service.

In fact, game developer Tom Vian , who was planning to release a game called ' Tangle Tower ' two days after Stadia announced the end of service, tweeted, 'I learned that Stadia will end service for the first time from the news.' increase.

Tangle Tower was due to launch on Stadia in 2 days time, and this article was the first I heard about it shutting down ???? https://t.co/Pu0UPTQlRn

``It may be great that Stadia is refunding players, but it should have been discussed in advance with the game developer,'' said Paul Tassi, a reporter at the economic newspaper Forbes.

Google refunding Stadia players is great and all but maybe they should have talked to like, any developers pic.twitter.com/ZoXBy3vsMf

TechCrunch wrote, ``Stadia could have been successful if it still offered a compelling product. Unfortunately, Stadia wasn't that kind of service. Still, it wasn't clear who Stadia was for: the vast majority of gamers who want to play the hottest new titles like Deathloop already own a console or gaming PC. Why would they buy DEATHLOOP on Stadia instead of PS5 or Steam?It definitely looks better on PS5 and Steam than it does on Stadia. Also, free-to-play games like Genshin Impact can be played not only on home consoles but also on smartphones, and millions of users actually play the mobile version.” If it was a proposal that said, 'Pay, Google's magic will let you play games wherever you want on PlayStation, Xbox, Nintendo Switch, and PC,' it might have made sense,' he said at Stadia. It points out that there was no clear reason to buy the game.

Also, TechCrunch said, ``I have a Super Nintendo, and I can still play the game as I did when I bought it.I've been using Mario Kart and Metroid cassettes for 30 years.Steam has 10 I have games that I bought over a year ago that are still playable, and games that I bought on my PS3 are still playable.Companies like Nintendo, Valve and Sony have built trust over decades.' He noted that Google has neglected to build such trust.

He continued, pointing out that Google has terminated numerous services and projects so far , saying, ``If you know Google's service termination habit, people who would pay hundreds of dollars (tens of thousands of yen) other than the main service It shouldn't be.' ``Many people know that anything other than Google's core services can't be trusted,'' he said.

In addition, the name of Stadia has been added to the website `` Google Graveyard '', which summarizes the services and projects that Google has completed. 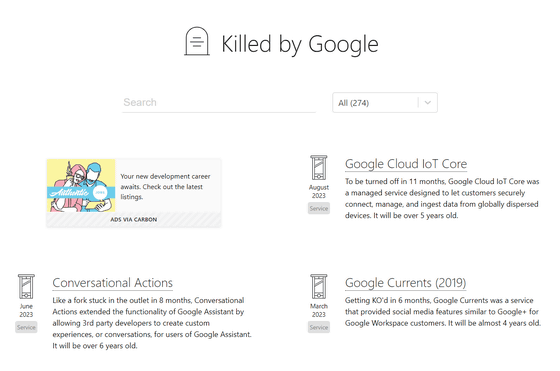