Stable Diffusion '', which is a hot topic as it can generate very high-precision images, is open source, so users can run it in the local environment, but at the time of article creation, NVIDIA GPUs are used. is recommended. Therefore, some people may say, 'I'm worried about Stable Diffusion, but I can't run it locally because I'm a Mac user.' For such Mac users, a web service Replicate that runs an open source machine learning model with a cloud API explains `` How to run Stable Diffusion locally on a Mac with M1 / M2 chips ''. 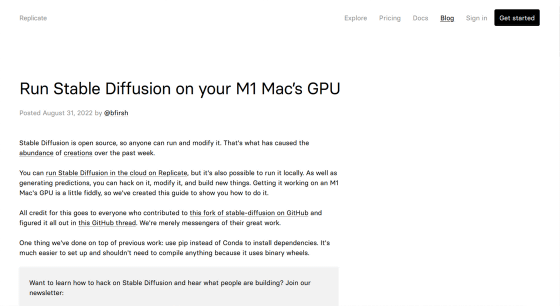 As a prerequisite, the device to be used must be a Mac with an M1 or M2 chip and the OS must be macOS 12.3 or later version. Also, although it works with 8GB of RAM, it is very slow, so it is desirable to have 16GB or more of RAM if possible.

First, Python 3.10 or higher is required to run Stable Diffusion, so if you don't have it installed, install the latest version of Python from the package management system Homebrew .


After installing the latest version of Python, clone a fork of Stable Diffusion.


Next, set up Virtualenv to install dependencies ...


Activate. In addition, it is necessary to re-execute this command every time Stable Diffusion is executed.


Next, install dependencies from pip , a Python package installation and management system.


You may need to install the following packages. 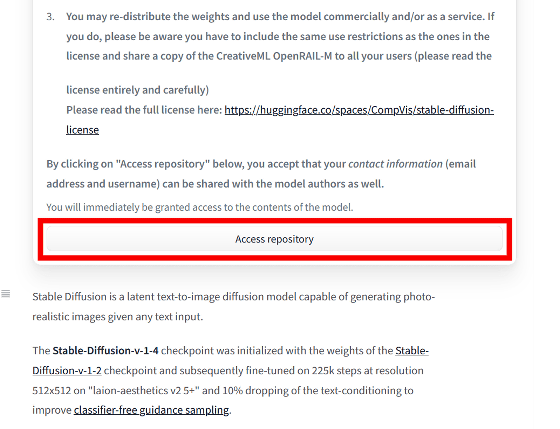 Setup is now complete. Run the code as follows and enter the string 'a red juicy apple floating in outer space, like a planet'... …

The following image is generated in 'outputs/txt2img-samples/'. 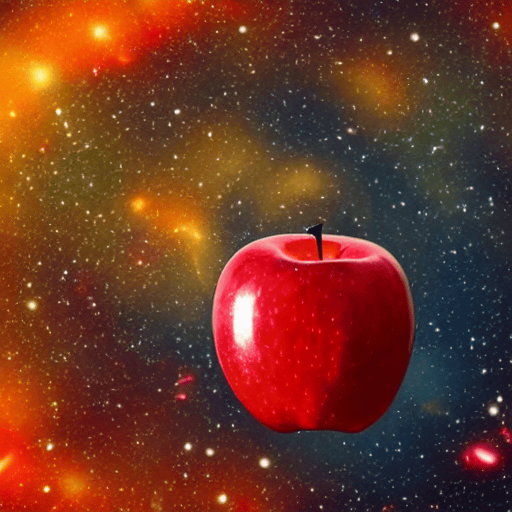 Replicate claims that this method is not their own, and that all credit goes to developers who contributed to the Stable Diffusion fork published on GitHub or participated in the GitHub thread . . The only addition to their previous work was that they used pip to install dependencies to simplify the setup, saying, 'We are just messengers of their great work.' . 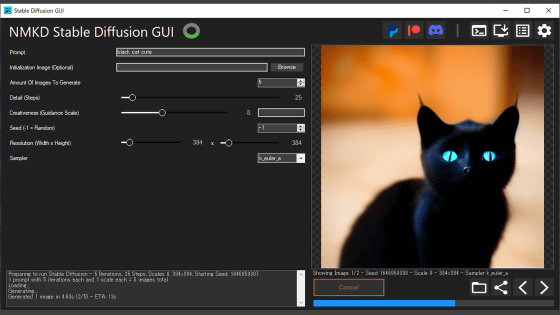 'stable_diffusion.openvino' that can run image generation AI 'Stable Diffusion' even with Intel CPU has appeared, anyone can download it - GIGAZINE