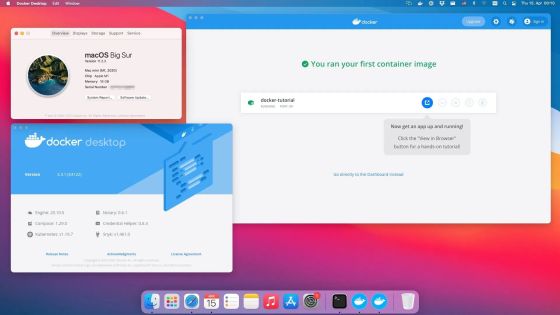 The Mac series equipped with the M1 chip announced by Apple in November 2020 has received high praise for its low power consumption and high performance. Meanwhile, the virtualization tool ' Docker ' widely used by developers has officially supported Macs with M1 chips with 'Docker Desktop 3.3.1 ' released on April 15, 2021. 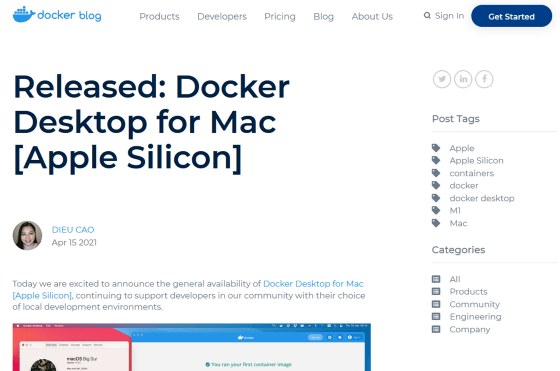 Docker Desktop is a tool that supports the use of Docker on Mac and Windows, and 'Docker Desktop 3.3.1' released on April 15, 2021 has officially supported Macs with M1 chips. 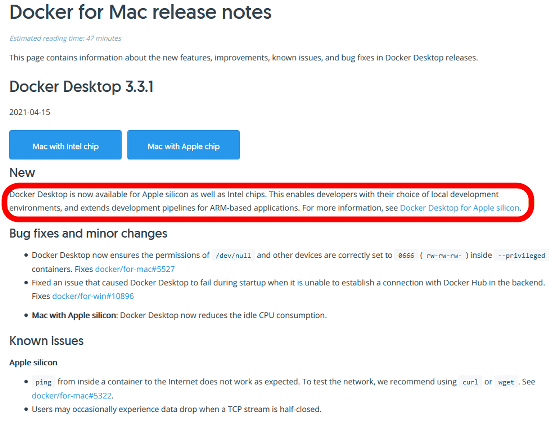 According to the official Docker page, users of Macs with M1 chips can use Docker Desktop to build and run

Docker images in both x86 and Arm architectures.

However, at the time of writing the article, some binaries included in Docker Desktop do not support native operation on the M1 chip, so it is essential to install the compatibility maintenance function 'Rosetta 2'. Please note that this issue will be fixed in a future release.

In addition, the virtual desktop environment software 'Parallels Desktop' is also compatible with Macs equipped with the M1 chip on April 14, 2021.

'Parallels Desktop 16.5 for Mac' that can run Windows 10 on Mac with M1 chip released-GIGAZINE