France has banned the use of game-related terms such as 'esports,' 'pro gamers,' and 'cloud gaming' in public institutions for the purpose of 'maintaining the purity of the language,' and obliged them to replace them with French. rice field.

On May 29, 2022, the French Enhancement Committee listed the video game-related terms in French and published them in the official bulletin. The French Strengthening Committee is an organization that creates new terms and expressions to express concepts and things expressed in foreign languages in French. When the new term created here is verified by the national academic organization Académie Francais , it will be published in the official bulletin, and government ministries and institutions will be required to use the new term.

This time, the French Enhancement Committee has created French terms equivalent to about 20 types of game-related terms. 'E-sport' and 'pro-gaming' to 'jeu vidéo de compétition', 'streamer' to 'joueur-euse en direct ( We have released a number of expressions, such as replacing 'free-to-play' with 'jeu vidéo en accès gratuit (free video game)' in 'Live Player'. All terms can be found at the URL below. 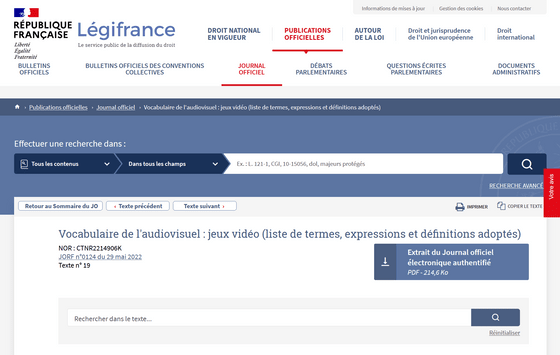 The French Ministry of Culture, who was involved in this effort, has expressed concern that 'the use of English can be a barrier to understanding for non-gamers.' Stakeholders have long been doing similar efforts to prevent English erosion, and in 2017 they also

However, it seems that some ordinary people oppose such paraphrases. 'I think this is ridiculous. No one will use these terms. It's completely meaningless,' said one French gamer. The French news site, The Local, has never taken root, as in the past when trying to paraphrase'Wi-Fi'as'l'access sans fil à internet'. ' . 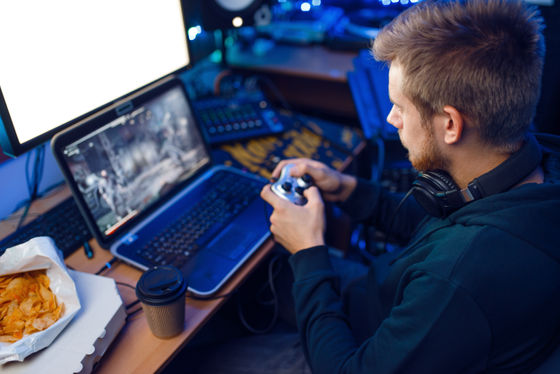