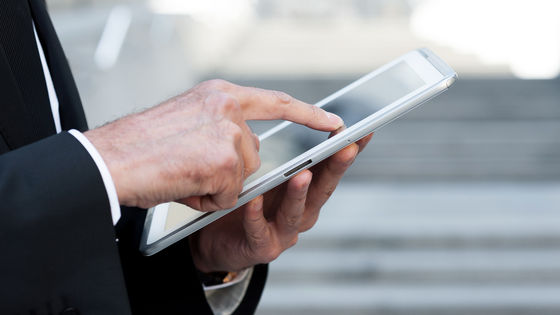 A report from research firm

IDC found that 2021 tablet shipments increased 3.2% year-on-year to 168.8 million units. Although it showed a decline in the fourth quarter due to the slowdown in demand, it has reached the highest level since 2016 for the whole year.

Tablet and Chromebook Shipments Slowed in the Fourth Quarter but Saw Solid Growth for 2021, According to IDC
https://www.idc.com/getdoc.jsp?containerId=prUS48826122 Below is a table showing the number of units shipped and market share for each manufacturer. Apple, which ranks first, overwhelms other manufacturers and has an overwhelming market share of one-third of the total. Probably because of the launch of the 5th generation '

iPad Pro ' equipped with the 'iPad mini ' and the original SoC ' M1 ' in 2021, it is showing growth of 8.4% from the previous year. Lenovo, which showed significant growth of 19.2% year-on-year, announced two 5G compatible Android tablets in September 2021.


A survey is also being conducted on Chromebook shipments, and the table below shows the shipments and market share for each manufacturer. HP and Lenovo, which showed a large share and growth rate in PC shipments, also have a share in Chromebooks, and the market share in 2021 is 27.7% and 22.4%, respectively. IDC's Jitesh Ubrani said, 'Most of the initial demand for Chromebooks is met by primary markets such as the US and Europe, slowing overall shipments.However, Chromebook demand in emerging markets has been one in the past. It is growing continuously throughout the year. '


'In the near future, shipments will continue to exceed pre-pandemic standards as remote work, virtual learning and media consumption continue to be user priorities,' said Anuroopa Nataraj, senior research analyst at IDC. However, regarding the growth of Chromebooks, Mr. Ubrani said, 'The supply of Chromebooks is abnormally tight because manufacturers are prioritizing high-priced Windows and restraining the shipment of Chromebooks due to lack of parts.' I analyzed it.