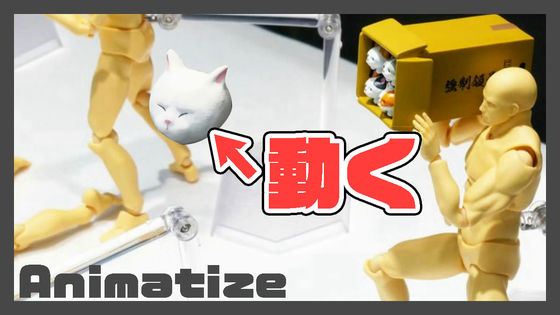 To create digital animations, you need to use software such as

After Effects. However, these software are complicated to operate and are not easy for everyone to use. Engineer David Miranda has released 'Animatize ' that solves such a problem and allows anyone to easily create animations on the browser.

First, create an animation according to the example. It's easy to do, just move the light blue ship icon in the 'Try it out!' Part on a black background. 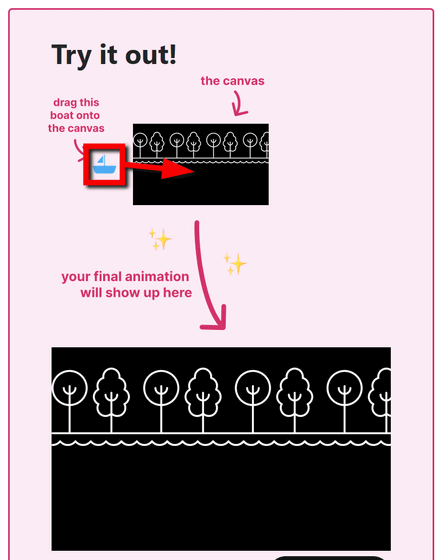 The ship moved at the top of the screen will move as an animation on the larger image at the bottom of the screen. 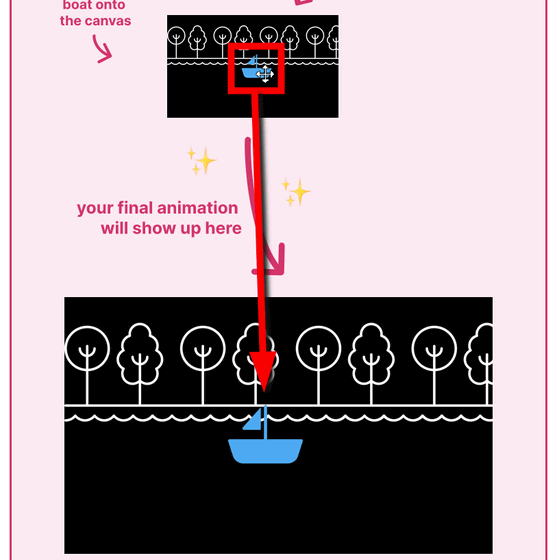 The created animation will be output as a code that can be embedded in the website by clicking 'generate code' below and clicking 'copy code'. 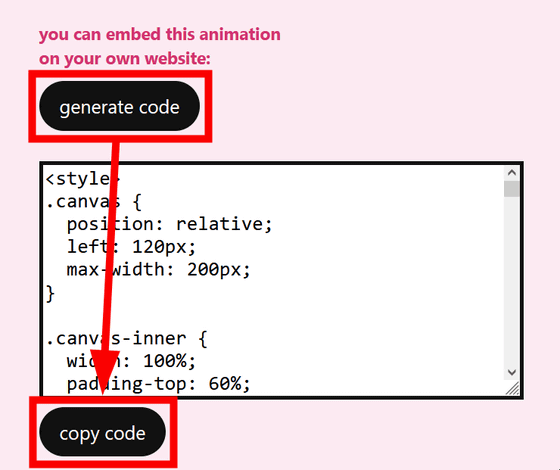 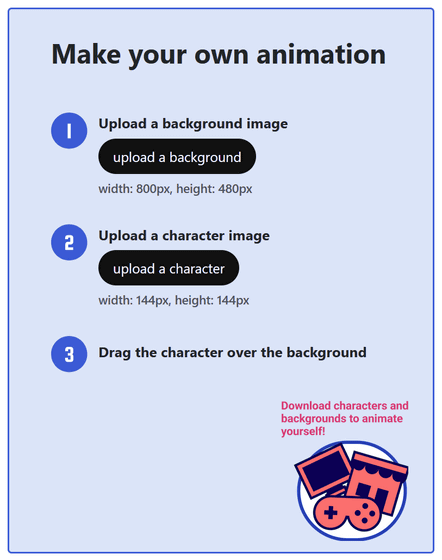 As shown below, the image will be displayed and you will be able to move it, so you can move it freely as before. So, you can see how the animation actually created with Animatize works by watching the following movie. If you use an image with a transparent background, you can also create an animation of ' a cat launched from a rocket launcher' as shown below.


You can't reproduce small movements because you have to move the character by dragging the mouse, but you can literally 'create a simple animation easily'. However, keep in mind that the embed code may be too long to load the page.