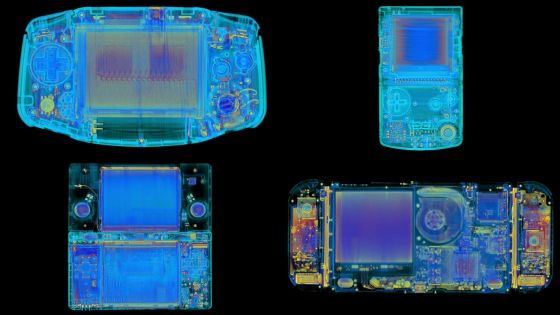 ' have been released on 'Scan of the Month ', which has released CT scan images of Lego and AirPods. I was there, so I tried to summarize it. ◆ Game Boy
The Game Boy is a handheld game console that appeared in 1989, with 12.42 million units sold in Japan and 18 million units sold in the United States. Even in recent years, it has been used as a mining machine for Bitcoin, and attempts have been made to add Wi-Fi functions, making it a perennial favorite. 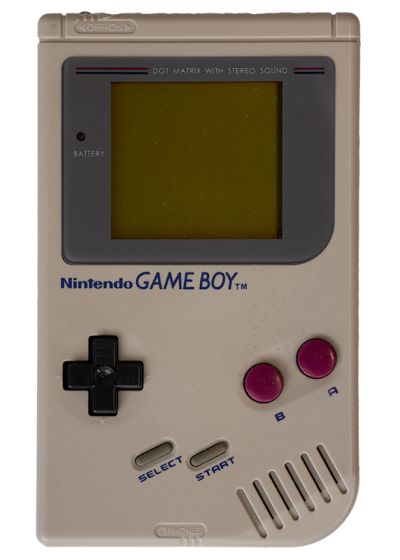 The CT scan image of such a Game Boy looks like this. You can see the wiring in the back of the LCD and the speakers located in the lower right. 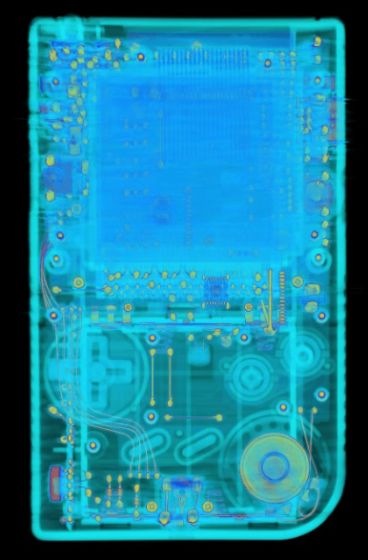 The red frame is a cross-sectional view of the cross key. The hemispherical part in the center is the fulcrum, and silicon pads are mounted at the top, bottom, left, and right positions. 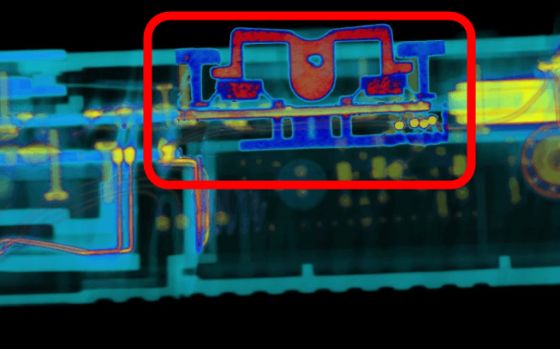 The Game Boy CPU is Sharp's 'LR35902', which has functions similar to those of the Intel 8080. The operating clock of the LR35902 is 4MHz, and it was 'technology 10 years ago' when the Game Boy appeared. Game Boy was designed with the idea of 'horizontal thinking of dead technology ', and by using a little old technology at that time, the price was kept down and the learning cost of the developer was also kept low. 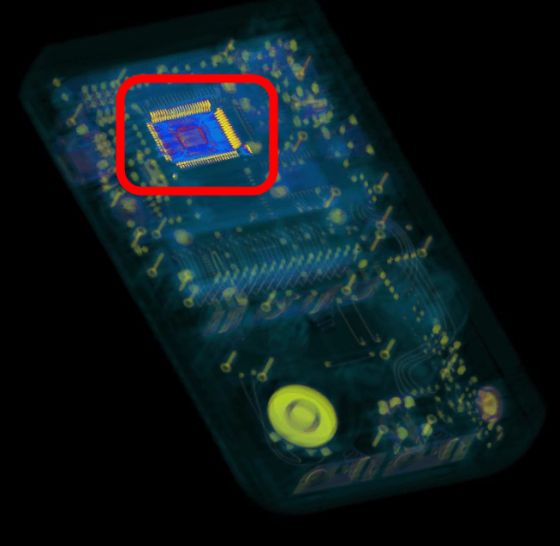 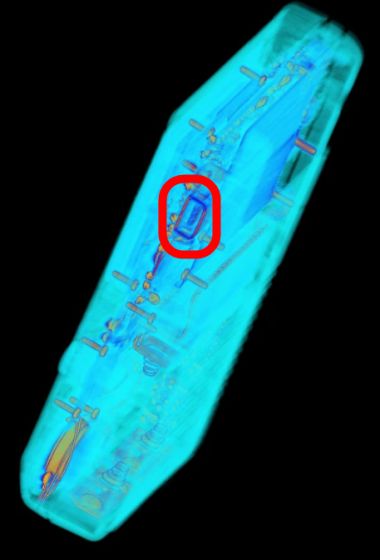 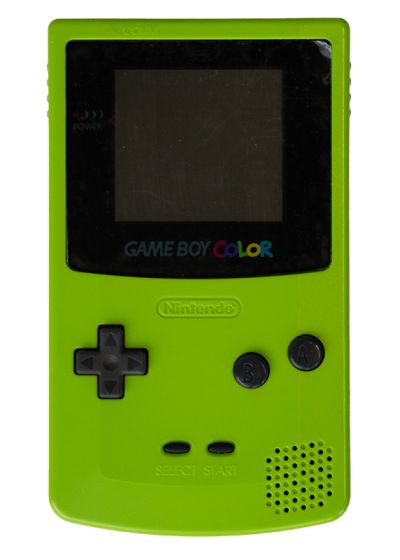 The appearance of Game Boy and Game Boy Color is such that the buttons, speakers, and LCD monitor are arranged so that the CT scan images are quite similar. 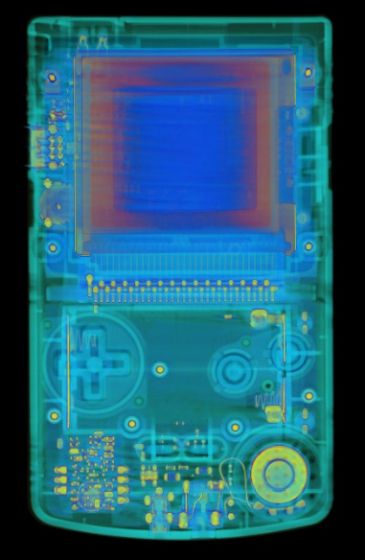 The red frame below serves to bring the cartridge into contact with the PCB board when the game cartridge is inserted. 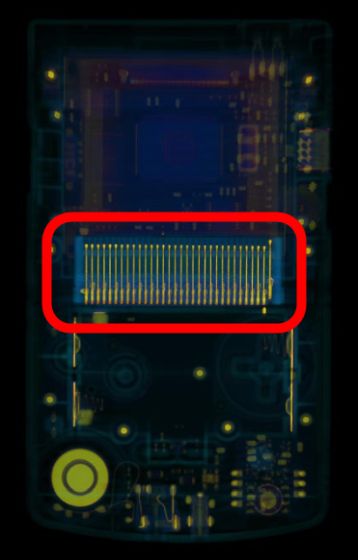 However, there are many changes other than the colorization of LCD monitors. For example, conductive carbon is used around the A and B buttons, and we have succeeded in achieving both button pressing comfort and high connectivity. 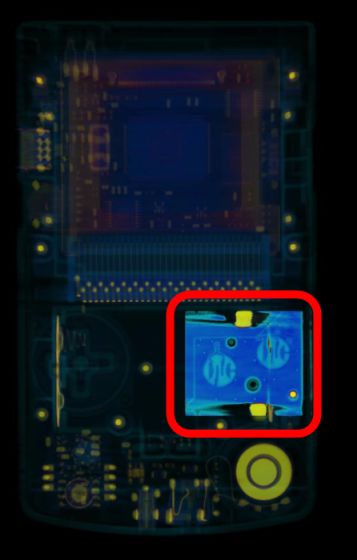 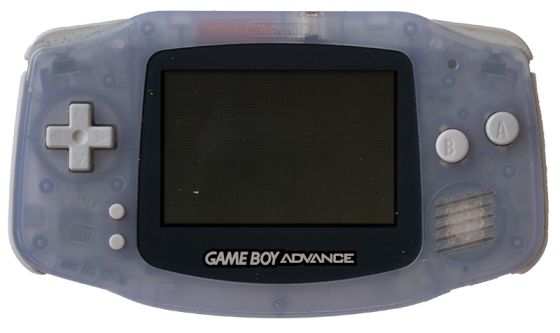 The fact that the Game Boy Advance is equipped with L / R triggers is also a big change. The L / R trigger is made up of plastic and metal parts, and has a more complicated structure than the Game Boy cross button. 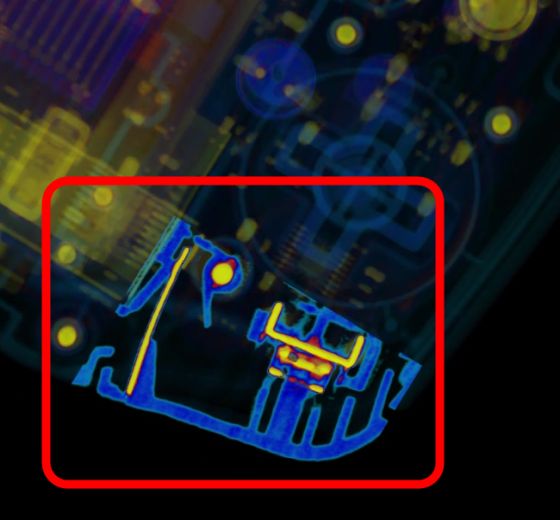 Although no major changes have been made to the A and B buttons, a mechanism has been added to prevent unnecessary rotation when pressed. 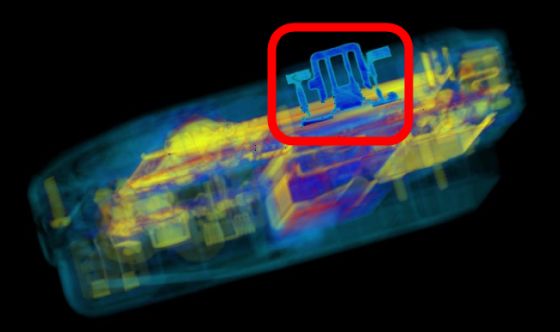 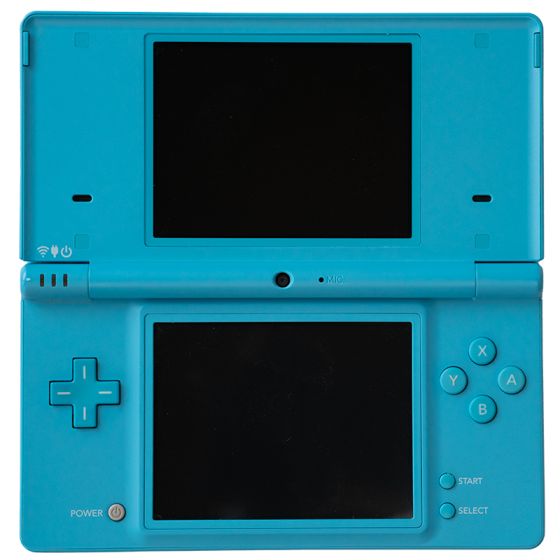 If you check the CT scan image, you can see that the square camera module and wiring are embedded in the hollow hinge part. 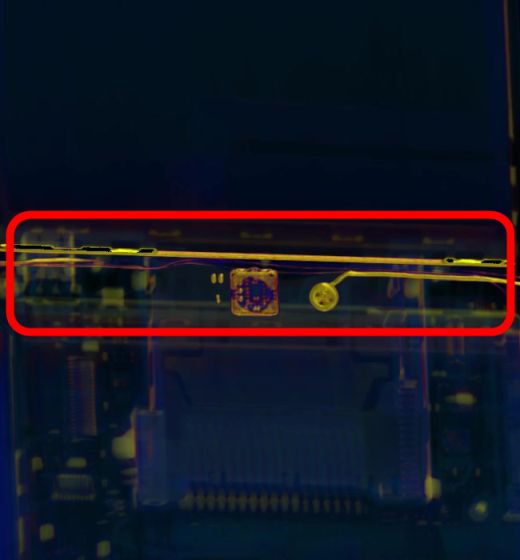 The cross key uses a

dome switch with a click feeling, and the height that was 10 mm in Game Boy is suppressed to 4 mm. 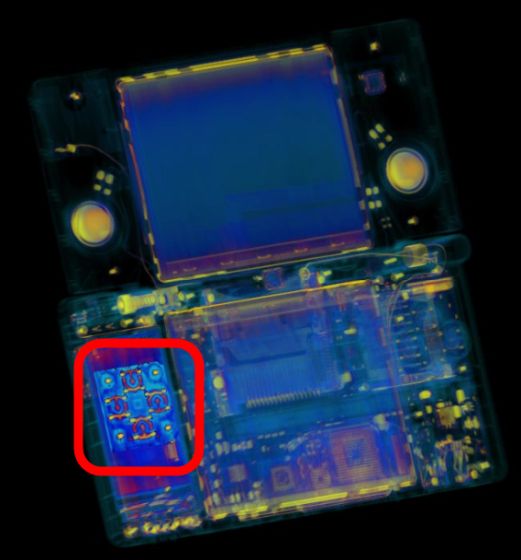 
NVIDIA's 'Tegra ' is adopted as the SoC for the Nintendo Switch that appeared in 2017, and it is characterized by being able to play as both a stationary game machine and a portable game machine.

Looking at the CT scan image, you can see that the density of parts is overwhelmingly higher than that of the Nintendo DSi and Game Boy series.

The Tegra on the Nintendo Switch is a power-saving chip that runs at 10W, but it still needs a fan for cooling. In normal play, it is rare to be aware of the existence of fans, but if you check the CT scan image of Nintendo Switch, you can see that it is equipped with a heat pipe and a small fan to transfer heat to the fan.