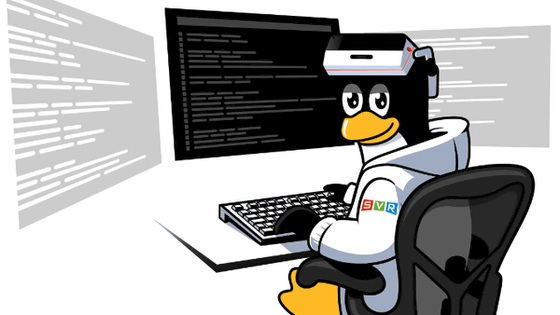 American startup Simula VR announced the world's first Linux-based standalone VR headset ' Simula One ' on December 11, 2021. The Simula One will be available on Kickstarter in January 2022, but no detailed specs have been disclosed so far. However, some of the specifications of Simula One have finally been released in comparison with other competing models. The OS 'Simula' installed in Simula One is a Linux distribution developed for VR devices, and it is characterized by being able to execute Linux applications as they are on VR. You can understand what kind of OS Simula is by reading the following article. Simula One is a VR device equipped with this Simula, and although it is in the prototype stage at the time of article creation, some of the specifications are released in comparison with Valve Index and Oculus Quest 2 as shown in the table below.

The prototype of Simula One is based on Intel's 11th generation NUC , and the CPU is equipped with Intel Core i7-1165G7 with 4 cores and 8 threads. There is also a DisplayPort slot for connecting to an external monitor. In addition, Simula VR has a good possibility of switching to the 12th generation NUC after considering issues such as battery life.

Three lenses are stacked and the viewing angle is 100 degrees with a single eye. According to SimulaVR, Simula One also supports pass-through, which allows you to see the surrounding landscape while wearing it, and uses two high-resolution wide-angle cameras on the front to provide high-quality, full-color pass-through. It is said that AR mode will be feasible. In addition, since it has a built-in hand tracking input device 'ultralaep' developed by the manufacturer of Leap Motion, it is possible to apply the movement of the hand as it is to input. Furthermore, motion tracking is theoretically possible by using an external sensor. However, due to power and cost issues, it is unclear if it will be implemented at the time of writing the article.