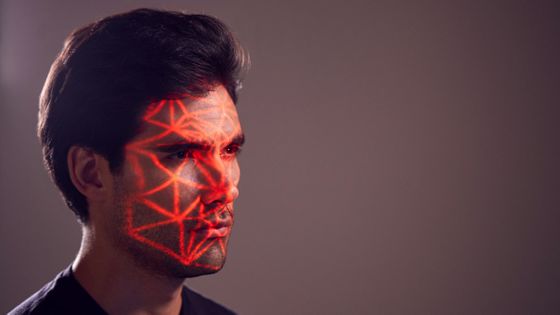 In recent years, face recognition systems have been introduced in various situations, such as

'a system that uses face recognition to settle subway fare ' and ' a system that uses face recognition to process payments at school cafeterias,' while related to privacy. Issues have also been raised. Meanwhile, in the West Bank, which is located between Israel and Jordan, the Israeli army is deploying a large-scale facial recognition system to monitor Palestinians, according to the American daily Washington Post. I am reporting.

The West Bank is a place of fierce conflict between Jews and Palestinians for many years, and although it was occupied by Israel during the Six-Day War in 1967, it is still home to about 2.7 million Palestinians. doing. The Israeli army is pushing ahead with facial recognition systems and public surveillance cameras in the West Bank to increase surveillance of Palestinians, the Washington Post said.

Former soldiers who recently left the army told Breaking the Silence , an NGO made up of Israeli veterans, that the Israeli army had introduced a facial recognition system called ' Blue Wolf.' There seems to be. Blue Wolf is a combination of a smartphone app with a personal information database, and when you take a picture of a Palestinian face with a mobile device, the app matches the database and should you arrest or detain the target person, or should you detain it? It will notify you if you can allow the passage. One former soldier describes Blue Wolf as 'Palestinian Facebook.'

A former soldier who spoke to the Washington Post on condition of anonymity was tasked with 'taking as many pictures of Palestinians as possible' when he patrols Hebron, the largest city on the West Bank in 2020. Stated. Soldiers were asked to upload photos through the Blue Wolf app installed on their smartphones and take pictures regardless of whether they were children or the elderly. Hundreds of photos were taken by each unit in a week, and the unit that took the most photos was given a reward such as 'night vacation'. Yaser Abu Markhyah, the father of four children living in Hebron, has long dealt with Israeli military checkpoints, movement restrictions, and frequent cross-examinations, but surveillance cameras have stripped 'the last remnants of privacy.' Claims. 'We can no longer socialize comfortably because the cameras are constantly watching us,' said Markhyah, who stopped letting children play in front of the house and wasn't well-watched. Relatives living in the area say they no longer visit their homes.

In the area where Markhyah lives near the cave of the Patriarch, which is a sacred place for both Muslims and Jews, surveillance cameras are installed at intervals of about 90 m, and the roof of the house is being monitored by the Israeli army. That thing. One day, Markhyah's 6-year-old daughter dropped a teaspoon from the roof deck, and Israeli soldiers immediately came and said, 'From the roof,' even though there was no one on the street in front of the house. I think he threw a stone. '

If you look at the pictures below taken on the roof of Markhyah's home, you can see that a surveillance camera is installed right next to the house. 'The Israeli army wants to make our lives difficult, voluntarily leave, and allow more settlers to come,' said Issa Amro, a human rights activist in Hebron. indicate. In fact, some Palestinian families living in Amro's neighborhood have moved because they couldn't stand the increased surveillance. 'The camera only sees Palestinians. From the moment you leave home to the moment you return, you are seen by the camera,' Amro said.

The Israeli Defense Forces responded to an inquiry from the Washington Post that the installation of surveillance cameras was a 'daily security activity' and was part of efforts to improve the quality of life of Palestinians living in the West Bank. But a former intelligence officer told The Washington Post, 'If they (Israeli troops) used it in a local shopping center, I wouldn't feel comfortable,' fingerprinting. It claims that there are several times more serious privacy infringements than collections.

In recent years, large cities in the United States have been promoting 'banning the use of face recognition systems by authorities' one after another, and in Europe, technology regulations such as banning the use of AI by law enforcement agencies are progressing. The Israeli army is doing the exact opposite. In addition, despite great opposition to the proposal to introduce facial recognition cameras in public places even in Israel, the occupied West Bank has different standards than domestic standards in Washington.・ Post pointed out.

Avner Gvaryahu, executive director of Breaking the Silence, claims that facial recognition systems are being used as 'another means of oppressing and conquering Palestinians' in the West Bank. 'While surveillance and privacy have become a front-line global topic, there are shameful assumptions by the Israeli government and the military that'basic human rights are irrelevant for Palestinians',' he said. Did.