Report that the stolen car was recovered with Apple's 'AirTag' 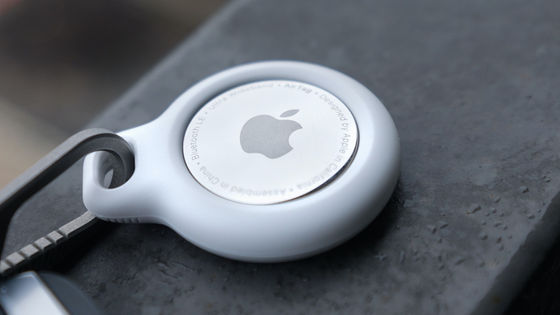 Reddit, the largest social bulletin board in the English-speaking world, said that Apple's drop tracker 'AirTag', which was inadvertently forgotten to put in the sunglasses holder in the car even after encountering a big incident of the car being stolen from the garage at home. Posted in.

I tracked down my stolen car with an Apple AirTag and it was one of the most ridiculous days of my life.: Apple
https://old.reddit.com/r/apple/comments/q82ezx/i_tracked_down_my_stolen_car_with_an_apple_airtag/

This story was shared by Reddit user thinkscotty, who lives in the suburbs of Chicago, USA. One day in the third week of October 2021, he tried to drive at 3 am and noticed that the 2010 Subaru Forester in his garage was gone.

Since Mr. thinkscotty lived with his younger brother, he thought, 'Did you ride McDonald's or somewhere?', But it turned out that the car was stolen from the text message exchange. I immediately contacted the police, but said that it was 'unlikely to be found' because there are millions of cars in the suburbs of Chicago.

Thinkscotty began the insurance process, trembling with regret, anger, and sadness towards himself, but recalls 'leaving a spare AirTag in the sunglasses holder.' AirTag sends a Bluetooth signal around, Apple made device that has received the signal transmits the position information on iCloud, that the location information is transmitted to the owner mechanism is lost article tracker that runs. Since there are millions of iPhones in the suburbs of Chicago where the incident occurred, it was thought that there was a high possibility that the Bluetooth signal emitted by AirTag would be caught.

When I actually searched for the AirTag in question, the location information that it was in the garage of my house was displayed at 22:17 the day before, and if I continued to detect it for another 10 minutes, I was about 30 minutes by car from Chicago. Location information indicating the Wal-Mart parking lot in Northlake, Illinois was displayed. The actual screen is below.

This shows my AirTags location when I first tracked my stolen car. 3 at my house. And the stolen car at a WalMart a ways away.

thinkscotty waited about 30 minutes for the car owner to retrieve the AirTag that was abandoned under the car, but decided to go home because he was tired of waiting. And while on his way home, thinkscotty witnessed the Forester running through, passing by the car he was driving. The actual video is below.


The stolen Forester returns to the aforementioned Wal-Mart parking lot and parks. After seeing it, thinkscotty contacted the police from a short distance and the criminal was arrested.

The criminal was a drug addict and a homeless young man. Mr. thinkscotty was asked to file a complaint for either a felony or a misdemeanor, but he chose the misdemeanor in anticipation of rehabilitation.

'AirTag helps track your car,' said thinkscotty, who described the experience as 'just crazy.' The advice is to hide it well in a place where the Bluetooth signal isn't obstructed. Best of all, don't be a fool like me. Lock your car. It's completely stupid to think that a private parking lot away from a remote suburban street would be okay. I did. '

At the time of writing the article, AirTag, which helped thinkscotty find the stolen car, is available on Amazon.co.jp for a set of 4 for 12,800 yen including tax.