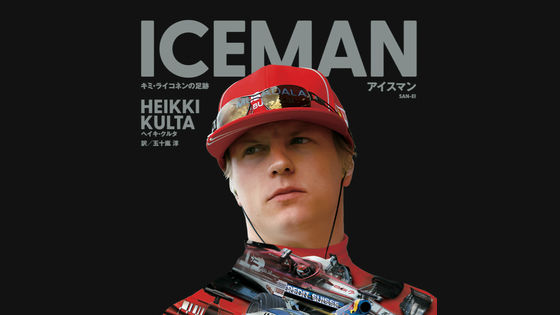 Kimi Raikkonen, the oldest active F1 driver who has announced his retirement in the 2021 season, is the Japanese version of the book 'Iceman --Kimi Raikkonen' that follows the footsteps from his debut to his retirement. 'Footprints' was released on October 15, 2021.

The author, Heiki Kurta, is Finland's most experienced F1 reporter. In this book, not only the race and private matters, but also the behind-the-scenes of the contract is fully clarified. The price is 3300 yen. 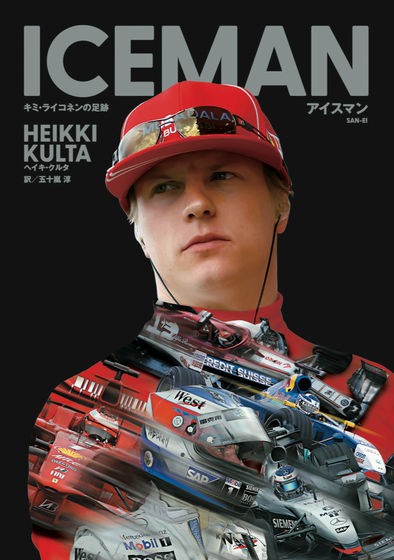 Succeeded in generating 'superconductivity', which has been a phenomenon under low temperature for over 100 years, at room temperature --GIGAZINE

Summary of numbers related to the number of screenings of the movie version 'Demon Slayer: Kimetsu no Yaiba', the total number of times per day is over 7,500, and IMAX screenings are over 150 times a day --GIGAZINE

Succeeded in creating the human retina in the lab, a light of new possibilities for the treatment of color vision deficiency and glaucoma ―― GIGAZINE

Bumblebees revealed to have positive emotions of joy-GIGAZINE

Freelance, I feel strange guilty when I take a rest on weekdays, so I gathered holidays from all over the world on one calendar so that I could take a lot of rest.
I want to go to the water festival. pic.twitter.com/7HrrocnNAI

Phrases often used by people over the age of 45 during conversation pic.twitter.com/PtBm7OvSQf

I didn't know the name of this, and when I said 'egg guillotine', it was repeated by my husband pic.twitter.com/DvZ29j66qI

A text file with a horribly low IQ remained on my work desktop pic.twitter.com/sqi5KgT2MK

That's what I want to hear, but I want you to ask someone who isn't there. pic.twitter.com/swFhqgfY5N

When I lined up at ATMs at Ueno station, the person behind me was suddenly stabbed with a knife, but what should I do? The trembling doesn't stop ... pic.twitter.com/wIKzJOfRNQ

It looks like a Ueno station person was stabbed.
I was taken in front of the criminal ... pic.twitter.com/060uSG1AEG

Longed-for full-time employee life Even though I worked like a slave, the monthly wage is 'minimum wage': Tokyo Shimbun TOKYO Web

More than half of single women in old age are on welfare level Self-help delay: Asahi Shimbun Digital

Prime Minister Kishida 'If you trust in the general election, we will take economic measures on the scale of several tens of trillion yen' [2021 House of Representatives election]: Asahi Shimbun Digital

By the way, it is a consultation that makes you want to hum a song as to where to hit with a goo. pic.twitter.com/TnM06SkjpR

As for the threader, 'Clover Desk Threader Desktop Threader 10-518' is the best. https://t.co/P22tluWCLk

Breast cancer was found in a state where it could be operated on → There are many people who have tried different therapies and are unable to operate and are returning to the hospital ... why? Various opinions are received-Togetter

I heard from a 64-year-old uncle on the production line that a high school graduate hired a regular employee with an annual income of 7 million in his 40s, paid off a car loan at his own house, and two children graduated from college and their grandchildren were cute.

When I was repairing my Mac, the screw was broken, and when I opened the inside, it was fluffy ………… --Togetter


TV anime 'Komi-san has communism. 』Episode 1' I want to talk. 'Part A released | Broadcasting every Wednesday from 24:00 on TV TOKYO and others! --YouTube

In 'Nyotaimori VR', that's not it. - Nico Nico Douga

In a sense, it's true.
However, it is quite difficult to reach this point. pic.twitter.com/g7essADsap

The collapse of drawing is trending, but let's take a look at the water services drawn by Kyoto Animation. pic.twitter.com/F4HnBemayr

Speaking of drawing collapse, cabbage that appeared in 'brighter than before dawn'.
After all, it was fixed on DVD, but after that, when cabbage appeared in animation beyond the boundaries of the work, there was a feeling of tension that I could not understand for both the viewer and the production side. pic.twitter.com/mvliUfLWtU

This is the personal impression that Yuri Otaku, who has a physical disparity, recently took Shota. Pic.twitter.com/b8GFAPXohr

A woman I've loved since I was in middle 1 pic.twitter.com/wFlVq9uWCy

Perhaps 90% of people other than Hokkaido people who know the fear of Echinococcus should read this pic.twitter.com/sII5IibKn7

What waits ahead of the strong enemy is pic.twitter.com/k1UIAdr1le

When I first learned that Stamas would be released on Steam, I had a bitter face saying, 'There will be a mod that will be stripped naked in such a haste ...', but the mod that was released first after its release was neither undressing nor Thomas, but 'Chihaya. I remember the big shock and excitement that 'I'm getting bigger' https://t.co/ygdCPBO8RK

Draw by animator Akihiko Yamashita. Tonight's broadcast 'Farewell, Lupine' and 'Death Wings Albatross' are said to have had a major impact on Mr. Yamashita's life as an animator. pic.twitter.com/id8CQBU401

When I came to Hitokara, I was sent to the party room. Pic.twitter.com/5EwPSMlCgx

[Repost]
The story of twins born between an angel and a devil ① pic.twitter.com/jYsXlfexz5

This made me want to play the game of Devil's Blade pic.twitter.com/Tk4rTMPDOl