The date and time of the presentation of Google smartphones 'Pixel 6' and 'Pixel 6 Pro' has been decided, and the announcement site is also playful Google has released the announcement site for the Pixel 6 and Pixel 6 Pro launches, revealing that the launch will be held on Wednesday, October 20, 2021 at 2:00 am Japan time. ..

On the public announcement site, smartphones that seem to be Pixel 6 series are displayed along with the date and time of the recital. Also, at the bottom of the screen, there is a button labeled 'Hold spacebar to change moods', and if you press and hold the space key according to this instruction ... 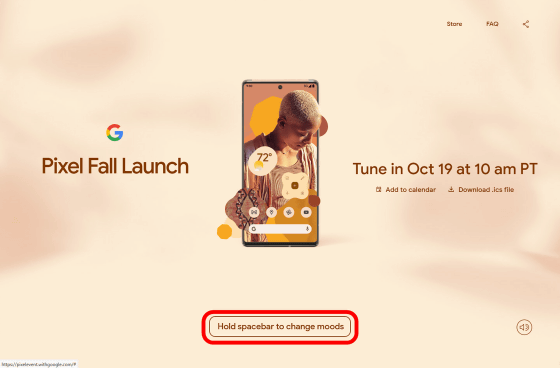 The animation will play. And when you release the space key ... 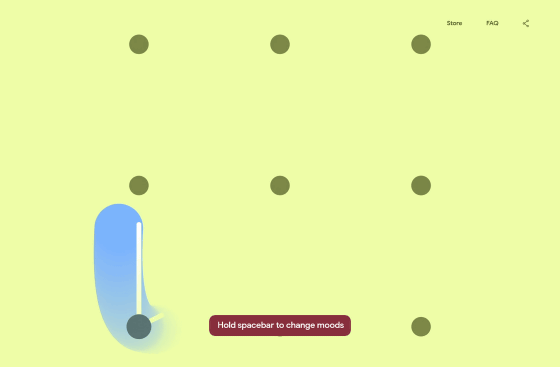 The UI design of the smartphone displayed in the center and the color scheme of the background have changed. This seems to be an image of the '

function to change the UI design according to the wallpaper ' adopted in Android 12 officially released on October 5, 2021 (Tuesday). 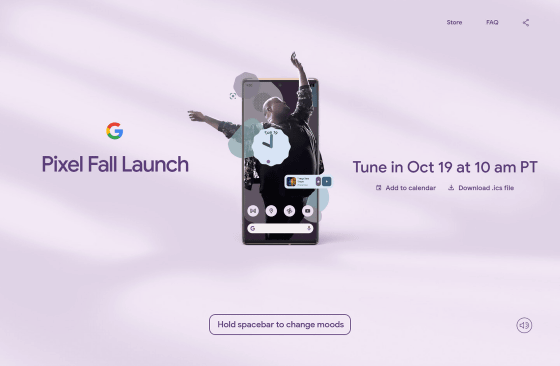 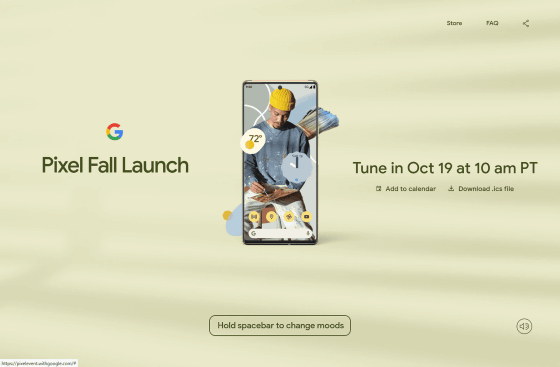 The color scheme change gimmick on a smartphone looks like this. When you access the notification site with your smartphone, a button labeled 'Hold to change moods' will be displayed at the bottom of the screen, so if you press and hold the button part ... The animation will play. And when you take your finger off the screen ... 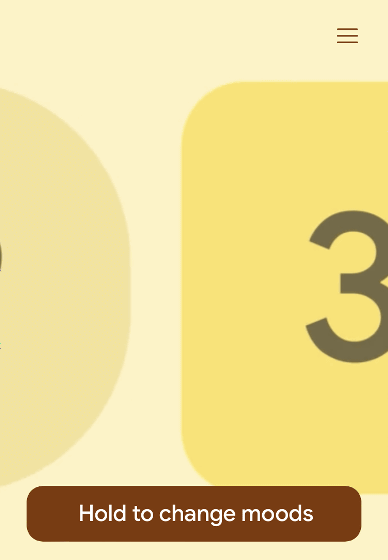 The UI design and background color scheme have changed. 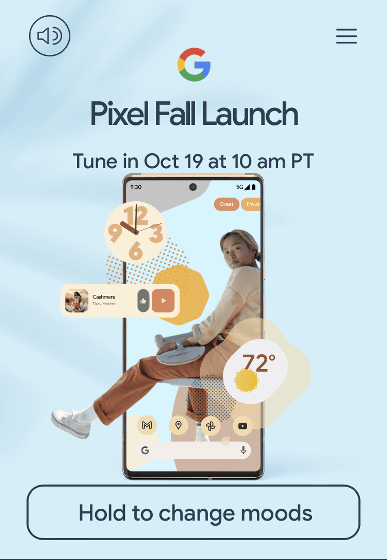 According to Google, the recital is held online, and anyone can participate by accessing the announcement site at the date and time of the event. In addition, the recital will be recorded rather than live, and it is clearly stated that two models, 'Pixel 6' and 'Pixel 6 Pro', will be announced.

In addition, Google announced the existence of 'Pixel 6' and 'Pixel 6 Pro' in August 2021, equipped with its own developed SoC 'Tensor' and equipped with a 4x optical zoom lens. I have already revealed that I am. 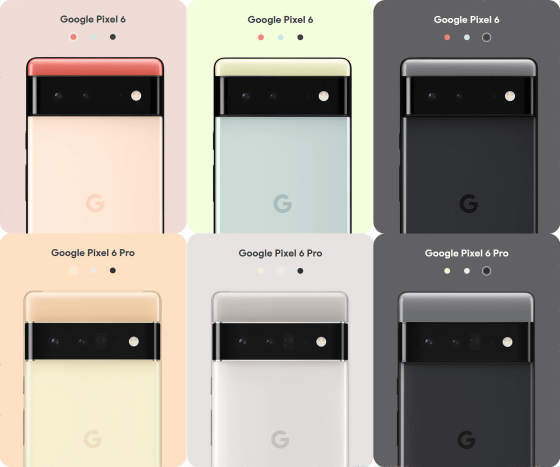