On September 22, 2021 local time, Microsoft announced the latest models of the

genuine notebook PC series 'Surface ', 'Surface Pro 8 ' and ' Surface Laptop Studio '. 'Surface Pro 8', the legitimate successor to the stable and popular 'Surface Pro' series, is scheduled to be released on November 1, 2021, but several overseas media have already published preliminary review articles, and various I am evaluating the points. 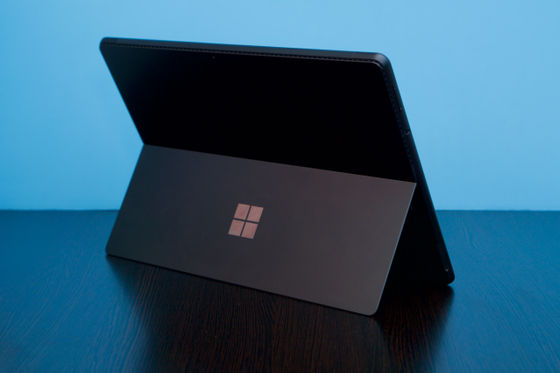 The 'automatic refresh rate adjustment function' implemented in Windows 11 is unknown because Windows 11 was not released at the time of the review, but at the time of the review it was said that the automatic color adjustment function called 'adaptive color' was implemented. .. It seems that this adaptive color adjusts the color temperature of the display according to the surrounding environment, and the IT news site The Verge states that 'especially when using at night, the strain on the eyes is reduced.'

Also, unlike the Surface Pro 7 announced before the pandemic, the Surface Pro 8 has a 10-megapixel rear camera. Selfie at 4K resolution realized by this rear camera will capture the subject clearly and vividly even under general room lighting. In terms of audio, the speakers that produce clear percussion and easy-to-hear bass, and two studio microphones for long distances were evaluated as 'a wonderful video conference can be realized.'

Regarding the specifications, the CPU has two choices, 'Intel Core i5-1135G7' and 'Intel Core i7-1185G7', and the GPU uses the Iris Xe graphics built into each CPU. The results of Geekbench 5 of 'Intel Core i7-1185 G7' reported by Ars Technica, an IT news site, are as follows. In terms of single-core performance, it suppresses the simultaneous announcement of Surface Laptop Studio and Dell's mobile notebook ' 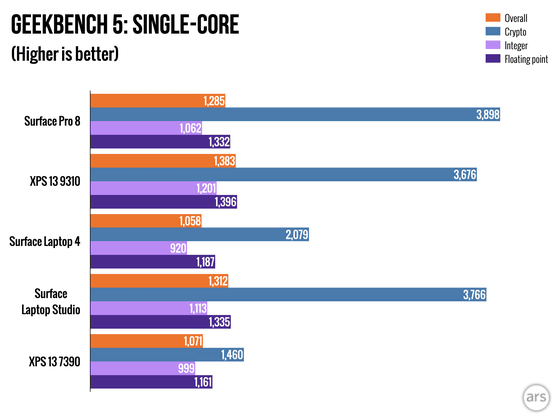 On the other hand, in terms of multi-core score, 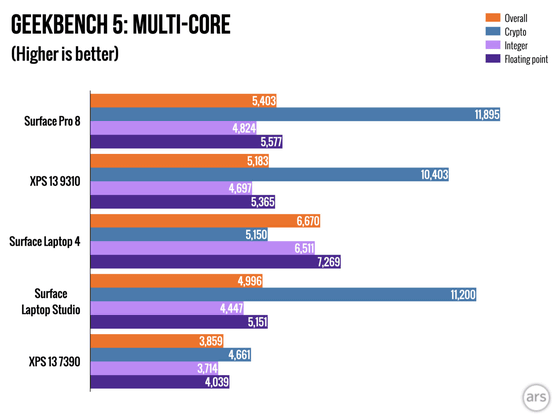 The result of 3DMark of the standard 3D benchmark software is as follows. Looking at the GPU results (dark blue bar graph), Surface Laptop Studio has won overwhelmingly, but this is because the upper model equipped with a discrete GPU was compared. 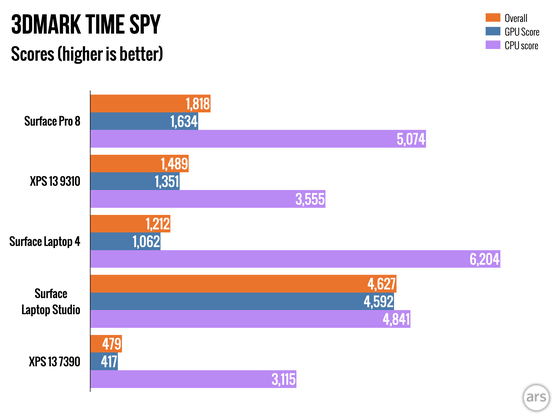 Below is a comparison of battery life, and the numbers in the graph are 'minutes'. The battery life of Surface Pro 8 is 540 minutes (9 hours) with a screen brightness of 200 nits and a refresh rate of 60 Hz. Regarding battery life, The Verge also complained, 'Although it is nominally' lasting 16 hours ', it only lasts about 8 and a half hours at 60Hz and about 7 hours at 120Hz.' On the other hand, the charging speed is high, and it can charge up to 60% in 50 minutes. 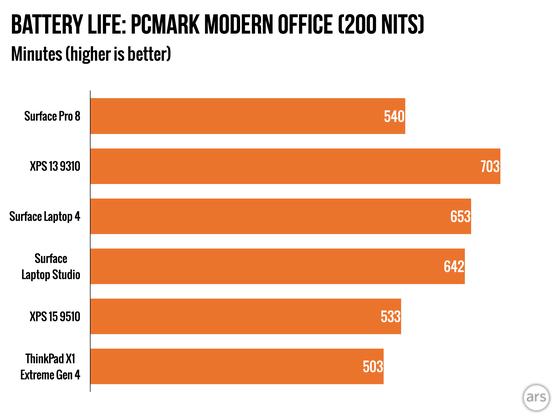 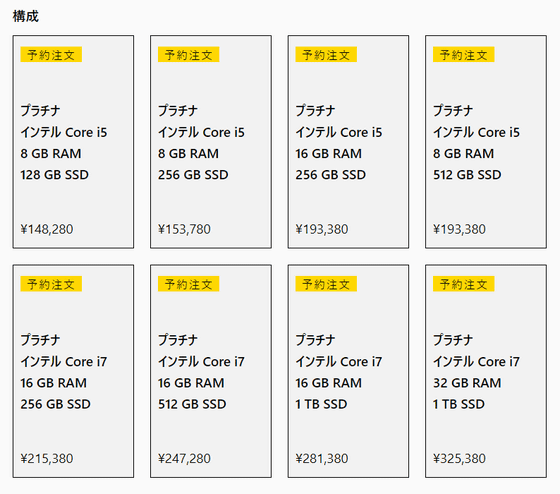 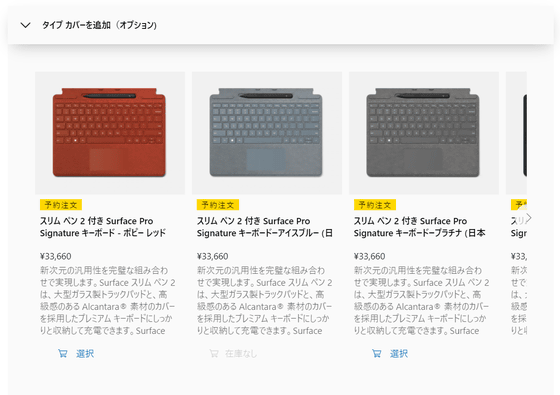 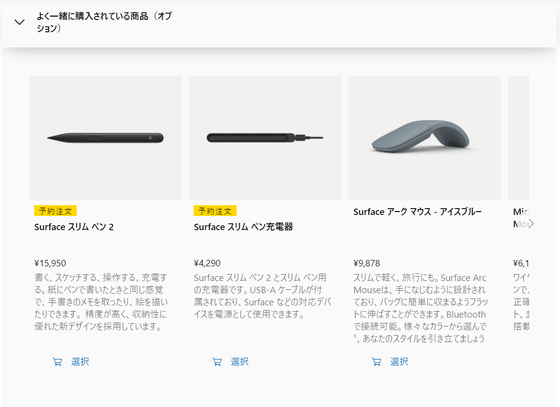 Regarding the price, The Verge said, 'If it is a clamshell type notebook PC with equivalent specifications such as Apple's MacBook Pro and Dell's XPS 13, tens of thousands of yen is cheap', Ars Technica ' for iPad that costs 34,980 yen including tax' It's more reasonable than the Magic Keyboard and the Apple Pencil (2nd generation), which costs 15,950 yen including tax, but it's still expensive. '