Reported that Amazon is planning to deploy 'Amazon department store' 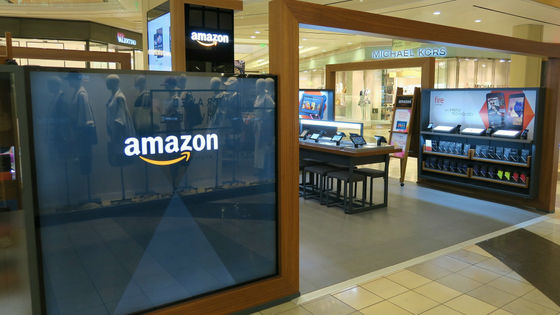 The Wall Street Journal, the economic newspaper with the largest circulation in the United States, reported that 'Amazon is planning to develop its own department store.'

The Wall Street Journal reported that Amazon plans to open a department store in the United States. According to the newspaper, Amazon department stores are initially aiming to open several stores in Ohio and California, 30,000 square feet, about one-third the size of a typical American department store. In addition to the sales floor area, the main product lineup will be Amazon's private brand products such as clothing, furniture, batteries, and electronic devices. At the time of the press, Amazon's private brand products are expected to be prominently displayed, but it is uncertain which brand of products will actually be handled.

Amazon is the world's largest online shopping industry, but in recent years it has intensified its offensive into the physical store business, and continues to increase the number of stores in the physical store type bookstore 'Amazon Book ' and the convenience store without cash register ' Amazon Go'. In addition, the Amazon Salon, a hair salon that combines classic beauty services with the latest technology, is also open in the UK.

Amazon announces the opening of the latest technology hair salon 'Amazon Salon', what kind of technology is used --GIGAZINE Amazon's plans to enter the department store business are reported to have the potential to completely disrupt the predicament of the old department store industry. In the United States, department store sales accounted for 15% of retail sales in 1985, but retailed in August 2021 as a result of the closure of nearly 200 department stores due to a pandemic of coronavirus disease. It seems that it accounts for less than 3% of sales, and Amazon's entry may be stopped.

In contrast to this traditional department store industry, Amazon continues to grow due to crammed demand, with annual gross profit of $ 443 billion as of the end of June 2021 and the largest retailer in the United States. Wal-Mart's annual total sales of 566 billion dollars (about 62.1 trillion yen) are in view. It is reported that American retailers are in the process of reviving from a pandemic, and Amazon is also trying to take advantage of this wave.

An Amazon spokeswoman said in response to The Wall Street Journal's report, 'I will not comment on rumors or speculation.'