Poly Network, whose large amount of crypto assets have been stolen, solicits hackers to 'become a security adviser' 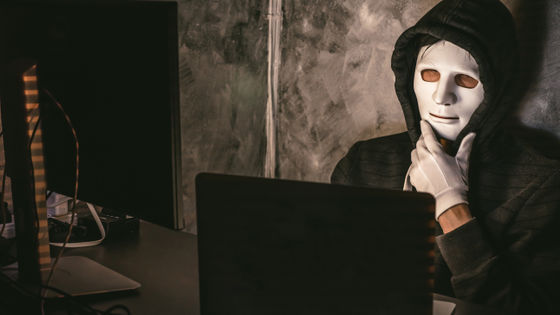 On August 10, 2021, Poly Network , a platform that enables direct exchange of different crypto assets, was hacked by exploiting the vulnerability of the system, and it was the highest amount of decentralized finance (DeFi) hacking damage ever. A total of 611 million dollars (about 68 billion yen) worth of crypto assets have been leaked. Despite this damage, Poly Network is calling on hackers to join the team as 'Chief Security Advisors' in an attempt to fix the vulnerability.

The August 2021 hack resulted in the outflow of a total of $ 611 million worth of Ethereum (ETH), Binance coins (BNB) and USD coins (USDC) from Poly Network. Poly Network immediately reported the damage on Twitter, disclosed the hacker's crypto asset destination address, and called on miners and exchanges to blacklist the tokens sent from that address. He also asked hackers to return the stolen crypto assets.

Cryptocurrency assets totaling more than 60 billion yen, the highest ever, are stolen by hacking --GIGAZINE However, about 24 hours after the hacking was reported by Poly Network, the crypto assets stolen by the hackers were returned one after another. Hackers insisted, 'I'm not very interested in money. Should I learn something from hacking?' 'I want to give you some hints on how to secure your network.' About 60% of the money is returned. In this regard, an expert said, 'Because of the transparency of the blockchain, it was difficult to touch the crypto assets, and returning the crypto assets would have been the best option.'

According to Poly Network, the remaining crypto assets will be about $ 238 million, excluding Tether's $ 33 million, which was immediately frozen immediately after the hack was reported. It is said that it is a situation that can not be touched. This crypto asset is sent to a multi-signature address that requires multiple private keys for transactions, and the hacker holds the private key. The hacker states, 'I will provide the key'if everyone is ready'.' The Poly Network calls the hacker 'Mr. White Hat' and continues to seek a return.

Poly Network is working with related organizations to fix the vulnerability, but apart from that, Mr. Whitehat will be given up to $ 500,000 (about 55 million yen) as a reward for finding the vulnerability. He said he called. However, Mr. White Hat did not accept this and said that it would provide it to the tech community that contributed to the security of the blockchain.

With the intent of Mr. White Hat, Poly Network has implemented a bug bounty program on its dedicated platform, Immunefi . Those who find a serious bug will be rewarded with $ 100,000 each.

The Poly Network has called on Mr. White Hat to 'have no intention of holding him legally liable and sincerely invite Mr. White Hat as Chief Security Advisor.'

#PolyNetwork Has No Intention Of Holding #Mrwhitehat .. Legally Responsible And Cordially Invites Him To Be Our Chief Security Advisor $ 500,000 Bounty Is On The Way Whatever #Mrwhitehat . Chooses To Do With The Bounty In The End, We Have No Objections Https: / /t.co/4IaZvyWRGz