AWS Countermeasures for 'Free Riding' in the Open Source Community 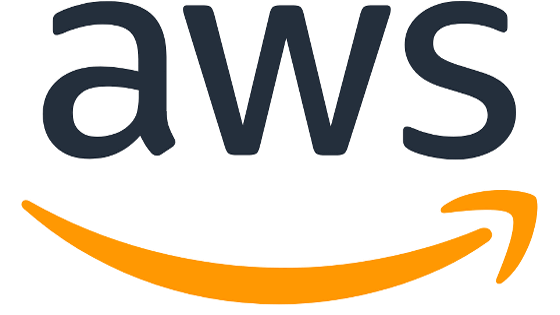 Elasticsearch was licensed in January 2021 as a countermeasure against

Amazon Web Services (AWS) registering the trademark of the product 'Amazon Elasticsearch Service (Amazon ES)' using the open source analysis engine 'Elasticsearch'. It has changed. AWS tried to respond by creating a fork version before the license was changed, but new reports have revealed that the fork version is blocked by the official Elasticsearch Python client.

The database manager and analytics engine Elasticsearch is a service developed by Elastic based in the Netherlands and was originally licensed under the Apache License 2.0 (ALv2), known as a license for free software.

AWS has leveraged its open source Elasticsearch to deliver Amazon ES as a 'fully managed service that deploys, protects, and runs Elasticsearch in a large, easy, and cost-effective way.' .. We also offer 'Open Distro for Elasticsearch,' a distribution that provides most of the features that Elasticsearch users and developers need, such as network encryption and access control support.

AWS has registered the trademark of Amazon ES by tweeting that it has 'released the service jointly with Elastic' even though it has not co-developed Amazon ES with Elastic. In response to this, Elastic argued that it was a 'clear trademark infringement' and filed a trademark infringement petition in 2019, and in 2021 the license itself was changed to 'Server Side Public License (SSPL)' and 'Elatic License'. Announced that it will change to a dual license.

The fight between Elastic and Amazon over open source copyright-GIGAZINE In response, Amazon announced that it will fork Amazon ES before the Elasticsearch license changes. In July 2021, this fork version was released in the form of 'OpenSearch 1.0'. 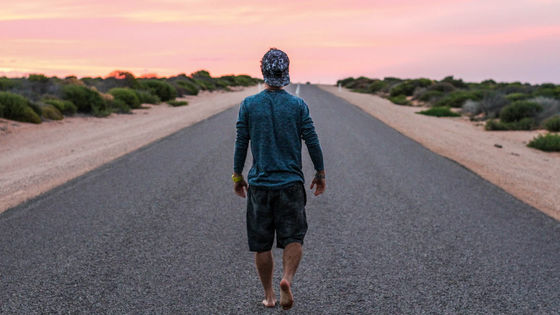 Developers using elasticsearch-py have confirmed that the source code of this elasticsearch-py has been changed to 'check whether the database is an Elastic product or a fork'. If there is no 'X-Elastic-Product' in the HTTP header of the response, or if the value of the 'X-Elastic-Product' HTTP header is not 'Elasticsearch', an error will occur. In the thread where the report was made, developers who were developing open source products that work with both Elasticsearch and OpenSearch were disappointed.

In addition, Elastic deletes the comment of the above thread and restricts the comment by making it a 'solved problem'. 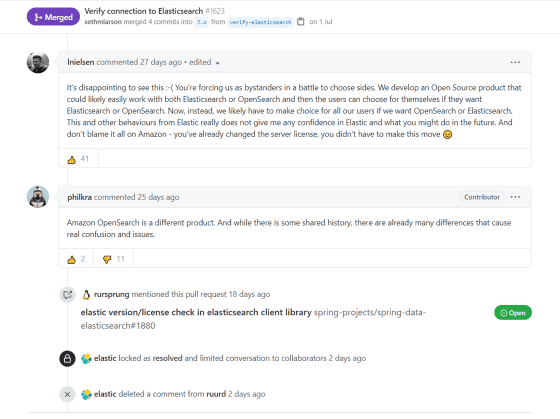