Google has announced that it will abolish Bluetooth support and focus on supporting NFC (Near Field Communication) functions in the physical security key ' Titan Security Key'. As part of this move, in addition to the previously sold USB Type-A and NFC compatible 'USB-A / NFC', a new USB Type-C and NFC compatible 'USB-C / NFC' will be released. Will be done.

Traditionally, when logging in to software or services, personal authentication is performed using an ID and password. However, IDs and passwords always carry the risk of leakage, and it is an authentication method that easily leads to leakage of personal information. Therefore, 'FIDO ' has been developed as an industry standard for authentication technology that replaces conventional password authentication.

The Titan security key is a physical security key that works with apps that support the FIDO standard, and is an item that allows you to log in securely with a two-factor authentication process that uses encryption. You can understand how to actually use it by reading the following article. 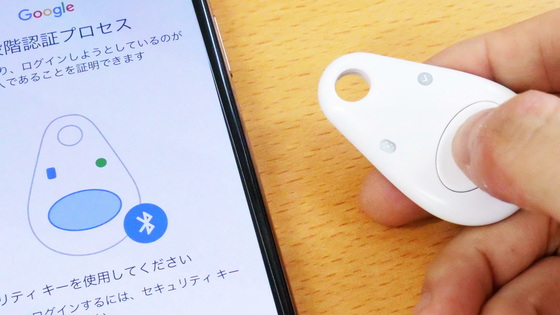 NFC is a function installed in many smartphones and is used for contactless payments. With an NFC-compatible Titan security key, you can log in by simply holding it over your smartphone. Until now, with the Titan security key, the NFC function was installed only in 'USB-A / NFC' that has a USB Type-A terminal, but Google has a USB Type-C terminal as it will emphasize NFC in the future. Announced that the type will also be equipped with NFC function.

Google commented, 'NFC features are now widely supported on Android phones and iPhones, so Google will eliminate the Bluetooth-enabled Titan security key and focus on easier and more widely available NFC features.' , Announced that Bluetooth support will be abolished at the same time as strengthening support for NFC.

The Titan security key can be purchased from the following Google store. However, the lineup was not updated yet at the time of writing the article. 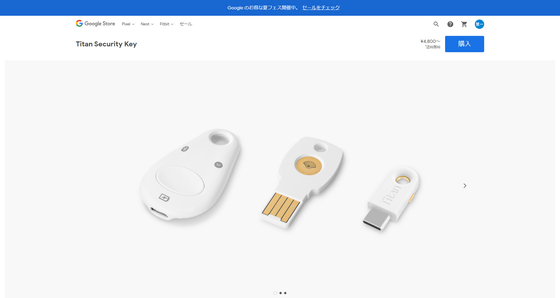