Google announces that it will reduce fees for cloud gaming service 'Stadia', launches multiple new strategies to appeal to developers 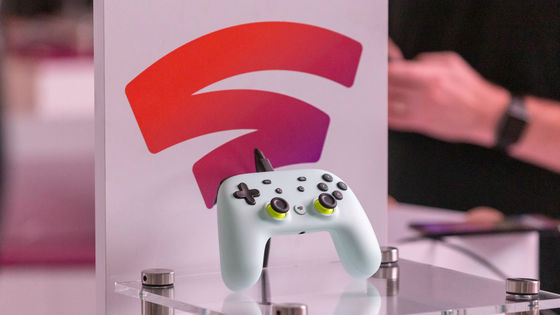 At the Google for Games Developer Summit 2021 conference for game developers, Google announced several new programs to encourage developers to increase sales, such as reducing fees for the cloud gaming service ' Stadia'.

Gamasutra --Stadia to give devs a cut of Stadia Pro revenue (based on how often their game is played)
https://www.gamasutra.com/view/news/385036/Stadia_to_give_devs_a_cut_of_Stadia_Pro_revenue_based_on_how_often_their_game_is_played.php

Stadia increases revenue split for developers until the end of 2023 | Android Central
https://www.androidcentral.com/stadia-increases-revenue-split-developers-until-2023

The most notable feature of Google's new developer programs is the 'reduction of fees.' According to Google, for titles released in the Stadia store after October 1, 2021, the commission will be reduced to 15% until sales reach $ 3 million (about 332 million yen). Google did not disclose the original fee in this lecture, and it is concrete because it responds to the media companies that it 'imposes the same competitive revenue sharing conditions as other industry platforms'. It's unclear how much it has been reduced, but media outlets expect it to be 'originally 30%,' and the program announced this time reports that 'commissions have been cut in half.' The program will impose current fees on sales of $ 3 million and beyond, and the program itself will end at the end of 2023. 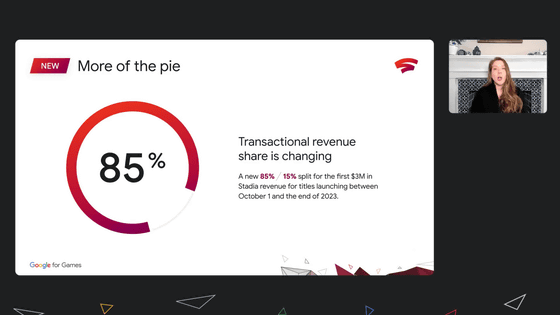 In addition, regarding the subscription plan 'Stadia Pro' that allows you to play a specific title as much as you want for $ 9.99 (about 1100 yen) per month, a program that returns revenue to developers according to 'session days' was also revealed. .. The number of session days is a concept that corresponds to the 'total number of login days of players', and is counted as '1 session' if one player plays for one day, and '2 sessions' if one player plays for two days. Google will distribute 70% of Stadia Pro's revenue to new Stadia Pro titles according to the number of session days mentioned above. 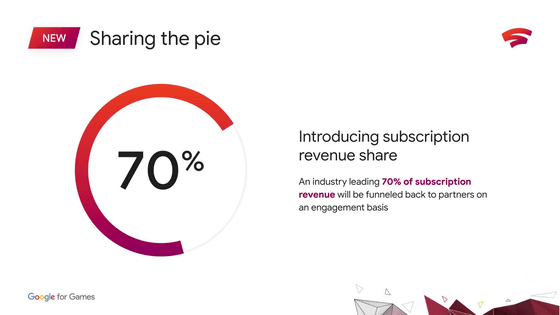 In addition, in order to strengthen the link 'Click-to-Play ' that allows direct gameplay with one click, Google announced that Click-to-Play will have an affiliate function. This affiliate function is a mechanism that when a user subscribes to Stadia Pro through Click-to-Play, the link creator can receive '10 dollars (about 1100 yen) per user'. It is expected to be implemented from the first half of 2022, but there is a caveat that the amount of money earned must reach 500 dollars (55,000 yen) in order to receive the distribution of the revenue generated by the affiliate function. Regarding this feature, Google said, 'Click-to-Play provides simple and special links such as social media, YouTube videos, ads, partnerships, etc. that can draw players into the game on Stadia wherever they click the link. It's an incentive to create it. ' 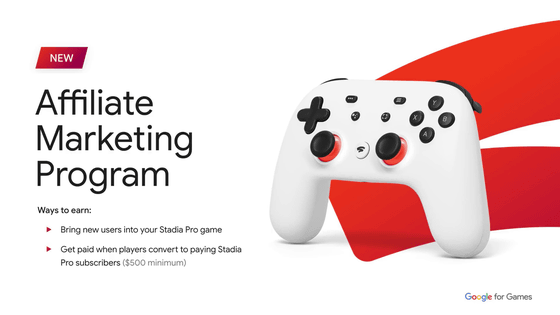