How has iOS 14.5 enhanced privacy and changed corporate advertising spending on iOS? Apple has made privacy enhancements in iOS 14.5, which allows users to 'track user behavior for ads'. Although it was pointed out that the specification change will have a big impact on Facebook and other advertising companies, in fact, marketing company Singular has published how the advertising cost for iOS has changed.

iOS ad spend has been dropping since the release of iOS 14.5
https://www.singular.net/blog/ios-ad-spend-dropping/

Apple introduced a privacy feature called App Tracking Transparency (ATT) in iOS 14.5, allowing users to choose 'Apps use your ad identifier.' The app uses ad identifiers to understand user behavior and display ads based on their interests and interests. For this reason, the lack of access to advertising identifiers is considered to be a disadvantage for businesses.

According to Singular data, the introduction of ATT has continued to reduce corporate advertising spending on iOS. 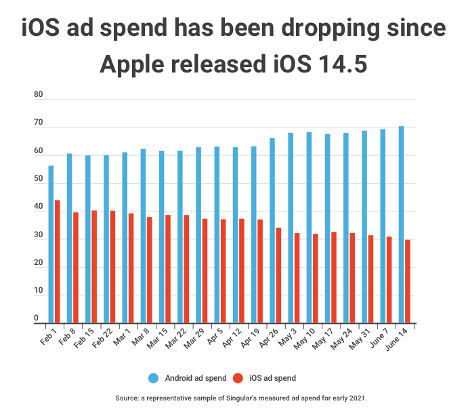 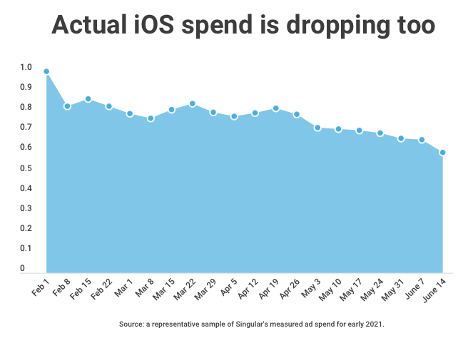 However, before iOS 14.5 was released, Singular explained that more advertising was paid to iOS than usual. As a result, the amount of decrease in advertising expenses for iOS seems to be large. 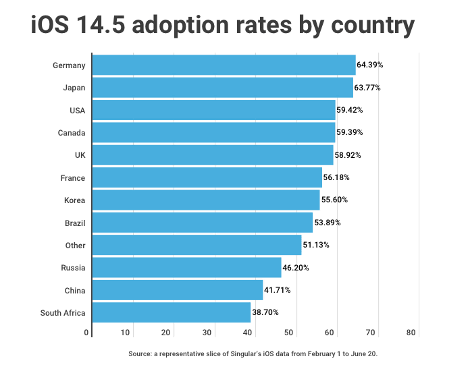 The rate at which ad tracking is allowed, or opt- in, also varies from country to country. In the United States, where privacy enhancement is widely advertised, the opt-in ratio is 16.83%, but in Brazil, which is not well advertised, almost 40% are opt-in. 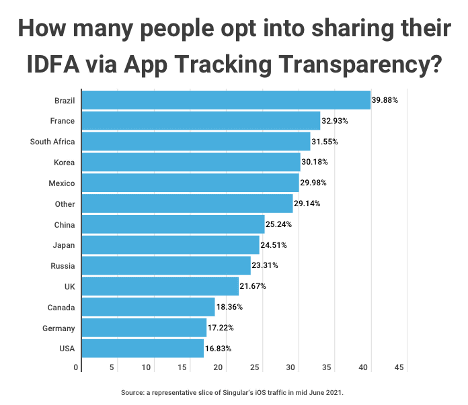