Genome editing technology, 'which uses the features of the gene sequence

CRISPR-Cas9 ' is a new type of immune cells that kill only the cancer cells to treat the making or hereditary eye diseaseresearch and or helped to, a variety of research and medical technology I am making a contribution. The National Public Radio (NPR) of the American public broadcaster introduces the case of a man who took part in the treatment of such a serious hereditary disease with CRISPR-Cas9.

At the time of writing, 65-year-old Patrick Doherty has lived a very active life, trekking in the Himalayas and hiking in the mountains of Spain. However, from around 2020, he began to feel pain like a needle stick between his toes. As shortness of breath became more and more severe, a hospital examination revealed that she had developed transthyretin amyloidosis, a hereditary disease that causes cognitive dysfunction and movement disorders.

This disease caused by denatured proteins causes abnormalities in the limbs and heart, and it is said that about one-third of the affected people are inherited from their parents. Mr. Dougherty's father also died of transthyretin amyloidosis, and Mr. Dougherty said that he had the impression that 'it deteriorates very rapidly, it is just scary' when he saw his father.

One day, Doherty said he was excited and jumped at the opportunity when he learned that doctors were trying new ways to treat transthyretin amyloidosis with CRISPR-Cas9. The series of treatments that Doherty participated in was not something like 'taking out cells, editing them, and reinjecting them into cells,' which is the conventional use of CRISPR-Cas9, but the edited CRISPR-Cas9. NTLA-2001 is injected intravenously to reduce the amount of TTR by editing the pathogenic TTR gene mutation in transthyretin (TTR) produced by the liver. 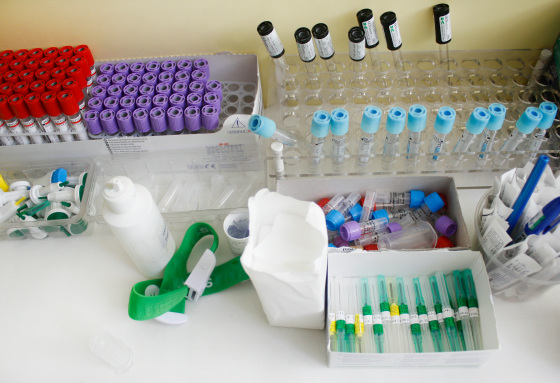 Patients infused with mg NTLA-2001 were found to have an average 87% reduction in TTR levels. In contrast, existing treatments that require long-term treatment reduce TTR by about 80%.

Doherty says he started feeling better within a few weeks of treatment and has been feeling better over the next few weeks. 'This treatment is for people with catastrophic diseases and for the entire scientific community working to discover the potential of genetically-based medicines through cutting-edge research and technology,' said Dr. George Jancopros, who led the treatment. It's the first exciting data. '