What is the 'how to make children eat more vegetables' that scientists have verified in the field? 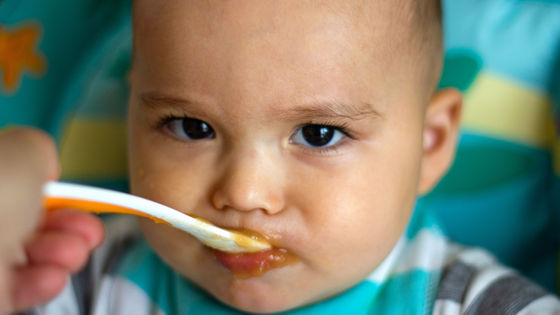 healthy food , but children who like and dislike them sometimes insist that they don't want to eat vegetables. A nutritionist at Pennsylvania State University in the United States has found 'a way to feed more than 1.5 times more vegetables than usual' from the results of a field survey on a strategy to feed these children more vegetables.

Scientists Have Found a Sneaky Way of Getting Kids to Eat More Vegetables
https://www.sciencealert.com/scientists-have-found-a-sneaky-way-of-getting-kids-to-eat-more-vegetables

Vegetables are rich in vitamins, minerals, dietary fiber, etc., and it is essential for health as there are research results that people who eat a lot of vegetables are less likely to get stroke, heart disease, and some types of cancer. It's food.

Do you eat vegetables? | e-Health Net (Ministry of Health, Labor and Welfare)
https://www.e-healthnet.mhlw.go.jp/information/food/e-03-015.html

In Japan, it is recommended to have a well-balanced diet from the viewpoint of dietary education , and many people should have been told in their childhood that they should eat more vegetables because they are good for the body. However, small children often dislike vegetables, and 'my child dislikes vegetables ...' is a timeless parental concern. In response to these voices, Hanim Dictus and his colleagues at Pennsylvania State University's Faculty of Nutrition have found a way to feed children more vegetables. Dictus et al. Have two strategies, 'changing the seasoning of vegetables' and 'increasing the amount of vegetables to be served,' using 67 children (26 boys and 41 girls) aged 3 to 5 who eat lunch at a nursery school. I investigated whether I could actually increase the amount of vegetables I eat.

The vegetables used in the experiment were broccoli and corn. For these two kinds of vegetables, '

Add 6.6% of vegetables by weight, Light Butter (calorie-off type butter) and 0.5% of salt,' and 'Double the amount to serve from 60g to 120g.' After that, I had the children eat it. Menus other than vegetables are fried white fish, rice, applesauce, and milk, and the experiment was conducted once a week for a total of four times over a four-week period. During the meal, we did not ask the children to eat vegetables, but instead asked them to eat as much as they wanted. 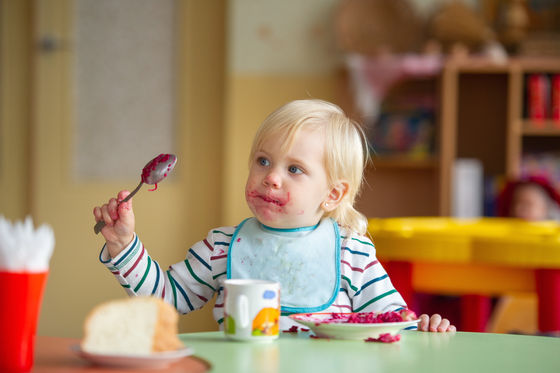 When we measured the weight of vegetables after eating, it was found that only the strategy of 'doubling the amount to serve' was effective among the above two strategies. There was no change in intake when seasoned with butter or salt, but an average increase in intake of 21 g (68%) was observed when the amount served was doubled. Furthermore, in the strategy of doubling the amount to be served, the result was confirmed that 'the intake of foods other than vegetables does not change'.

According to the results of interviews conducted after meals, 76% or more of the vegetables served by any strategy answered that they were 'delicious' and 'fair', and the methods of 'changing the seasoning' and 'increasing the amount' were both subjective. It is known that it does not affect the taste of vegetables. From this, the research team concludes that 'increasing vegetables during meals can increase a child's vegetable intake, but it does not need to be seasoned with butter or salt.'

In addition, the broccoli and corn that were the subjects of this experiment were selected because they are 'generally liked, but they are not the most favorite foods', and the research team has different results depending on the vegetables. Emphasized that there is a possibility of coming out. Based on the results of this research, he plans to continue his research, including the possibility that if the amount of food served is increased too much, the child may become unpleasant and eat less.