'Windows 11' does not officially support Macs with Intel chips 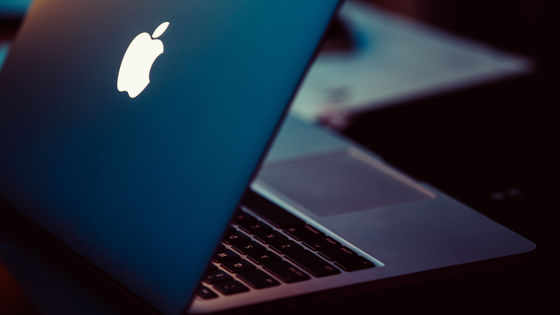 On June 25, 2021, Microsoft announced the next major version of Windows, Windows 11 . Not all users can install this Windows 11, and it has been revealed that Macs with Intel chips that could install Windows 10 at Boot Camp are not officially supported.

Windows 11 is free, but your CPU might not be officially supported --The Verge
https://www.theverge.com/2021/6/25/22549725/microsoft-windows-11-cpu-support-tpm-hardware-requirements 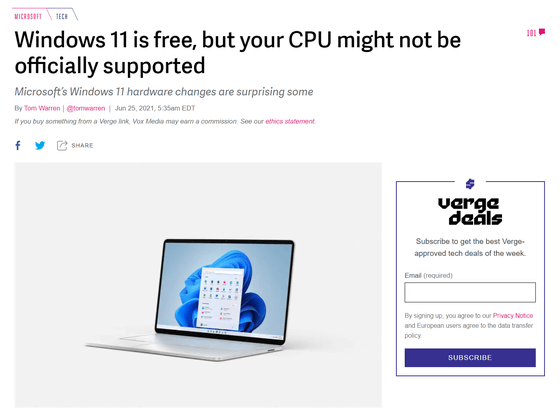 According to the specifications of Windows 11 published by Microsoft official , the minimum system requirement is '64-bit compatible processor or SoC with operating frequency of 1 GHz or more and 2 cores or more', memory '4 GB', storage '64 GB' , The graphics card is said to be 'DirectX 12 compatible'. However, there is also a requirement for 'TPM 2.0 support'.

TPM (Trusted Platform Module) is a chip directly attached to the motherboard of a computer, and is in charge of 'generation of key pair for encryption / decryption', 'calculation of hash value', 'generation / verification of digital signature', etc. I will.

The problem is that not all computers have the TPM that came out in 2014. In the case of custom-built desktop PCs, it seems that there are many cases where TPM is not installed. In fact, it has been reported that even PCs running Windows 10 cannot update to Windows 11 because they do not have TPM 2.0. 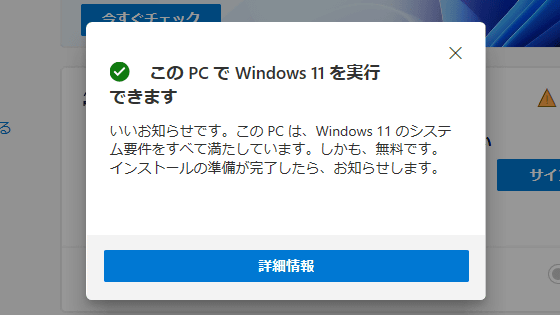 For Macs with Intel chips, there is no standard support for TPM 2.0, so you cannot update to Windows 11. However, it is possible to update the TPM to version 2.0 with a firmware update. However, Apple is migrating from Intel chips to Apple Silicon , and Macs with Apple Silicon are not compatible with any version of Windows.