Previous studies have shown that

coffee reduces the risk of heart failure and that tea helps prevent heart disease and stroke . In addition, a Japanese study published in Stroke , an academic journal published by the American Heart Association, found that 'people who have had a stroke or heart attack who often drink green tea or coffee have a higher survival rate.' ..

Green Tea and Coffee Consumption and All-Cause Mortality Among Persons With and Without Stroke or Myocardial Infarction | Stroke
https://www.ahajournals.org/doi/10.1161/STROKEAHA.120.032273

This time, a research team led by ProfessorHiroyasu Iso of the Department of Social Medicine, Graduate School of Medicine, Osaka University, found that green tea and coffee reduce the risk of death for people who have recovered from a heart attack or stroke. 'While green tea and the world-famous coffee, the most common drinks in Asia, have been shown to reduce the risk of death in healthy people, survival of myocardial infarction and stroke,' the research team said in a paper. No studies have investigated the effects on people. ' He said that advances in medicine and aging have increased the number of people who continue to live after experiencing a myocardial infarction or stroke, increasing the need for research focused on the relationship between those people and drinks. It was. 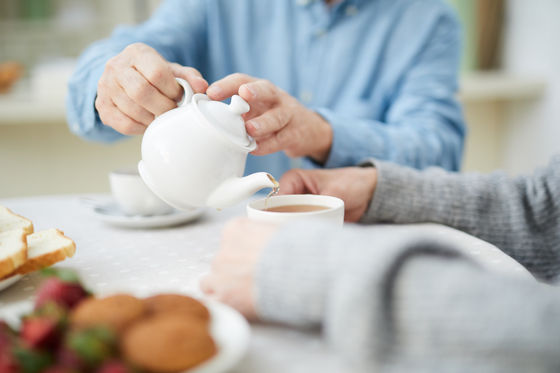 Therefore, the research team selected 46,213 people from the 'Study on Evaluation of Carcinogenic Factors by Cohort Study (JACC Study) ' targeting about 120,000 people living in 45 regions all over Japan, and has a habit of drinking green tea and coffee. And a study was conducted to follow up the risk of death over 18.5 years (median). The 46,213 people studied were between the ages of 40 and 79, with 478 survivors of stroke, 1214 survivors of myocardial infarction, and 44,521 with no history of either. ..

After the survey was completed, the lifestyles of 9253 and others who died during the survey were analyzed using the Cox proportional hazard model, which is a statistical method for investigating what factors affect survival time. It turns out that 'green tea reduces the overall risk of death for survivors of stroke and myocardial infarction.'

Specifically, people who drank 1-2 cups of green tea daily had a 35% risk of death, 44% for 3-4 cups, 48% for 5-6 cups, and 62 for 7 or more cups. It is said that the percentage has decreased. Since one cup of green tea is defined as about 100 ml, seven cups of green tea is equivalent to about three 250 ml PET bottles. The effect of lowering the risk of death was similarly seen in survivors of myocardial infarction, but not in those without a history of stroke or myocardial infarction.

In the case of coffee, it was associated with a reduced risk of death for survivors of myocardial infarction, with an effect of 22% for one cup daily and 39% for two or more cups. This effect was also seen in people with no medical history, but there was no association between the mortality risk of stroke survivors and their coffee drinking habits. A cup of coffee was defined as about 150 ml. 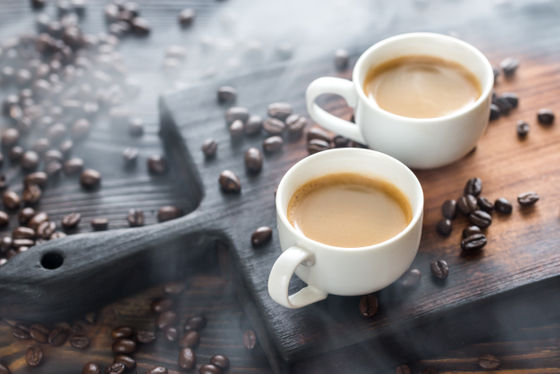 In addition to the above, this study also found that 'the more often you drink green tea, the lower the prevalence of diabetes' and 'people who drink coffee often have a lower prevalence of high blood pressure and diabetes'. I will.

In a paper, the research team said, 'The mechanism by which green tea affects cardiovascular health is thought to be the effect of epigallocatechin gallate, which is the most abundant polyphenol in green tea. Also, caffeine. We also know that drinking green tea is associated with lower serum cholesterol levels and reduced inflammation in diabetic women. ' However, he also points out that this study has the problem that 'because it is a study that observes the results, it is not possible to determine the causal relationship between drinking green tea or coffee and health.'

In his presentation at Stroke, Professor Iso said, 'The point of this research is that in Japan, watered green tea is often drunk, and unlike overseas, sugar is not added. On the other hand, cold coffee is also drunk. However, coffee may contain milk or sugar. In any case, a healthy way to drink green tea or coffee would be to not add sugar. '