Counterfeit chips are spreading due to global semiconductor shortage 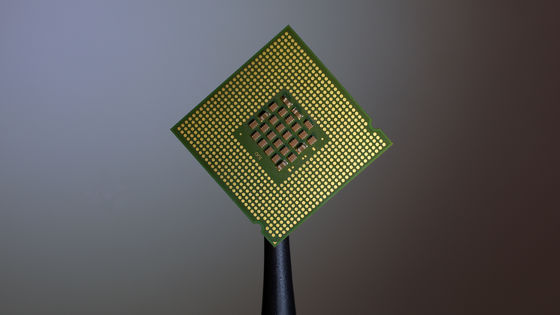 The pandemic of the new coronavirus has disrupted the balance between supply and demand, and the global semiconductor shortage is widening. This shortage of semiconductors has led to a surge in counterfeit chips and devices, and substandard quality components are beginning to negatively impact the life and reliability of electronics, the

Independent Distributors of Electronics, an industry group on the electronics supply chain. Steve Calabria, founder of the Association (IDEA), said.

The pandemic of the new coronavirus has caused a temporary closure of electronic component manufacturing plants , which has had a major impact on the production of many gadgets. For example, the iPhone, which was released in September every year, will be delayed until October in 2020 due to the pandemic of the new coronavirus. In contrast to this decline in supply, demand for PCs and mobile devices is skyrocketing due to pandemic outing restrictions and an increase in remote work and remote lessons.

Intel, NVIDIA, and TSMC executives predict that 'the global semiconductor shortage will continue throughout 2021', the worst prediction is 'will continue after 2023' --GIGAZINE With this shortage of semiconductors, major manufacturers like MSI are working to increase production of graphics cards by reviving their old product lines. However, such a method cannot be imitated by a small business. As a result, small graphics card makers are using 'counterfeit products' to meet market demand, Calabria points out.

'The global shortage of semiconductors has opened up the possibility for criminals to abuse the electronic component market,' Calabria said, adding that early signs of the problem are already beginning to appear.

Not surprisingly, counterfeit electronics have always existed, and fake iPhones made in Turkey and China have been quietly traded in local markets and on the Internet. However, counterfeit chips are gradually changing their targets, and they are shifting from 'general consumers who are trying to buy good things at a low price' to 'production lines that manufacture electronic devices using chips'. thing.

For example chip makers Future Technology Devices International USB serial converter chip 'which (FTDI) is prepared FT232RL the' operates only with driver version '2.08.14' previously counterfeit chips exists . The left of the photo below is the real FT232RL, and the right is the counterfeit product. The real thing has letters engraved on the surface with a laser, but the counterfeit product has letters printed on it. Not only the appearance but also the internal structure is very different, but as mentioned above, up to version 2.08.14 of the driver, it was said that it worked without problems even with a counterfeit chip. Note that the real and fake technology nodes are equivalent, and the logic cell density is higher for fake.

In addition, some counterfeit chips are made as 'cheap imitations', while others are made to the same quality as the real ones, and the quality varies. However, in most cases, while counterfeit chips work well at first, they tend to fail faster than the real thing, shortening the life of the electronics they carry, Calabria said.

However, according to Diganta Das, who studies counterfeit electronics at the Center for Advanced Life Cycle Engineering , which specializes in investigating the life of electronic devices, when the production line outage is involved in detecting and avoiding counterfeit chips, The process tends to be neglected. Problems with counterfeit chips are unlikely to affect the products of large tech companies that buy parts directly from large chip foundries. On the other hand, it can have a significant impact on small businesses that are buying parts little by little from distributors located downstream of the supply chain, especially in markets such as the healthcare, automotive and defense industries. It seems that the manufacturer that supplies the parts to the company is thought to be the victim of counterfeit products.

In some cases, surface inspection alone is not enough to identify counterfeit products, and in other cases it takes a lot of time, such as disassembling the chip or inspecting with a microscope. As a result, some manufacturers neglect the counterfeit chip verification process, resulting in a product that is prone to failure. Although such companies can cope with supply shortages due to shortages of semiconductors in the near future, they will have to deal with product recalls and lawsuits due to the use of counterfeit products, which may result in loss of money in the long run. It has been pointed out that there are also.