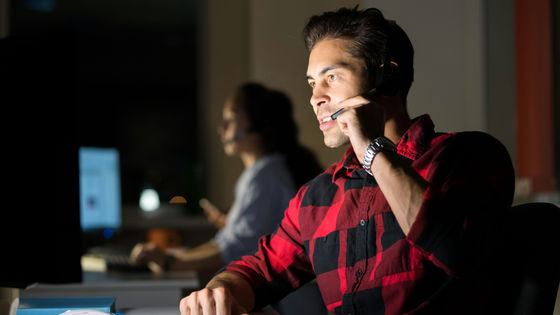 Long working hours are one of Japan's leading social problems, and

the word 'karoshi ' is well established in English. In recent years, death from overwork has become a problem overseas, and in May 2021, the World Health Organization (WHO) announced that 'long working hours kill 745,000 people a year.'

Global, regional, and national burdens of ischemic heart disease and stroke electrically to exposure to long working hours for 194 countries, 2000–2016: A systematic analysis from the WHO / ILO Joint Estimates of the Work-related Burden of Disease and Injury --ScienceDirect
https://www.sciencedirect.com/science/article/pii/S0160412021002208 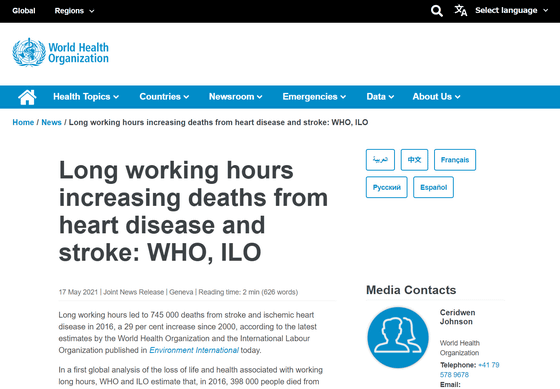 Below is a graph that visualizes 488 million people who continued to work long hours in 2016 by age group and gender. The blue graph points to men and the orange graph points to women. The horizontal axis is age and the vertical axis is number of people. It can be visually understood that many men work long hours by gender, and the peak age group is around 30 to 34 years old. 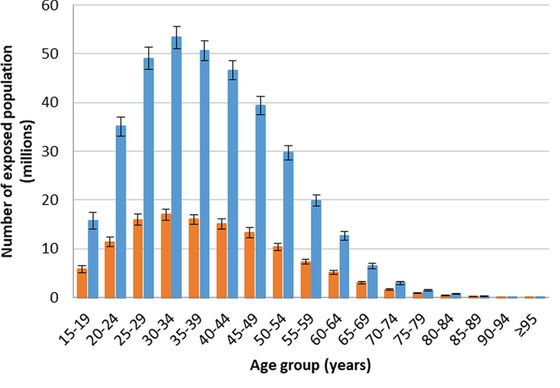 Below is a graph of people who lost their lives due to long working hours. As before, the blue graph is for men, the orange graph is for women, the horizontal axis is for age, the vertical axis is for the number of people, the left side is for ischemic heart disease, and the right side is for stroke. The tendency for more men is common to the graph for long working hours, but this peaks in the age group of 60 to 64 years. It is suggested that around the so-called 'retirement age' is the time when people are likely to die from long working hours.

According to WHO, long working hours are on the rise, accounting for 9% of the world's total population as of 2021. Dr. Maria Neira, director of the WHO's Department of Environment, Climate Change and Health, said, 'Working more than 55 hours a week creates serious health hazards.' It's time to look at the fact that hourly work leads to premature death. '