Google is developing a new advertising mechanism ' FLoC ' without third-party cookies, but FLoC has been pointed out by the Electronic Frontier Foundation as 'the worst' and is suspected of violating antitrust law. I will . Vivaldi CEO Jon von Tetzchner, who develops privacy-focused browsers, also describes why FLoC is a privacy-infringing tracking technology and what he thinks about FLoC.

No, Google! Vivaldi users will not get FloC'ed. | Vivaldi Browser
https://vivaldi.com/blog/no-google-vivaldi-users-will-not-get-floced/

◆ FLoC is a tracking technology that invades privacy
Systems with FLoC do not use third-party cookies, but they continue to track and profile users. This means that FLoC, which is advertised as 'protecting privacy,' is a 'privacy-invading tracking technology,' Tetzchner said.

Whether FLoC is legal under the GDPR is still controversial, and Google only enables FLoC in countries that are not affected by the GDPR. Therefore, at the time of writing the article, it is necessary to communicate with Chrome and Google's server regarding whether FLoC can operate.

Vivaldi uses the Chromium engine, but with many changes to the engine. Vivaldi doesn't allow the browser to communicate with the Google server, so FLoC doesn't work.

In addition, Vivaldi plans to disable FLoC no matter how it is implemented. 'FLoC doesn't protect your privacy, it doesn't benefit your users, and it's for the benefit of Google that you unknowingly let go of your privacy,' Tetzchner said. 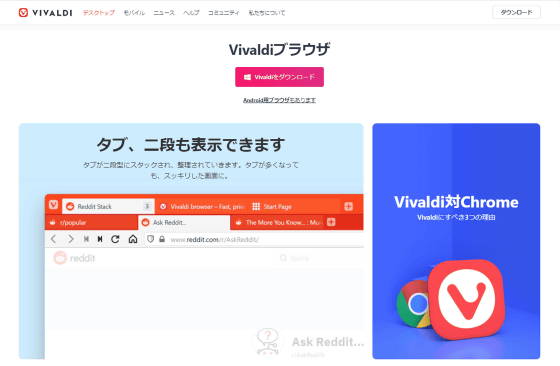 However, companies such as Google and Facebook that make a lot of money from ads have used third-party cookies to track users and display the right ads for them. As a result, the abolition of third-party cookies has become a major issue for advertising companies. Under such circumstances, FLoC is an alternative to the conventional tracking method devised by Google.

Vivaldi, like many privacy-oriented browsers, blocks third-party trackers regardless of how they identify users, such as cookies, localStorage, or fingerprints. 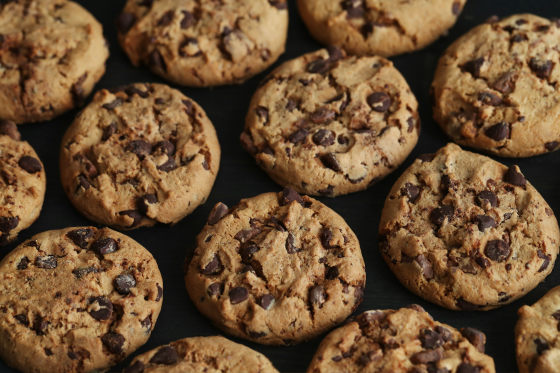 Third-party cookies are a technology used by advertising companies to build user behavior profiles. This behavioral profile allows you to display ads based on your interests, which are derived from your behavior so far, regardless of the content of the website you are viewing.

Such ads are used not only as a way to 'sell merchandise', but also to change user behavior and control people. In fact, it turns out that in the 2016 US presidential election, the Trump camp was running

an advertising campaign to prevent blacks from voting.

Most online advertising trackers belong to some large companies such as Google and Facebook. Trackers use trackers to connect users with social media accounts and names, friends and relatives, past posts, and more to collect large amounts of information. From these data, it is possible to know the personality and private aspects of the user.

Specifically, a third-party cookie is embedded in a website, and when the user first loads the website, the third-party cookie is set along with the identifier. And each time a user visits another website with the same tracker embedded, a cookie is sent to the tracking advertising company to associate that information. By looking at the user profile created in this way, you can see what kind of health the user is in, have political ideas, and where they live.

Tetzchner points out that privacy breaches are rampant as people become accustomed to such tracking and advertising, and have no way of speaking out.

'Vivaldi believes that it should not be legal for a company to create a profile about you. A profile should not be created with or without permission. Ask for consent or click No method should be done, such as asking, 'said Tetzchner.

◆ How does FLoC work? 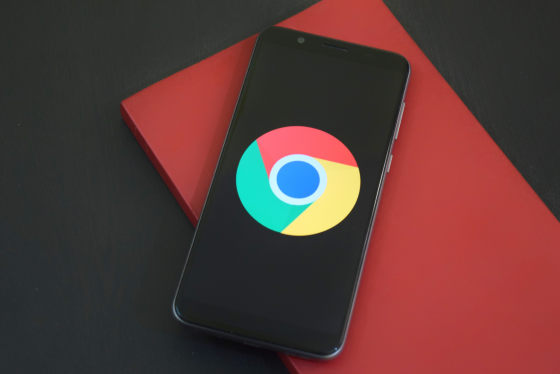 Not assigning individual IDs to users is one of the reasons Google claims that 'FLoC does not invade privacy.' However, we can see that 'people with group IDs 1324, 98744, and 19287 are buying this drug.' For this reason, even people who hide their illness may see a remedy for the illness as an advertisement.

This kind of statistical analysis of IDs is not possible for small advertising companies with little processing data, but it is possible for large companies with a large number of inventory, that is, Google. This gives 'Google a lot of advantages,' Tetzchner said.

◆ FLoC exposes your personal information more than ever
In the past, advertising companies could only see information about the users associated with the website displaying the ad. However, in the case of FLoC, the ID is assigned based on the user's behavior regardless of whether or not the advertisement is displayed on the website.

◆ FLoC has an impact on society as a whole
Tetzchner also believes that FLoC has very serious implications for people in persecuted environments, including sexuality, political perspectives and religion. For example, if the dictatorship determines that 'oppositions have the same FLoC ID,' those with that ID could be at risk through government-controlled websites. thing. The same is true for religion and sexuality. Thus, Tetzchner also mentioned putting individuals at risk beyond privacy.