What is non-copyable digital data 'NFT' that has the potential to block the 'infinite duplication' capability of the Internet? ' Non-fungible token (NFT) ' was originally a cryptocurrency term and refers to a token that is literally irreplaceable. Taking advantage of this characteristic of NFT, it is attracting attention to trade art works and video data as 'non-copyable digital works'. Decrypt, a cryptocurrency-related media, summarizes where such NFTs came from and what are the problems with existing NFT contents.

Selling digital content as an NFT has received a lot of attention in recent years, 'if you choose the word that symbolizes 2021,'NFT' will be chosen,' Decrypt wrote. In fact, on March 11, 2021, the NFT art created by artist beeple was sold for $ 69,346,250 (about 7.5 billion yen), the highest price ever for NFT content.

One piece of NFT art will be sold for the highest price ever for 7.5 billion yen --GIGAZINE A portal to a promising new open world is coming, and your Kitties will be invited to explore this new world on @flow_blockchain ! Https://t.co/0Z29W7urjK

NFT content for sale as of 2021 includes almost anything that can be converted to digital data.

For example, American rock band Kings Of Leon released their new album ' When You See Your Self ' in NFT format on March 5, 2021. It is reported that sales exceeded 2 million dollars (about 220 million yen) in 5 days from the launch.

One of the songs included in 'When You See Your Self' can be viewed from the following.

Kings Of Leon --When You See Yourself, Are You Far Away (Audio) --YouTube


In addition, the NBA Top Shot, which is the pinnacle of the professional basketball league and sells the highlights of the game in NFT format, is gaining popularity. The 'NBA Top Shot' is one of the most vibrant NFT content, and it is reported that the transaction volume in the past month has reached 250 million dollars (about 27 billion yen). In addition, UK-based anonymous artist Banksy burned his art piece 'Morons' and sold the original data as an NFT at auction. 'Morons' says 'I can't believe you morons actually buy this shit', but at the auction 32,500 The work has been sold for dollars (about 35 million yen).

It is clear that NFT content is popular, but since it is data published on the Internet after all, anyone with basic knowledge can easily get the data regardless of whether it is legal or not. You can copy it. You can also embed tweets and movies on your website, so you might be wondering, 'Why do I have to pay to own that data?'

When you actually purchase NFT content, you can get data that looks like the same copy data that is flooding the Internet. However, this original data comes with a unique proof of ownership. Since this certificate is stamped on the blockchain , it cannot be tampered with, and it always states who owns it, so to speak, the data is stamped with a 'serial number'. It's like.

Regarding the characteristics of NFT content, Decrypt said, 'This guarantees that NFT content has only one' real 'owner, just as an original work signed by a famous artist is worth hundreds of millions of yen. The value of NFT content is that even if there are innumerable copies of data on the Internet, the original data signed by the author is owned only by the person who purchased the NFT content. That's why we are raising it. ' 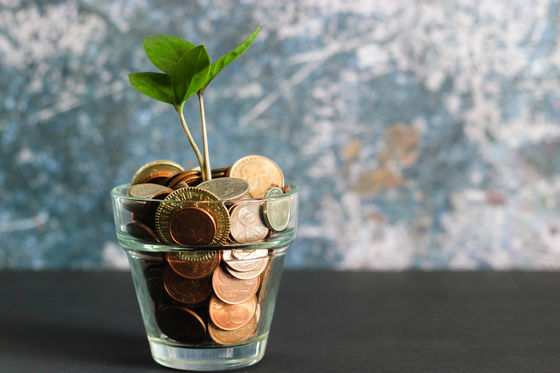 However, it should be noted that the sports and music fields have their own strict rules regarding copyright of NFT content. For example, the NBA Top Shot purchaser is clearly not allowed to change the highlights or use the highlights in a way that the NBA considers disgusting or offensive. It is said that it is. These restrictions are stricter than in the case of an 'NBA card' that uses photos of NBA players. The NBA often compares the 'NBA top shots' of NFT content with NBA cards, but Decrypt says, 'In the case of NBA cards, the owner draws a mustache on the player's photo printed on the card or puts the card in a collage. But if you do the same thing in the NBA Top Shots of the NFT Content, you're likely to violate the rules, 'said the NBA's restrictions on NFT content. Pointed out that it is a little excessive. Thus, the rise of NFT content has spurred discussions on the role of copyright on the Internet. 'NFTs can ease long-standing tensions between creators and technology platforms,' some say in favor of NFTs, noting that 'NFTs are causing a new type of piracy.' There are people, and there are pros and cons.

Tonya Evans, an intellectual property expert at Dickinson Law School in Pennsylvania, is a researcher on the NFT content presented in recent years. He believes that 'NFTs will be an important new way for creators to connect with their fans and make money from them.' According to Evans, at the forefront of the NFT boom are black artists who sell and sell their work on platforms like Clubhouse. He claims that NFTs will be a countermeasure to counteract the 'infinite reproduction ability' of the Internet and will support artists in releasing digital works.

'The proliferation of the Internet has threatened the music industry, allowing anyone to copy the perfect digital data of the original, but NFTs may be able to correct that mess.' Said. 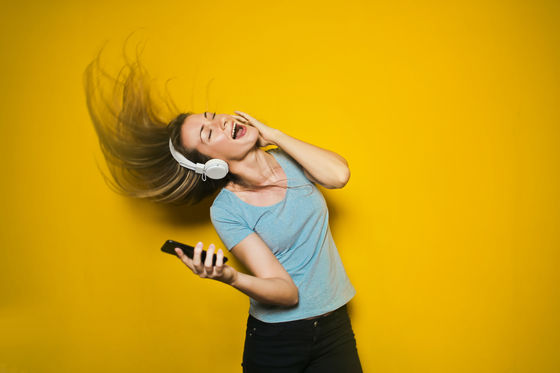 Well-known artists like beeple and Kings Of Leon aren't the only ones making money by using a new form of data called NFTs. On platforms such as Nifty Gateway and OpenSea , unknown artists make a living by selling NFT content.

However, some people are aware of the trend of NFT content and plan to make money. Artist @WeirdUndead is protesting on Twitter when he learns that his work was sold as NFT content before he knew it.

I tried to ignore whole #NFT hysteria but WHAT THE FUCK
I don't give any permission (ESPECIALLY to random jerks) to make tokens from my content and I feel so angry pic.twitter.com/E9UKF1AXug

Eltem Demirors of CoinShares and Neeraj Agrawal of CoinCenter, who have a strong influence in the cryptocurrency industry, are also uncomfortable with their tweets being sold as NFT content.

Decrypt points out that the act of converting other people's content and tweets into NFT content and selling it is also one of the new copyright infringement problems surrounding NFT. Another problem is that due to the nature of the blockchain that underlies NFTs, it is extremely difficult for artists to find and sue users who infringe copyright.

In this way, problems in handling NFT content are also mentioned, but as mentioned above, many people are optimistic that the positive impact of NFT as a new source of income for artists outweighs the problems. And that.

The Internet has brought many blessings to various creators, including artists and writers, but the advent of pirated content, which copies and distributes content without permission, has hit the music and video industries hard. It's also pointed out that streaming services like Spotify haven't paid enough money to the creators of digital content.

Therefore, there are strong expectations for NFTs, which have the potential to completely change the profit structure of current content creators. Aaron Wright, a blockchain expert at Benjamin N. Cardozo Law School, said the rise of NFTs could help bring the copyright controversy over digital content to an end. In addition, NFTs are a way for artists to sell rare and unique works on the Internet, and due to their nature, they may not have to worry about resale or other issues.

He also pointed out that Internet users are getting tired of huge platforms like Facebook, and that communities like Clubhouse are becoming more intimate with creators and fans. Decrypt notes that it is an opportunity to make money.