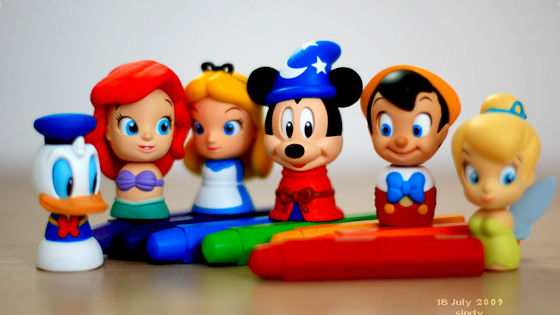 The non-fungible token (NFT), which guarantees the authenticity of digital art through blockchain, is expected to create an innovative mechanism for creators to generate profits by combining it with license sales. It is said that it is possible to build a business like Disney that generates profits by monopolizing copyright, but the point that 'NFT does not automatically grant copyright' is Adi of technology media The Verge. Robertson points out.

NFT makers are trying to build the next Disney --The Verge
https://www.theverge.com/22785051/nft-collectibles-intellectual-property-decentralized-disney

Unique and irreplaceable data 'non- fungible tokens (NFTs)' recorded on the blockchain are attracting attention as the best way to prove the authenticity of digital art works. Since May 2021, many people have changed the Twitter icon to 'monkey avatar image', but this is also digital art using NFT. NFT Art is closely connected to the new online community 'NFT Club' that combines investment, art and community, and enhances its value.

You can read how the NFT club operates from the following article.

What's behind the proliferation of 'monkey icons' on Twitter? --GIGAZINE 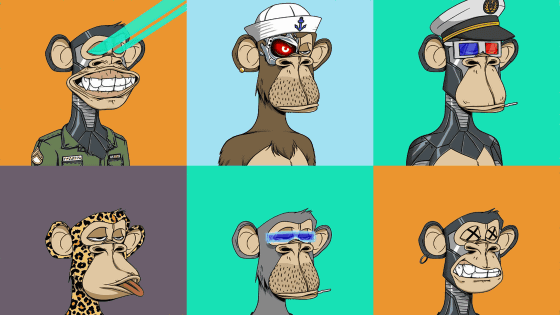 Art forgery is associated with art forgery, and it is believed that NFTs can solve this problem. In addition, NFT art is often described as 'distributed Disney' because the core brands of NFT clubs often have exclusive rights and the goal is to build a business through license sales.

For example, NFT avatars such as the 'monkey icon' have proven to be unique, and NFT avatar buyers can create a single fan art or spin off a completely different series. It is possible. Icon buyers and spin-off creators can sell their work and make a profit, as one of the spin-offs created by a large number of people gets the attention and raises the profile of the monkey's icon as a whole. Of course, you can sell all your rights and start a new project. In contrast, owning intellectual property means having the copyright and trademark associated with the work. Copyright ownership allows you to sell a copy of your work or create another piece of media based on the copyright. Having a trademark also prevents others from selling your work on the trademarked item.

According to Robertson, NFTs do not themselves grant specific legal rights. Copyrights and trademark rights are premised on a complex legal framework enforced by national and international organizations, but the appeal of NFTs is rather 'the ability to claim ownership without the need for government backing', Robertson said. Mr. says.

For this reason, NFT art is individually licensed, but its form varies from art to art. In

the case of NFT art called 'Chill City Penguin ', it is possible to print it for non-commercial use only once, and in the case of 'A Bored Ape Yacht Club ' which develops monkey icons, you can freely sell your own monkey icon. You can make and sell, but the availability of the word 'Bored Ape' depends on the NFT number. In the case of CryptoKitties , it complies with the NFT License , which attempts to standardize the NFT's intellectual property framework. 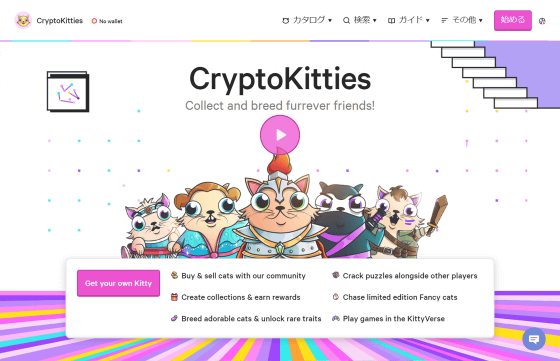 However, Disney strictly cracks down on content under exclusive rights, but basically many NFTs welcome fan art. And when collaborating, it seems that the main form is to manually conclude a license contract or a one-time use contract instead of an automatic contract by blockchain.

As mentioned above, the NFT itself is an ambiguous position in copyright and does not automatically prove the existence of the right. In October 2021, six writers created the 'core' of the story, and a project was started in which fans could convert the work created based on that core into an NFT, but 'the location of the copyright is unknown. It was closed in response to the criticism. Thus, while there are praises that 'NFTs are a new media model' due to the nature of NFTs, 'NFTs are not innovative new media, but simply a way for creators to use their fans to monetize. Some people point out that.

It is certain that the NFT will prove ownership and will prevent the occurrence of 'unknown owner' cases. On the other hand, copyright trials often end up in 'fair use,' where proof of ownership is not important. There are so many issues that NFTs have to solve in terms of copyright, and it seems that it will take some time before NFTs become 'distributed Disney.'