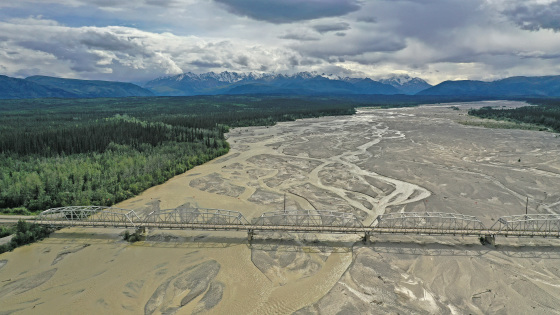 The Intergovernmental Panel on Climate Change (IPCC) predicts that global average sea level rise over the last two decades has risen by 2.6 mm per year, with sea level rising 1.1 meters by 2100. But some scientists have warned that coastal areas have more serious problems.

According to a study conducted by Robert Nichols, director of the Tindall Center , a climate research institute in the United Kingdom, the average annual sea level in the coastal areas over the past 20 years is 7.8 mm to 9.9 mm as a result of combined land subsidence and sea level rise. It became clear that it had risen. That's about four times the rise around the world, including the coast, and Nichols and colleagues warn that urgent action is needed. In addition, Nichols et al. Analyzed sea level fluctuations caused by climate, changes in glaciers that cause land uplift or subsidence, land subsidence, etc., and measured the weighted average value per population to determine the degree of risk in each region. ..

Nichols et al. Analyze that the cause of land subsidence is the pumping of groundwater and the mining of oil, gas, and earth and sand. In Tokyo, Shanghai and Bangkok, land subsidence has dropped significantly due to reduced groundwater pumping, but in New Orleans, Jakarta and other cities, direct efforts have been made to prevent land subsidence. Nichols and colleagues say. 'To accurately analyze coastal conditions, it is important to measure not only sea level but also subsidence land,' Nichols said.