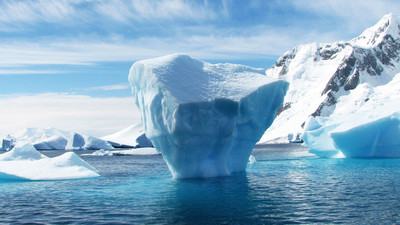 Greenland, the world's largest island between the Arctic Ocean and the North Atlantic, covers an area of about 2.2 million square kilometers, with more than 80% of its land covered by ice sheets and perpetual snow. It has been reported that the Greenland ice sheet has melted at an unprecedented rate for at least 350 years.

Greenland is melting much faster than we thought | Popular Science
https://www.popsci.com/greenland-ice-sheet-melting-fast

In 2012, about 97% of the surface of Greenland's ice sheet melted and turned into mud, and it was also revealed that the sea level of the earth rose by more than 1 mm, and the glacier melt in Greenland is the world's This is a major problem. The National Aeronautics and Space Administration (NASA) also revealed that the Greenland ice sheet was declining in 2015 and that approximately 2500 gigatonnes of ice had melted in the 11 years from 2004 to 2015. 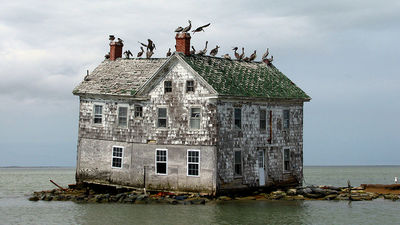 A team led by Luke Trusel, a glacier researcher at Rowan University, drilled ice at 6000 feet above sea level (about 1,800 meters) above the Greenland ice sheet and glacier. The researchers then measured the physical and chemical properties of the layers that make up the ice core from the excavation, and investigated the meltability of Greenland ice over the past 350 years.

According to the research team, all ice cores surveyed in Greenland had increased meltability. Especially in the past 20 years, the melting of ice has increased by 250-575% compared to before the industrial revolution that occurred in the middle of the 19th century. Ice sheet runoff has increased by 50% since the Industrial Revolution, and has increased by 33% in the twentieth century alone. The findings further strengthen the theory that one of the major causes of the melting of Greenland's ice is 'sudden global warming caused by human activities'.

Of course, not only is global warming the cause of accelerated melting of Greenland's glaciers, but the research team also said, 'The accelerated melting of Greenland's ice is due to the combination of several factors. Things '. One of the factors is 'albedo of glacier (sunlight reflectance) feedback'. If the glacier's surface melts, the albedo will drop, but lowering the albedo will increase the rate of solar heat absorption, further promoting the melting of the glacier. When this “Albedo fordback” occurs, the melting of glaciers is said to be unstoppable. Even if the glacier once melted re-frozen in winter, the purity and transparency of the ice will also decrease, and when it melts again in the next summer, it will penetrate into cracks and cracks in the ice sheet and melt the glacier from the root. . 'Greenland has enough ice to raise the Earth's sea level by 23 feet (about 7 meters). Not all ice melts right now, but it melts,' Trusel said. It is important to think about what changes will take place when assessing the risks of living in coastal areas. ' Trusel believes that sea level rise from Greenland has a significant impact, as 40-50% of Americans live along the coast.

'Growing more warmly, we will lose more than twice as much ice, and melting more ice will be more difficult,' said Sarah Das, a glaciologist at the Woods Hole Oceanographic Institute . It will lead to a fast rise in sea level. '

Trusel and Das said they would follow up the findings further by drilling ice cores in areas other than Greenland, such as Antarctica. 'The future is in our hands,' says Das. Measures to reduce greenhouse gas emissions will curb future warming and reduce the risk of rising sea levels from melting glaciers and ice sheets. It can be significantly reduced. '