YouTube removes about 3000 channels trying to influence public opinion and politics, of which 2946 are Chinese accounts 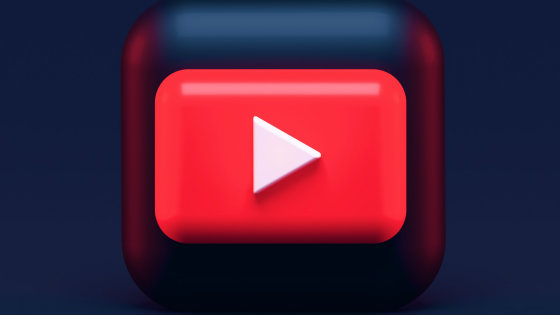 YouTube announced that it removed about 3000 channels in the first quarter of 2021, which appear to be influencing governments and public opinion in countries such as Russia, Ukraine, Brazil and China. Of the deleted channels, 2946 were from China. 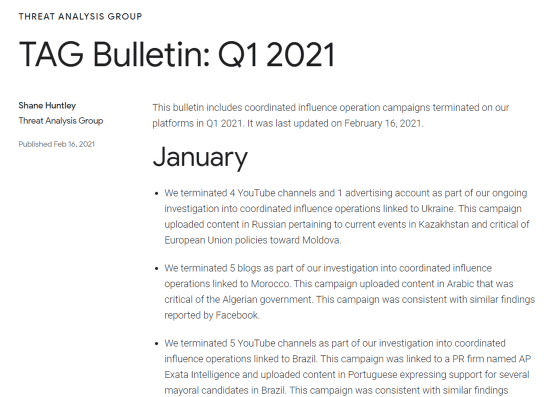 Many of the deleted channels are now considered part of 'Coordinated Influence Operations,' according to a Google blog post by Shane Huntley, director of Google's Threat Analysis Group. I am. The Think Tank Rule- Forming Strategy Institute has described Influence Operations as 'a program that studies national behavior that influences the formation of public opinion and policy making in other countries using various methods from various angles such as diplomacy, military, economics, and cyber.' Influence Operations also includes Russia's involvement in the 2016 US presidential election.

Most of the 2946 channels removed in China are music, entertainment, and lifestyle spam content, in English about the US government's response to the slightly new coronavirus infection (COVID-19) and the political division of the United States. And Chinese content was also included.

The YouTube channel that was deleted most often after China is related to Russia, with a total of 11 channels. In addition to the YouTube channel, advertising accounts and mobile developer accounts have also been deleted.

The content of the deleted content covered events in Ukraine, the US presidential election, the merger of Crimea, the Syrian Civil War, the historical events of Afghanistan, Armenia and Ukraine, and opposition leader and activist Alexei Navalny .

All of these channels and accounts provide content in Russian, and it is believed that the Kremlin is trying to influence the formation of public opinion. 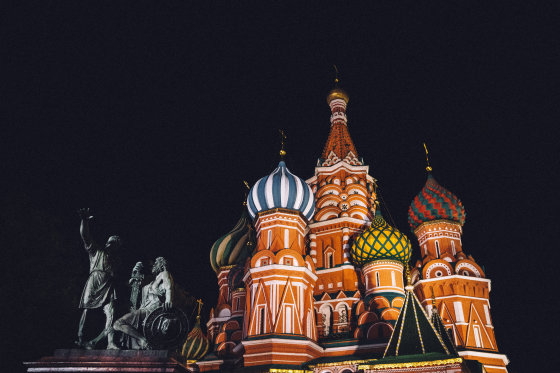 In addition to the above, content such as YouTube channels, advertising accounts, and blogs in Ukraine, Morocco, Brazil, Kyrgyzstan, Egypt, etc. are also considered as part of the collaborative impact operation and have been deleted. Announced that about 3000 channels were deleted in the first quarter of 2021.