I tried using the handwritten English monospaced font 'Comic Mono' that can be used commercially for free. 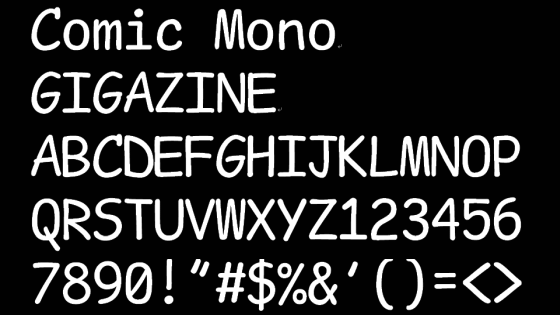 There are many types of fonts, including

monospaced fonts and proportional fonts . A monospaced English font ' Comic Mono ' with a handwritten and soft impression was released, so I actually tried using it.

'Comic Mono' is a font in which the handwritten English font ' Comic Shanns ' is modified by programmer dtinth into a monospaced font. To actually use it, access the distribution site and click 'ComicMono.ttf'. 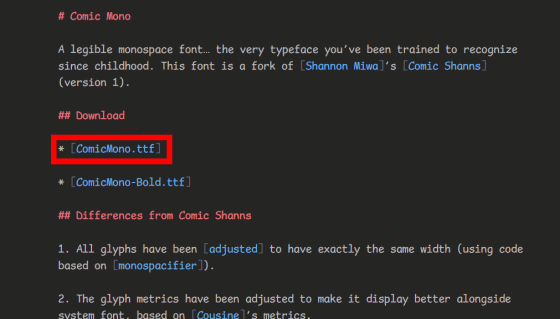 Double-click the downloaded font file to open the font viewer. 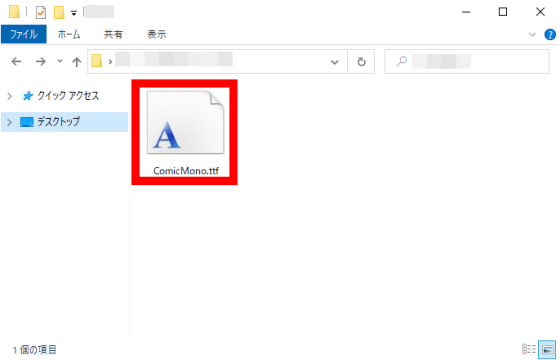 Click 'Install' at the top left of the window to complete the installation of 'Comic mono'. 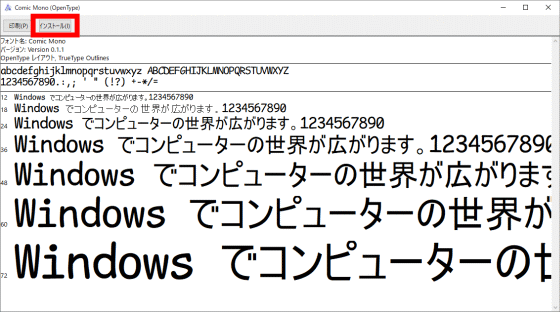 When you display the alphabet with 'Comic Mono', it looks like this. A rounded handwritten font.

When displaying numbers and various symbols, it looks like this. The number '0 (zero)' has a diagonal line, making it easier to distinguish it from the letter 'O'.

When I display the source code of the GIGAZINE top page , it looks like this. Since 'Comic Mono' is an English font, the Japanese part is displayed in a different font. If you want to use a handwritten font, it is recommended to use it in combination with a handwritten Japanese font such as ' Gentleness Gothic '. 'Comic Mono' is released under the MIT license and can be freely used, modified, and redistributed for commercial use.