What are the 'merits / disadvantages of coffee' that coffee addicts find out after quitting coffee? has shown that people who drink a lot of coffee tend to live longer, it is also not good to drink too much coffee because of the negative effects of overdose of caffeine . Oliver Calvayan, a writer who was a big coffee party who drank 2-3 liters of such coffee every day, has released the changes that happened to his body after quitting coffee for a year.

What Happened When I Quit Drinking Coffee For One Year | by Oliver G. Calubayan | In Fitness And In Health | Nov, 2020 | Medium
https://medium.com/in-fitness-and-in-health/what-happened-when-i-quit-drinking-coffee-for-one-year-bc7a84675987

◆ Reasons for starting and quitting coffee
Carbayan, who admits to being a 'fitness enthusiast,' became a big coffee lover because he learned that caffeine in coffee has the effect of boosting athletic performance and suppressing fat accumulation . Is the trigger.

At first, Mr. Calvayan only drank 500 ml of black coffee before starting training, but after realizing that drinking coffee does not make fasting for weight loss painful, the number of times he reaches for coffee has increased. Gradually, I started to drink 2-3 liters of coffee a day. One day in January 2019, Mr. Carbayan's body suffered an accident. Carbayan, who tried to start his daily training after drinking two cups of coffee in the morning, was exhausted even though he slept for seven hours, and when he played basketball for two hours all the time. He noticed that his body hurts.

After drinking another cup of coffee and warming up the training, Mr. Carbayan suddenly became drowsy and fell on the sofa and took a nap for an hour. Taking a nap after drinking three cups of coffee means that the awakening effect of caffeine has stopped working. What's more, Mr. Carbayan began to realize that he would be frustrated if he didn't drink coffee.

By this time, Carbayan said that he could drink up to 4 liters of coffee a day, and decided to quit coffee.

◆ How to cut coffee and its effect
Carbayan, who started by reducing coffee little by little, started drinking green smoothies made from fruits and vegetables instead of coffee, at the recommendation of his family who were worried about lack of vegetables. Carbayan said that the smoothie he drank for the first time was the best taste, and on the fourth day he began to realize the effect that 'I no longer need the first coffee in the morning' and reduced the number of coffees I drink to two cups a day. Is done. 1. 1. Increased productivity
Whether it's 5 hours or 9 hours of sleep, Mr. Carbayan said he couldn't help but be worried about the tiredness and dullness of getting up, but after he stopped drinking coffee, he could wake up cleanly with 6 hours of sleep. It is said that it has become. Thanks to that, I was able to do a fulfilling daily routine of waking up at 5:30 or 6 in the morning, reading, exercising, and making breakfast, and then waking up my child at 7:30.

In addition, the lack of coffee breaks has improved his concentration while writing articles. When he was working as a writer while drinking coffee, Mr. Carbayan said, 'I used to drink coffee to fight a mist in my head, but now I think about coffee. Overdrinking may have been the cause of the condition, 'he recalls.

2. I have a bad bowel movement
Mr. Calvayan realizes not only the advantages of quitting coffee, but also the disadvantages. It is said that defecation every morning did not go smoothly, probably because the effect of 'activating the function of the intestines' that caffeine has has disappeared.

'I'm careful not to eat too much, and I often fast to lose weight. If you eat a lot the day before, you don't have to worry about bowel movements, but calorie restriction. It can be a difficult problem for those who are doing it. ' 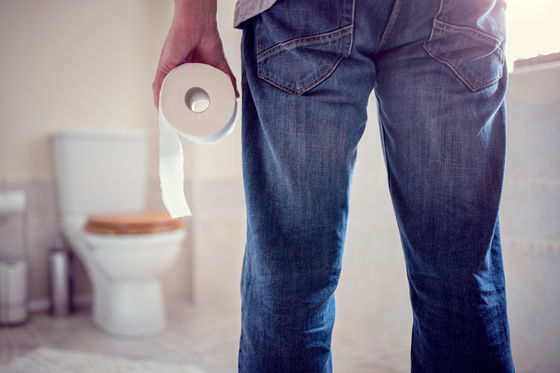 3. 3. My teeth are clean and my bad breath is gone
This was not realized by Mr. Carbayan, but was pointed out by Mr. Carbayan's wife. Tannins in coffee can cause yellowing of teeth, and coffee can also cause bad breath, so quitting coffee may have eliminated the stains and bad breath on your teeth, Calvayan said. I'm analyzing.

Four. I feel better
As mentioned above, Mr. Carbayan, who drank many liters of coffee a day, became anxious, depressed, and frustrated if he could not drink coffee when he wanted to. However, by quitting coffee, the waves of mood became calmer, and there was no worry of being frustrated when coffee was not available.

6. The waist has increased
Eight months after quitting coffee, Mr. Carbayan said his pants began to feel tight. As a result of Mr. Carbayan's measurement of his waist, it was found that his waist was 1 inch (about 2.5 cm) larger than before. 'Green smoothies were a great idea to cut off caffeine, but they're obviously higher in calories than black coffee, so we had to include smoothies in our calorie counts to avoid gaining weight.' Also, drinking coffee in the evening when I was hungry suppressed my appetite, which helped me lose weight, but as a result of quitting it, I ended up consuming more calories. ' Stated.

◆ Summary
As a result of comprehensively considering the above 'merits and demerits of quitting coffee', Mr. Carbayan said that he started drinking coffee again. However, instead of drinking coffee in an unorthodox manner as before, I decided to drink it under the following conditions.

・ Drink coffee only in the morning so as not to interfere with your sleep cycle.
・ Drink coffee only before training or when you have to concentrate on writing for 2 hours.
・ When drinking coffee, use only one spoonful of coffee powder.

Regarding his experience of quitting coffee, Mr. Calvayan said, 'In an experiment to actually quit coffee, it turned out that drinking coffee has a positive effect on weight. However, drinking too much coffee is ideal. I can't say that, so I also realized that it's important to find a healthy balance. '