Since you can only write up to

280 characters per tweet on Twitter, you need to use the thread function to combine multiple tweets when posting a long sentence that exceeds 280 characters. However, on the Twitter posting screen, the number of input characters is not displayed until the character limit is reached, and the appearance when the thread is displayed cannot be confirmed, so it is not suitable for editing long sentences. So, I found a web service ' Typefully ' that allows text editing while checking the thread display when posting to Twitter in real time, so I actually tried using it. 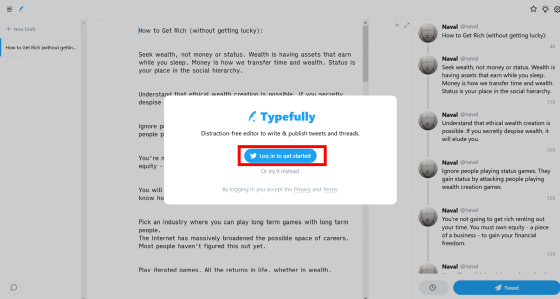 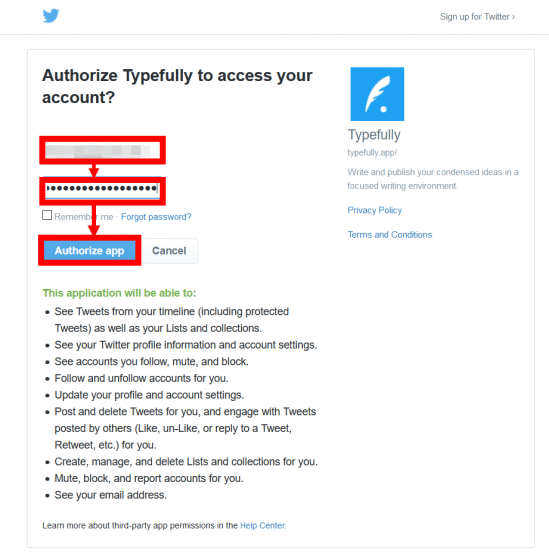 The top screen of Typefully looks like this. The area on the left is a list of drafts and posted texts, the middle is the text input area, and the text entered in the area on the right is displayed in threads. 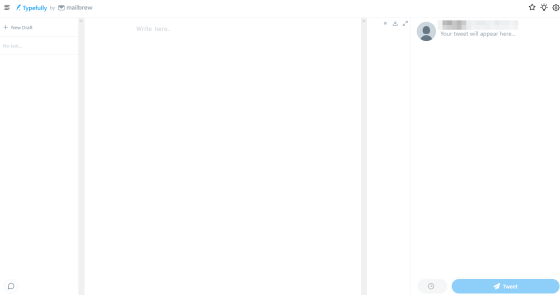 When I entered text in the middle area as a trial, the appearance when posting to Twitter was displayed in real time in the right area. In addition, the number of characters entered is displayed at the bottom right of the red frame. The characters I entered this time are 8 characters, 'I am a cat.' However, Twitter counts Japanese as twice as many characters, so it was displayed as '16'. 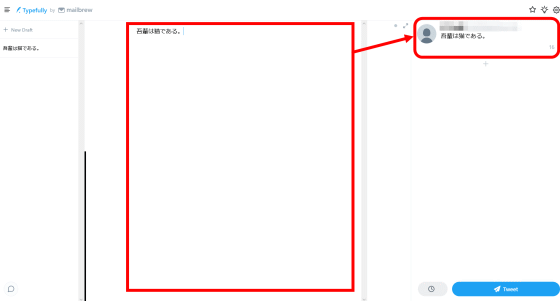 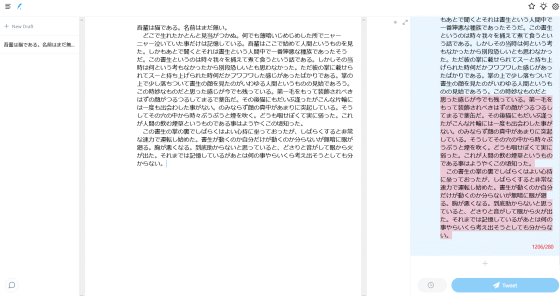 When you've finished typing a long sentence, edit the text to fit the 280-character limit. Editing is simple, just insert two columns of line breaks where you want to split the thread. When you insert a line break in two columns, it is reflected in the area on the right side in real time, and the text after the line break is displayed as a separate tweet in a thread. 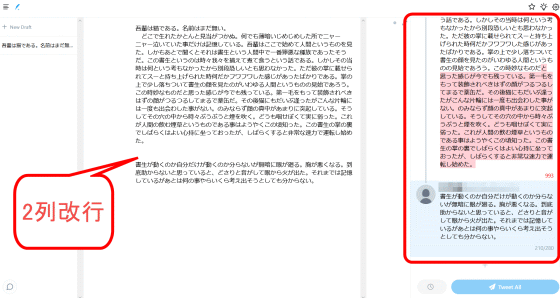 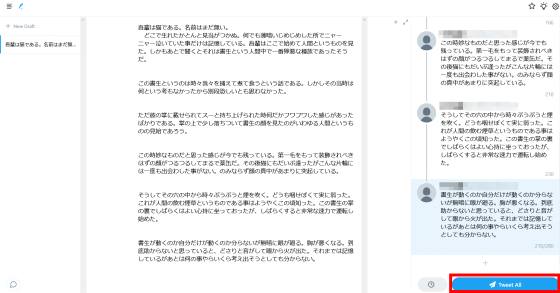 When 'Tweeted' is displayed, the batch posting is complete.

When I actually checked the timeline, the tweets that were split as edited by Typefully were posted in threads.

Typefully also allows you to save drafts of posts. If you click 'New Draft' on the left side of the screen while editing the text ... 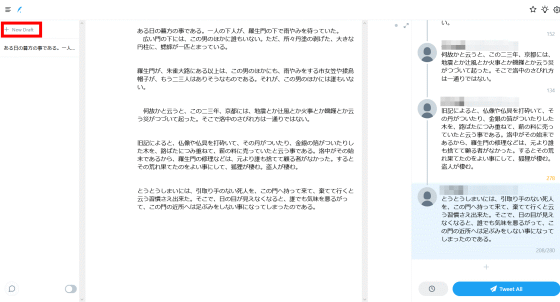 The text you were editing is saved and you can edit the new text. Also, if you click the button at the bottom left of the screen ... 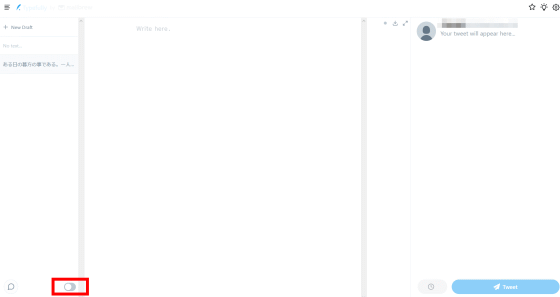 The area on the left switches from the draft list display to the posted text list display. When I click on the text I posted earlier ... 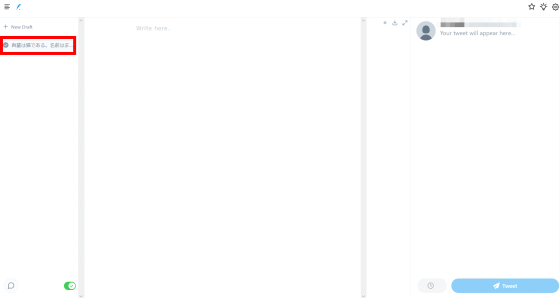 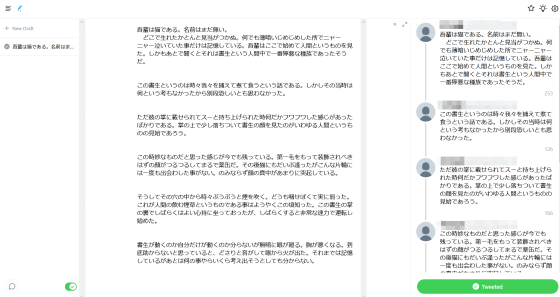 When I actually tried using Typefully, there are some parts where Japanese support is insufficient, but since you can edit the text while checking the thread display in real time, you can thread long sentences with sentences separated at appropriate positions that are easy to read. I was able to post.