A fine of 196.7 million Turkish lira (¥ 2.69 billion) to Google for 'violating fair competition rules and abusing market dominance through advertising' by a competition committee cracking down on Turkish market monopoly It is reported that he was fined.

A situation where social media is blocked on a large scale in Turkey, there is also a view that it is regulated by the authorities --GIGAZINE 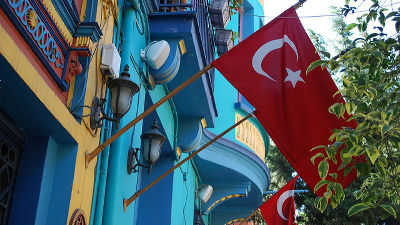 This regulation also covers Wikipedia, which has been restricted to Wikipedia for over two years. Furthermore, in July 2020, the 'Bill that allows the government to force Twitter and Facebook to delete content' was passed. Facebook was in direct opposition to the law and decided against the legal regulation that 'representatives must be in Turkey.' It has been pointed out that Facebook may also be subject to penalties such as fines and speed limits. Sarphan Uzunoğlu , a Turkish media communication scholar, said, 'Google's algorithms show changes in consumer behavior and at the same time are the ones that most closely interfere with consumer behavior. Google says which products and services It has the ability to determine how it can be accessed globally, 'he said, adding that Google, which dominates the digital advertising market, has almost as much influence as the Internet.

According to Uzunoğlu, Turkey has decided to follow the EU's decision towards tech companies. 'Turkey would have become a leader in emerging markets by cracking down on Google,' Uzunoğlu said.

In addition, the Turkish competition committee has given Google a six-month grace period until it 'fixes the problem and ends the unfair advertising strategy.' Uzunoğlu said, 'A complete disconnection of Google-related connections risks a big blow to Turkey, which could lead to some compromise between the competition committee and Google.' I expect.