In Turkey, a bill that can force SNS such as Facebook and Twitter to block or delete content has been enforced, and criticism has been raised that freedom of expression will be hindered. According to this law, Facebook needs to have a representative in Turkey, but Facebook did not comply with the law and decided not to have a representative in Turkey in the future. This could allow Facebook to impose fines, block ads, and speed limits of up to 90%.

In Turkey, on July 29, 2020, a bill was passed that would allow the government to 'block or delete content' on major social media such as Twitter, Facebook, and YouTube, and came into effect on October 1. According to the law, SNS operators used by more than 1 million people a day in Turkey must have a representative in Turkey, and if no representative is appointed, the operator will be fined in stages and the communication speed will increase. It is said that it will be limited by up to 90%. The law is believed to be aimed at curbing criticism of the administration, and has been criticized for hindering freedom of expression. 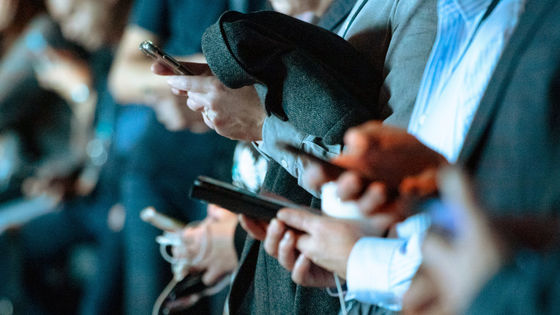 Yaman Akdeniz , a Turkish academic and cyber rights activist, posted on Twitter that Facebook had informed him that 'Facebook has decided not to have a representative in Turkey.' Facebook has not announced any official comments on this matter.

According to a report released in February 2020, Facebook can reach 37 million users through advertising on the platform, but it does not have a physical office in Turkey and its service in Turkey is based in London. The employee who puts it is in charge. Facebook is expected to continue to do business in a similar fashion, despite new pressure from the Turkish government.

'I wanted a decision like this. It's not an easy decision given business interests. This will be a big headwind for Turkey's plans to control social media,' said Akdeniz. I will. Regarding Twitter, which is affected by the law that came into force as well as Facebook, Akdeniz said, 'I do not know what decision Twitter will make, but Facebook's decision not to appoint a legal representative in Turkey It should also influence Twitter's decisions. '

The enactment of the new law is said to have been triggered by a personal attack by Twitter users when the daughter of Turkish President Erdogan gave birth. It's unclear if Turkey will actually impose penalties on Facebook, which doesn't comply with the law. In addition, Google and YouTube have not commented on future support.