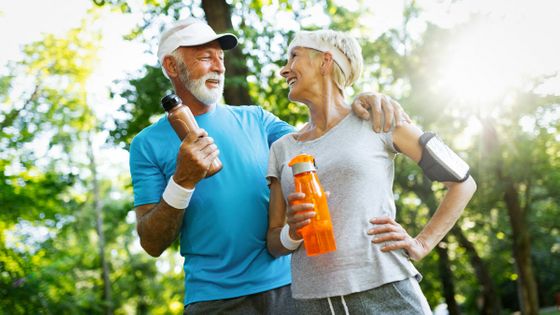 Exercise is one of the most important activities in improving health, especially

in the elderly, who are prone to muscle weakness and various problems due to aging . From the results of large-scale observational studies, it is known that people with more active physical activity have a lower risk of death . A new study examining 'exercise intensity' and mortality showed that exercise intensity itself did not affect mortality in the elderly.

Effect of exercise training for five years on all cause mortality in older adults—the Generation 100 study: randomized controlled trial | The BMJ
https://www.bmj.com/content/371/bmj.m3485 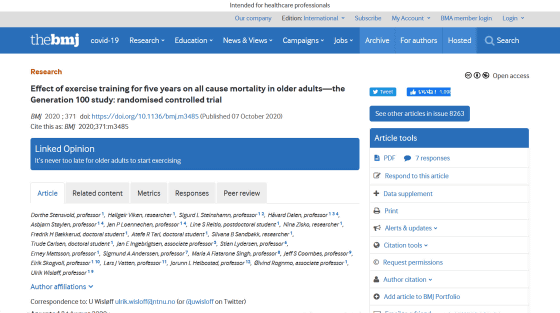 The experiment was attended by 1567 elderly people living in Trondheim , Norway. The breakdown of the subjects was 790 females and 777 males, and the average age at the start of the experiment was 73 years old.In the pre-experiment questionnaire, 87.5% answered that they were 'healthy' and 80% were medium. -It was reported that he was performing a high level of physical activity.

Of the 1567 subjects, the research team included 400 in the High Intensity Interval Training (HIIT) group, 387 in the Medium Intensity Continuous Training (MICT) group, and the remaining 780 in the Norwegian I assigned it to a group that ' exercises to the extent that it follows the guidelines for physical activity '. Each group carried out a program according to the prescribed exercise intensity twice a week continuously for 5 years. 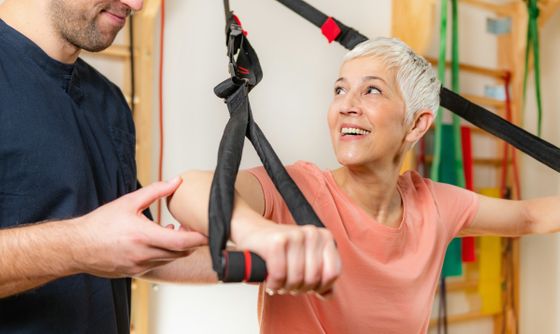 At the completion of the five-year program, 4.6% (72) of all subjects had died. The research team compared this number with the mortality rates in the 'HIIT' group, the 'MICT' group, and the control group 'guideline level group'.

In this experiment, the subjects in the control group may have had a lot of physical activity outside the program, and there were more healthy subjects than initially expected at the start of the experiment. There were some restrictions. On the other hand, the research team believes that this experiment, which has been monitoring a large number of subjects for five years, has many useful points. 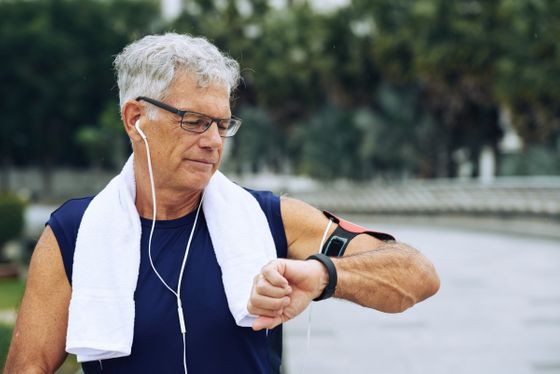