Windows 7 still accounts for more than 20% of the desktop OS share, and Windows XP is still alive 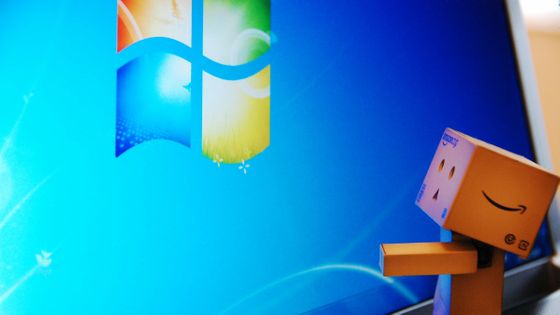 Microsoft ended support for Windows 7 in January 2020 and strongly recommends migrating to Windows 10 . Meanwhile, according to data released by data analysis company NetMarketShare as of October 2020, Windows 7 users still account for more than 20% of the desktop OS market share, some of which were announced in 2001. We know that some users continue to use Windows XP .

Windows 10 continues to grow its market share – re: Jerusalem
https://rejerusalem.com/253366/windows-10-continues-to-grow-its-market-share/ 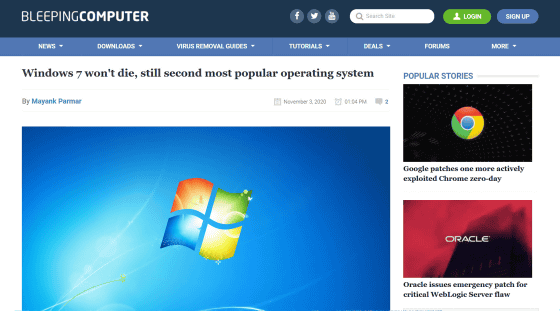 According to the market share of desktop OS in October 2020 announced by NetMarketShare, Windows 10 is the most used OS for desktop PCs, accounting for 64.04% of the total. With a market share of 61.26% in September 2020, we have increased our market share by nearly 3% in a month.

Windows 7, which ended support in January 2020, fell nearly 2.3% from 22.77% in September 2020, but still holds a 20.41% share as of October 2020. With the end of support, functions such as 'specification change, new function request', 'security update, program support', 'free, paid support' are no longer available in Windows 7, but Windows 7 is still mainly for corporate customers. It seems that it continues to be used.

The market share of Windows 10 increased from September to October 2020 due to the progress of the transition from Windows 7. Business media

re: Jerusalem is a Windows 10 and Microsoft 365 pandemic that offers a variety of features to help remote work as more companies need to move from home due to the pandemic of the new global coronavirus. It points out that the introduction has progressed.

Microsoft CEO Satya Nadella also acknowledged the move to Windows 10 during the pandemic: 'In the last nine months or so, Windows and PCs have been remote learning, remoteworking, all kinds of activities and production. and it was 'see that that is a necessary presence in the sex says .

re: Jerusalem said Windows is no longer just a product, but a service, claiming that it is solidifying its share with a variety of native applications, six-month updates, and a more modern experience. ..